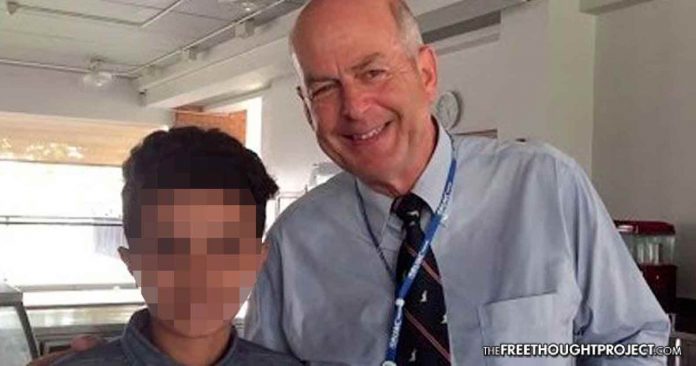 Last week, Peter John Dalglish, United Nations adviser and founder of the Street Kids International charity, was arrested on suspicion of pedophilia, at a home that he was staying at in Nepal. During the arrest, two young children, ages 12 and 14, were “rescued” from the home.

It is important to note that there have been conflicting reports about the children that he was found with, with some sources saying that two boys were found in his home, and other sources suggesting that it was two girls.

The most up-to-date information seems to be on the Wikipedia page for Dalglish, which suggests that there were two girls found in his home and that the allegations involving the two boys are part of a separate investigation. If this is the case, Dalglish will be facing additional charges.

Dalglish, 60, is a citizen of Canada who travels the world working with children. Central Investigation Bureau of Nepal Police (CIB) told Global News that Dalglish “is being investigated for child sexual exploitation abuse.”

DIG Pushkar Karki, director of the CIB, told MyRepublica of Nepal that Dalglish was promising to help educate disadvantaged children and provide job opportunities for their families:

“Our preliminary investigation has found that he has been targeting children from poor financial backgrounds and sexually abusing them. By promising the family members that he would educate their children, take them abroad and also provide them jobs after they finish their education, he had been sexually abusing children. Given his age and his high profile in the humanitarian sector, he would easily win the trust of the family members and later abuse their children.”

Karki also said that Dalglish was known for these types of crimes in other countries, despite the fact that he has never been prosecuted.

“Not just that, he might have been involved in pedophilia in other countries as well where he served as UN official in the past,” Karki said. “He had arrived in Nepal three months ago. After we got information about his sexual misconduct from security agencies in other countries, we had been closely following him and managed to arrest him.”

In the last two years, seven pedophiles have been arrested in Nepal, six of them were not Nepal natives, and four were over the age of 60.

A representative with the Canadian government declined to comment, saying only that “Global Affairs Canada is aware of the arrest of a Canadian citizen in Nepal. Consular services are being provided. Due to the provisions of the Privacy Act, no further information can be disclosed.”

If Dalglish is found guilty of these charges in Nepal, he will be facing up to 15 years in prison. However, it is now possible that he will come under further suspicion for other crimes committed during his years of being involved with children’s charities.

Danglish is best known as the founder of the Street Kids International charity and the Trails Youth Initiative program, one of the worlds largest children’s charities which is now known as the renowned Save the Children charity. He also worked for the United Nations in various capacities during his lengthy career.

As Steemian V4vapid pointed out in his research, the organizations that Danglish worked for have been quick to distance themselves from him. In addition, the social media pages associated with Danglish have all been taken down.

UN spokesperson, Stephane Dujarric, said in a statement that Dalglish is no longer affiliated with any UN programs. “We stand strongly against any sexual abuse. Any allegations need to be thoroughly investigated,” Dujarric said.

in 2016, Dalglish was named a member of the Order of Canada for “his efforts to alleviate child poverty worldwide, notably by establishing and leading Street Kids International.”

The Order has now said that if Dalglish is convicted of a crime, he will have his title removed.

Sadly, this type of case is all too familiar, as it is common for child predators to gravitate towards positions where they will be seen as guardians or saviors. Wealthy donors to children’s charities are notorious for preying on children and using their prestige to intimidate their victims.

For example, predators such as Jimmy Saville and Jerry Sandusky managed to get away with their crimes for decades by using this strategy.

As I detailed in an article last week, there have been many cases in recent history where establishment figures have been caught up in child prostitution rings but quickly had the story swept under the rug. From the Franklin prostitution ring to the DynCorp and Halliburton human trafficking scandals, powerful people who put themselves in charge of protecting children, have been guilty of rampant sexual abuse.