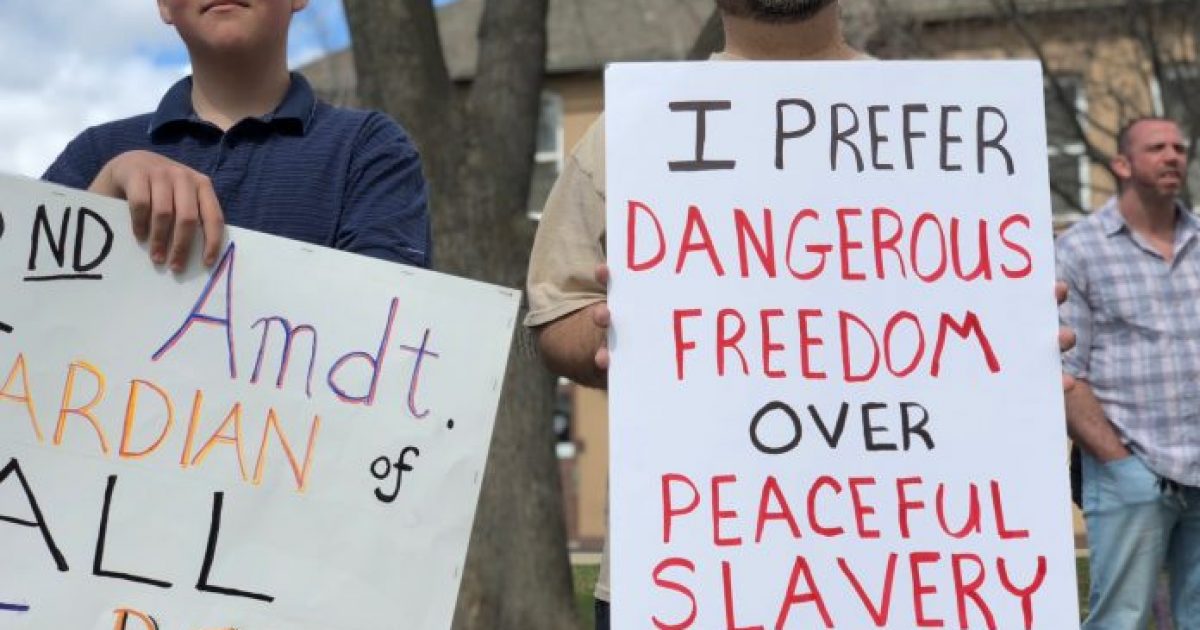 (Kalispell, MT) With all the coverage lately of teenagers and young adults marching to have their rights removed, one could easily conclude that the outlook for liberty in general, and the 2nd Amendment specifically, is quite bleak.

To me, this anti-freedom, liberty-hating agenda pushed by the failing propaganda press is one of the last plays of a movement overcome by desperation.

As my friends can attest to, I have stated for over 18 months that the establishment is finished.

Once the “powers that be” lost control of the mainstream narrative, their fate was sealed.

Alternative media kept hammering away with the truth, which made the lies of the MSM openly apparent.

Contrary to what is shown on the phony press, there is a movement to regain control of our government and shift the narrative back to Constitutional principles.

Although there are many elder statesmen who are deeply steeped in the fight, it is the youth who will eventually win the day.

By all appearances, Ron Paul left the “Liberty” movement smoldering, while Donald Trump has been fanning the flames into a growing inferno.

People inherently want to be free, a fact that was clearly apparent in the minds and hearts of everyone who showed up in Kalispell’s Depot Park at the pro-gun, “Rally for Our Rights” over the weekend.

Despite facing verbal abuse hurled at them by teachers from their own school, these three young men soldiered on and successfully pulled off a very inspiring event.

I was contacted by one of the organizers to capture a video diary of the rally, which I was delighted to do.