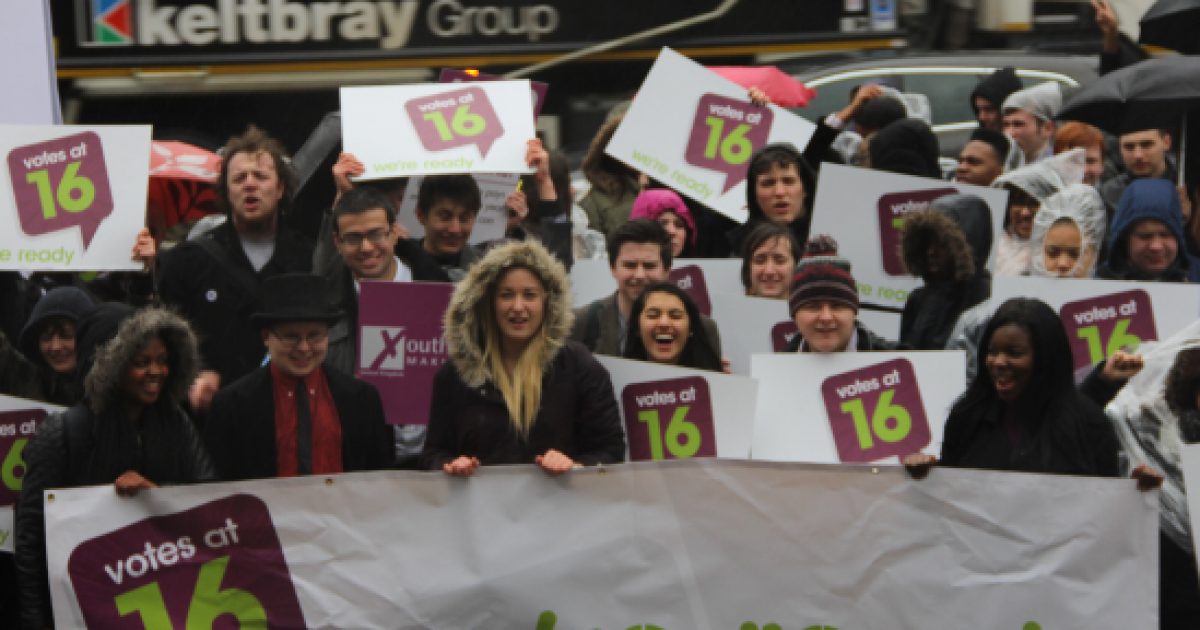 Washington, D.C. Democrat Council Member Charles Allen introduced legislation that would lower the age to vote to 16 in the 2020 elections for both local and federal elections.

Democrats are in panic mode as they are losing their grip on reality every day.  Still, the latest push by the March For Our Lives Communists have probably spurred this bill forward.

The typical sixteen-year-old in America works, drives and may even be responsible for caring for younger siblings or family members, so why can’t they vote? More than one politician in D.C. thinks they should be able to.

D.C. council member Charles Allen (D-Ward 6) introduced legislation on April 10th that would lower the voting age to 16 in the 2020 federal and local elections. Allen said he was inspired by the high schoolers leading the March For Our Lives initiative, and seven of 13 D.C. council members support the legislation.

Well, on the surface, I would almost agree.  There are many 16-year-olds who do those things, but there are many who simply don’t.  There is also a part of me that wants to side with those who do because, after all, they are paying taxes from their paychecks, and possibly property taxes on cars they may own along with taxes on virtually everything they purchase.  So, in that sense, a part of me thinks they should have a say in that.

However, understanding how our education system is and the fact that these teens also, for the most part, live at home with mom and dad, then their parents speak on their behalf, and so this is where I draw the line.

Multiple votes in households is counterproductive.  Obviously, the head of the home should be the one that represents the family and gives a voice for the family in the political sphere.

The voting age really doesn’t need to be lowered or raised.  What we need is an educated populace that is not spoon fed by a complicit media and the two-party system, something our founders warned about.

“I think people are getting excited about this, especially with what’s going on in the nation right now in terms of youth leading social change,” 18-year-old high school senior Alisha Chopra told USA Today. “So I think that people are going to be very excited about it and want to get on board.”

The last time the voting age was lowered in the United States was in 1971 during the Vietnam War, when students argued that if an 18-year-old could be drafted they should be allowed to vote.

MSN also points out, “In 2013, 16 and 17-year-olds in Takoma Park, Maryland were allowed to vote in the municipal election. However the District of Columbia is considered a state in many ways, and as a result, can lower the voting age to allow teens to vote for the president of the United States.”

A public hearing is scheduled for June.  A vote on the legislation is expected to occur before the end of the year.

Personally, I don’t think it has enough support to pass and furthermore, it demonstrates the hypocrisy of these Communist Democrats.  On the one hand, they want to lower the voting age to 16 and on the other, they want to raise the age of a person being able to purchase a rifle to 21!  These people have not standard for such whimsical ideas and it’s more than likely rooted in their lack of a standard for an authority that determines proper morality and law.