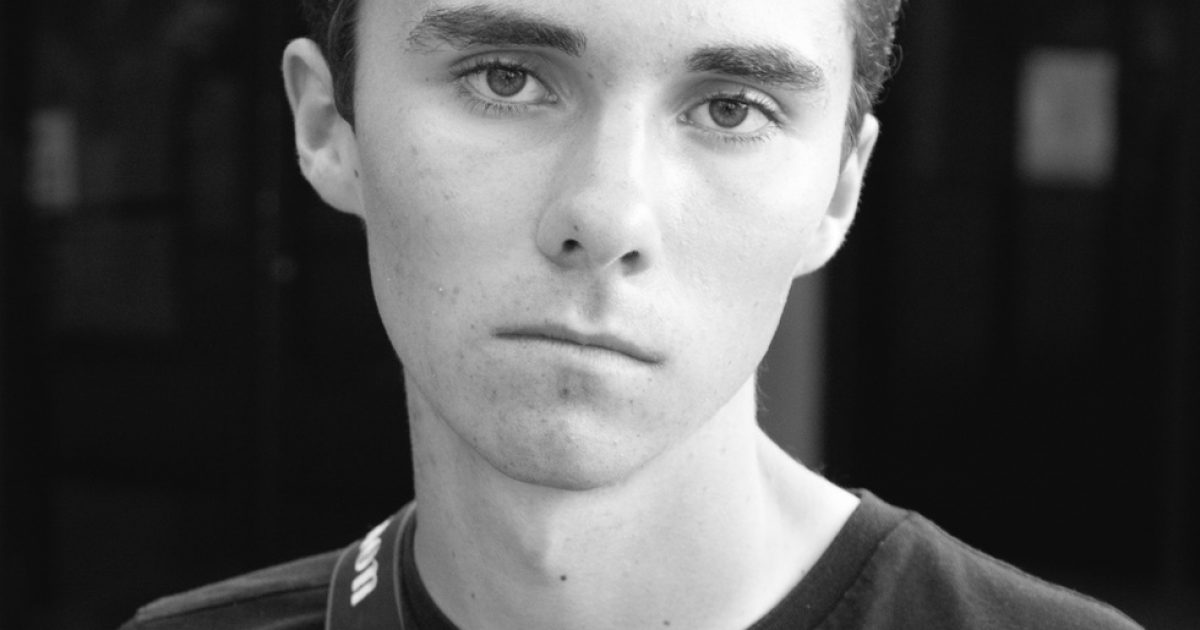 Little David Hogg‘s fifteen minutes of fame seem to be pretty much over.  Sure, he is still a very loud and foul-mouthed little boy and active on social media, but his rants and attacks on companies and Laura Ingraham have backfired on him big time, and his latest call for boycotting Vanguard and BlackRock, two of the world’s biggest investors in gunmakers, seems like it is going down the same impotent road.

Hogg’s attempt at pushing for a boycott of Fox News host Laura Ingraham backfired on him.  Chris Menahan pointed out:

Ingraham’s ratings have surged massively in the key demo and hit new all-time highs overall upon her returning to the air last week.

Ingraham went on vacation on March 3o after advertisers began bailing on her show because she mocked Parkland shooting survivor David Hogg for “whining” about not getting into colleges. But in her return to the airwaves last week, she was up 25 percent in total viewers and 36 percent in the key 25-54 demo, compared to her averages for the first three months of the year.

She averaged 3,099,000 total viewers and 685,000 in the 25-54 demo. The numbers included a bump in viewership for Friday’s coverage of the airstrikes on Syria, which also improved ratings for her competition at MSNBC and CNN. Ingraham beat both networks in total viewers and the demo last week.

After returning, she bravely criticized the Syria strikes and mocked Sebastian Gorka for lashing out at her other guest for opposing them.

Last week, Ace Hardware reversed its decision to stop advertising on her show, exactly one week after it announced it would part ways with the Fox News host.

On Tuesday, Hogg, attempting to keep himself in the limelight, took to Twitter to call for another boycott after that miserable failure.

“.@blackrock and @Vanguard_Group are two of the biggest investors in gun manufacturers; if you use them, feel free to let them know. Thanks,” he tweeted.

.@blackrock and @Vanguard_Group are two of the biggest investors in gun manufacturers; if you use them, feel free to let them know. Thanks 😉

He then provided data on the companies.

Obviously, the people he is tweeting too are mostly children who already don’t support these companies.  I guess he didn’t think about that.

A Vanguard spokesperson said that most Vanguard funds “do not have exposure to gun manufacturers,” and that 359 of its 388 funds do not directly invest in Sturm Ruger, American Outdoor Brands or Vista Outdoor. Investors can also put their money in a Vanguard social fund that excludes gunmakers.

“Importantly, Vanguard is taking action, meeting with the leaders of gun manufacturers and distributors,” the company said in a statement. “We want to know how they will mitigate the risks that their products pose and how they plan to help prevent such tragedies from happening again.”

Several people called out Hogg for attempting to get himself all over the media at the expense of his dead friends.

Fellow student Kyle Kashuv, whom neither Hogg nor any of his Communist friends will debate, referred to Hogg as a “clown.”

“You’re an utter clown,” he tweeted to Hogg.  “Playing with people’s livelihood for your political gain makes you a coward with a severe disregard for facts.”

Playing with people's livelihood for your political gain makes you a coward with a severe disregard for facts.

The funny thing is that these companies are more than likely supporting an agenda against citizens being armed, but they also know there is money to be made from investments in those companies and they don’t seem to be backing away from that.  In an interview with CNBC, BlackRock CEO Larry Fink, a Democrat, said that the company has investment funds for those who don’t wish to invest in gun stocks, but very few people want them.

I’m thinking that Hogg is on his way out, though he doesn’t quite know it yet.  His time was up the week of the Parkland shooting.  The only reason I even covered him was to expose his lies and the agenda behind them, along with the fact that he is nothing more than a sock puppet for Communists and anti-Americans.

Here’s looking for this latest boycott to blow up in his face.