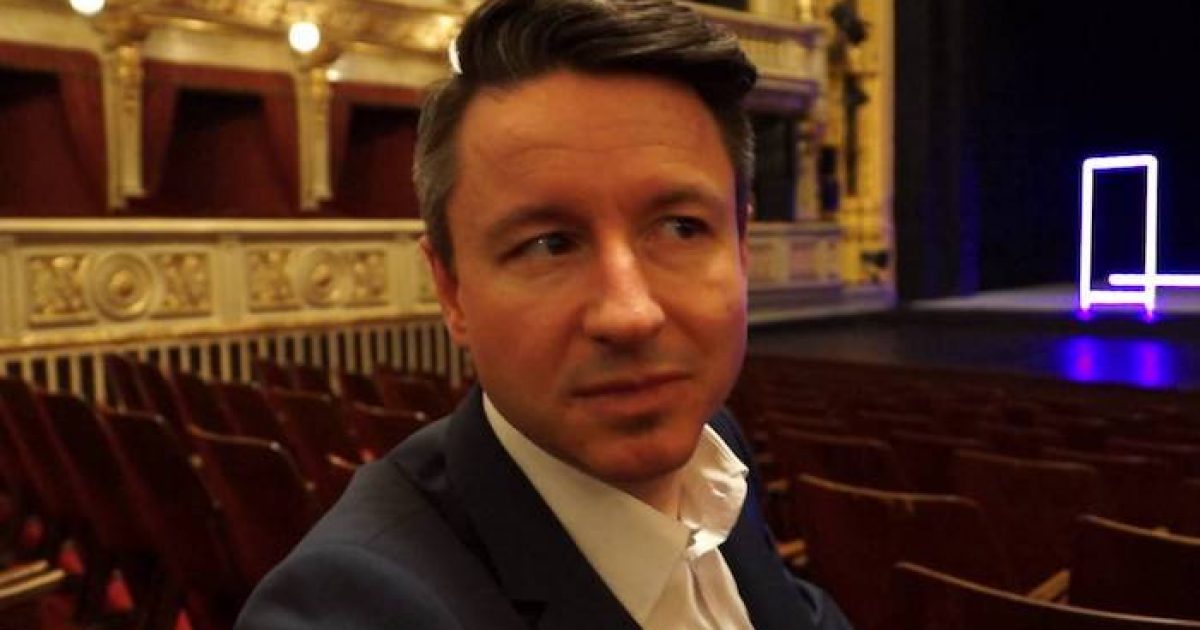 Editor’s Note: Not only is this blasphemous but it is historically inaccurate not simply because Jesus didn’t do this but because Islam didn’t exist for hundreds of years after Christ’s earthly ministry.  Yet, the tickets were sold out for this disgusting event.

“The performance offers a view of Europe taken unawares by the migrant crisis. It asks unpleasant questions about religion, Europe’s stance on the situation in the Middle East and different approaches to terrorist attacks in Europe, Baghdad and Kabul in a provocative way, the festival programme managers say.”

A few lessons from this:

1. Europe’s political and media elites want to convince everyone, by means of a relentless propaganda barrage, that in Europe today, the villains are the “racist” “Islamophobes,” and their innocent victims are Muslims. There is no recognition of spiraling rates of rape and other crimes by Muslim migrant, nor acknowledgment of the establishment of Sharia enclaves. The only reason why anyone could possibly be opposed to the Muslim migrant influx is because one is a neo-Nazi. And if you disagree with that, you must also be a neo-Nazi.

2. One can commit blasphemy against Christianity and offend Christians with impunity. It’s cool, it’s edgy, and no one is going to get hurt. But blaspheming Islam and offending Islam? That is a grave offense, punishable by law in many places and elsewhere a sure career-killer that will get you labeled as outside the realm of polite society. The unspoken subtext is that if you criticize Islam, some Muslims might kill you, and in this age of cowardice that is enough to get most people to stand down.

The play is sold out. So is the Czech Republic.

“Bishops criticise play in which Jesus rapes Muslim at festival,” ČTK, April 20, 2018 (thanks to The Religion of Peace):

Brno, April 19 (CTK) – Czech bishops have distanced themselves from the performance “Our Violence and Your Violence,” in which Jesus rapes a Muslim woman, in the programme of the May theatre festival in Brno, in a letter they sent to Brno Mayor Petr Vokral (ANO) and released on their website on Thursday….

The controversial performance, directed by Croat Oliver Frljic, is staged jointly by the Croat National Theatre in Rijeka and the Slovenian Mladinsko Theatre in Ljubljana.

Cardinal Dominik Duka, primate of the Czech Catholic Church, called the play “the sale of Christianity and its ideals.” He also said this concept offended not only Christians, but also Muslims and all Czechs.

The bishops of the Roman Catholic dioceses and the Apostolic Exarch representing the Greek Catholic Church dealt with the theatre performance at the plenary session of the Czech Bishops’ Conference in Nitra, west Slovakia.

In the past days, the festival organiser, the National Theatre in Brno, rejected the effort to withdraw the performance from the programme, which the Christian Democrats (KDU-CSL) and Communists (KSCM) demanded in the municipal assembly.

Festival director Martin Glaser stressed that the topic of this year’s festival was freedom. Though Frljic’s performance is an extreme art expression, this is a legitimate part of theatre, he said….

The performance offers a view of Europe taken unawares by the migrant crisis. It asks unpleasant questions about religion, Europe’s stance on the situation in the Middle East and different approaches to terrorist attacks in Europe, Baghdad and Kabul in a provocative way, the festival programme managers say.

The performance for 200 viewers scheduled for May 26 is sold out….

On Wednesday, Orthodox priest Libor Halik, who often protests against abortion, was standing with a big wooden cross outside the Husa na Provazku theatre where the controversial play would be shown.

On the other hand, colleagues from other theatres have supported the Brno festival organisers.