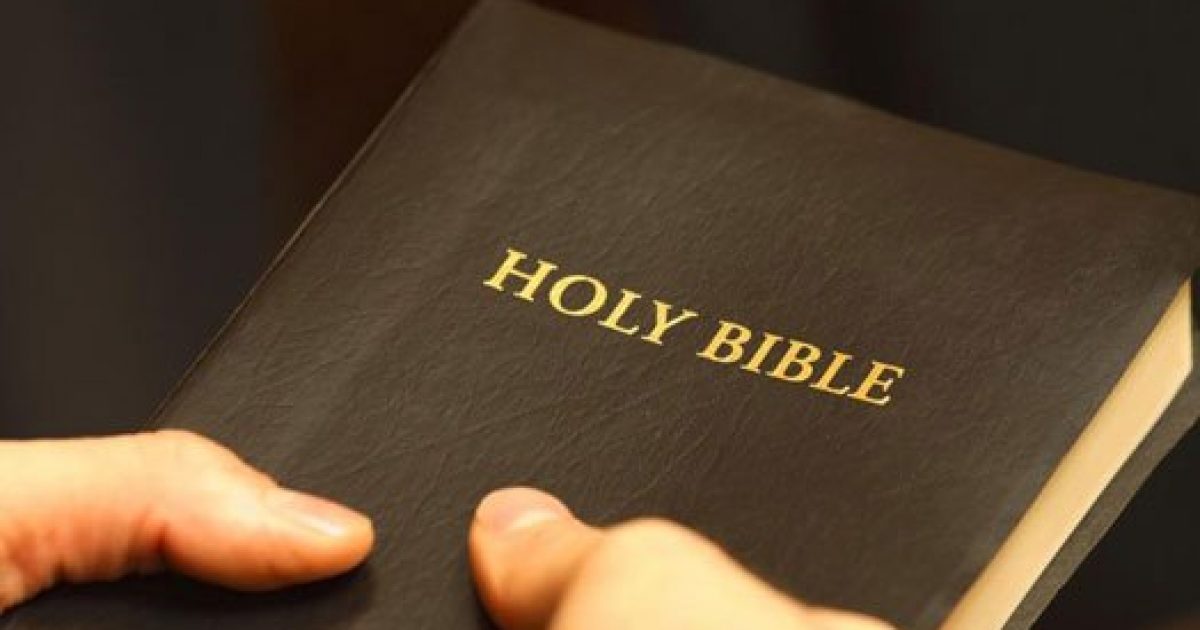 A new bill in California is said to be so vaguely written in its attempt to silence those who would seek to help those who are confused about their gender and sexual attraction that some, including a gubernatorial candidate, have said that if it became law it could be used to ban such books as the Bible.

The bill was shortly discussed on One America News in an interview with California State Assembly member Travis Allen, who is running for governor as a Republican.

Liz Wheeler asked Allen, “This is essentially criminalizing religious beliefs. And I don’t mean to speak in hyperbole here, but if this bill were to pass, would this prohibit the sale of the Bible, that teaches these things about sexual morality?”

“Well, literally, according to how this law is written, yes, it would,” Allen answered.  “This is, you know, PC culture, politically correct culture, gone horribly awry. This is really directly hitting at our First Amendment rights as American citizens. Now the Democrat legislators in this building, right behind me, the California state legislature, they want to tell you how to think, what sort of books that you can read, write and purchase.”

Immediately, it should be noted that this bill states clearly demonstrable lies that cannot be substaniated.

The Legislature finds and declares all of the following:
(a) Being lesbian, gay, or bisexual is not a disease, disorder, illness, deficiency, or shortcoming. The major professional associations of mental health practitioners and researchers in the United States have recognized this fact for nearly 40 years.

It goes on from there to try to protect those who are mentally ill to think and engage in sexually immoral behavior by reminding those who want to try and actually him them to think rightly about their sexuality and gender to “keeping in mind the medical dictum to first, do no harm.”

I honestly find it the most hypocritical thing for those who cry and scream and threaten those that would stop their holocaust of the unborn to cite anyone to “first, do no harm.”

Now, immediately many outlets latched onto the fact that the bill is so vague that it could potentially be used to ban the Bible, and I believe rightly so.

Assembly Bill 2943 (A.B. 2943) would amend the Consumer Legal Remedies Act to ban as “unfair or deceptive acts or practices … the sale or lease of goods or services” that promote “sexual orientation change efforts.” If enacted, this law would enable any LGBT person to object to any good or service promising freedom from unwanted same-sex attraction or gender dysphoria (the persistent condition of identifying with a gender opposite your birth sex) as “fraudulent.”

The Consumer Legal Remedies Act, passed in 1970, banned unfair commercial practices in order to protect consumers who had been duped or misled. As A.B. 2943 explains, “Existing law authorizes any consumer who suffers damages as a result of these unlawful practices to bring an action against that person to recover damages, among other things.”

The new bill would add “sexual orientation change efforts” to the list of banned practices. A.B. 2943 defines these efforts as “any practices that seek to change an individual’s sexual orientation. This includes efforts to change behaviors or gender expressions, or to eliminate or reduce sexual or romantic attractions or feelings toward individuals of the same sex.”

It uses the state’s consumer fraud statute to restrict religious freedom and free speech when it comes to issues of homosexuality and gender identity.

This means the bill would make it illegal to distribute resources, sell books, offer counseling services, or direct someone to a biblically based model for getting help with gender confusion and homosexuality.

Randy Thomasson with SaveCalifornia.com says the bill is very broad and could affect just about anything helping people overcome same-sex desires.

Essentially, churches and Christian schools that share biblical teaching on the subject would be open to a lawsuit.

National Review not only saw it as an attack on religious freedom, but free speech as well, as columnist David French wrote, “Talk of political compromise is meaningless when one side seeks your silence.”

Specifically, the bill’s ban of books and literature that seek to address a person who has a wrong view of sexual morality, attraction for the opposite sex or is confused about their gender, something Bible not only addresses but provides answers for all these things, namely repentance and trust in the person and work of Jesus Christ to overcome such sins (lawlessness).

The bill would make it an “unlawful business practice” to engage in “a transaction intended to result or that results in the sale or lease of goods or services to any consumer” that advertise, offer to engage in, or do engage in “sexual orientation change efforts with an individual.”

(a) “Goods” means tangible chattels bought or leased for use primarily for personal, family, or household purposes, including certificates or coupons exchangeable for these goods, and including goods that, at the time of the sale or subsequently, are to be so affixed to real property as to become a part of real property, whether or not they are severable from the real property.

(b) “Services” means work, labor, and services for other than a commercial or business use, including services furnished in connection with the sale or repair of goods.

(d) “Consumer” means an individual who seeks or acquires, by purchase or lease, any goods or services for personal, family, or household purposes.

(e) “Transaction” means an agreement between a consumer and another person, whether or not the agreement is a contract enforceable by action, and includes the making of, and the performance pursuant to, that agreement.

The bill then defines “sexual orientations change efforts” as “any practices that seek to change an individual’s sexual orientation. This includes efforts to change behaviors or gender expressions, or to eliminate or reduce sexual or romantic attractions or feelings toward individuals of the same sex.” (Emphasis added.)

This is extraordinarily radical. Christian orthodoxy is simple — regardless of a person’s desires (their “orientation”), the standard of right conduct is crystal clear. Sex is reserved for marriage between a man and a woman. When it comes to “gender expression,” there is no difference between “sex” and “gender,” and the Christian response to gender dysphoria is compassion and treatment, not indulgence and surgical mutilation.

Put another way, there is a fundamental difference between temptation and sin. California law would intrude directly on this teaching by prohibiting even the argument that regardless of sexual desire, a person’s sexual behavior should conform to Biblical standards.

Christians find their identity in Christ, not in their gender and not in their sexual orientation. The state of California says no. Your gender and your orientation are your identity, and you should engage in actions that celebrate and ratify your alleged essence. The state is creating a new religion of sexual libertinism, declaring that religions opposing it aren’t just false but harmful, and then prohibiting contrary religious exercise.

That’s just the point that Allen was making.  It’s vague, but it does address specific content.

Anthony Samson, a Sacramento attorney and policy advisor told us by email that the bill would prohibit conversion therapy “as a commercial service in exchange for monetary compensation,” adding:

It does not apply to the sale of books or any other kind of goods, and it does not prevent anyone from speaking or writing on the subject of conversion therapy in any forum.

Low’s bill does not seek to outlaw all religious or moral instruction regarding sexuality and sexual orientation, nor would it ban the sale or possession of generic religious texts such as the Bible. Christian dogma might form the basis of efforts change a person’s sexual orientation, but the Bible itself is not a “gay conversion therapy” manual.

None of that is true.  It does specifically target literature and it does prevent people from engaging in “conversion therapy in a lot of “forums.”

Furthermore, Snopes seems to forget how welfare, as we know it, wasn’t interpreted that way until well over a hundred years after the Constitution was written, and I might add, is still interpreted wrong today.  The same is true with the Supremacy Clause and a host of other statements in the Constitution.  This is the problem with the bill on top of the fact that this is an issue of free speech and free exercise of religion, something that should leave this bill in the trash heap and Low removed from office, but it’s California, so that’s probably not going to happen.

Low’s bill does target religious and moral instruction by definition since he is seeking to protect that lawless behavior of those engaged in open sin.  It seeks to silence the remedy, namely the Gospel of Jesus Christ, that addresses the problem.

While it is true the Bible is not specifically for addressing sodomy or homosexuality, it does address it among many other lawless acts of men, and unlike Low and the State of California, it actually provides real answers for real people, including the civil government.