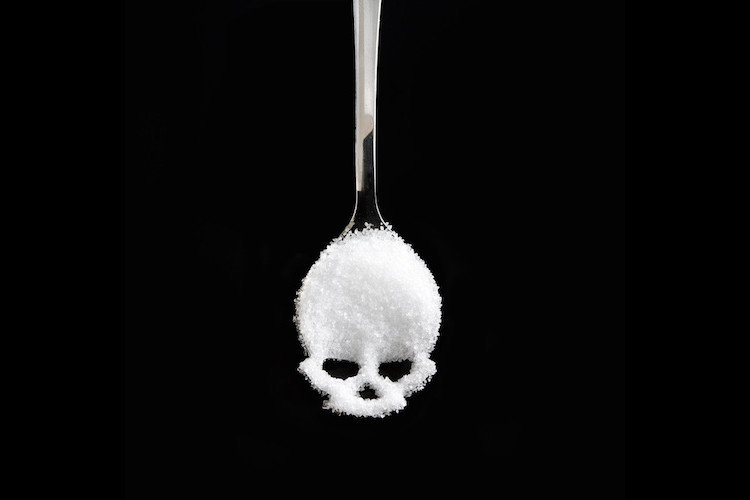 In recent years we’ve learned a great deal about the dangers of sugars, even finding out that research was compromised in the 1970’s, misleading the world about its dangers. It is as addictive as cocaine, it is linked to diabetes and many doctors and scientists believe that it may be the leading cause of cancer worldwide.

In and of itself, that’s a lot of bad press, but a new study serves as a warning to pregnant women and new mothers, suggesting that sugar may actually be to blame for poor childhood cognition. That’s right, sugar consumption may be dumbing down children, negatively affecting cognitive abilities and speech functions.

Published in the American Journal of Preventive Medicine, a new study looked at the effects of consuming greater quantities of sugar, and the results are startling.

“A new study has determined that poorer childhood cognition occurred, particularly in memory and learning, when pregnant women or their offspring consumed greater quantities of sugar. Substituting diet soda for sugar-sweetened versions during pregnancy also appeared to have negative effects. However, children’s fruit consumption had beneficial effects and was associated with higher cognitive scores.” [Source]

The study primarily focused on the effects of the consumption of sugar-sweetened beverages, and suggests that ‘diet’ versions of drinks and food products are more dangerous than products that contain real sugar. This is not surprising considering supporting research which shows how dangerous sugar substitutes really are.  Splenda, for example, is fraught with dangers and can be highly damaging to the gut microbiota and can suppress thyroid function.’

Additionally, it is important to note that the consumption of natural fructose and fruits actually had a positive effect on childhood cognition, meaning that the processed foods present a grave danger that we don’t dully understand, and that the body and mind thrive on natural foods.’

For further explanation of what this may mean to pregnant women and new parents, Dr. Rhonda Patricknotes:

The study also found that substituting diet soda for sugar-sweetened soda during pregnancy was also linked to negative effects. However, children’s fruit consumption (but not fruit juice) had beneficial effects and was associated with higher cognitive scores.

As with any observational study, it is difficult to establish causation. However, the data was adjusted for a variety of other health and socioeconomic factors which does strengthen the data.

Consuming sugar may be one of the most dangerous lifestyle choices a person can make.

This article (New Study Warns that Processed Sugar Consumption May be Dumbing Down Young Children) originally created and published by Waking Times and is published here under a Creative Commons license with attribution to Alex Pietrowski and WakingTimes.com.