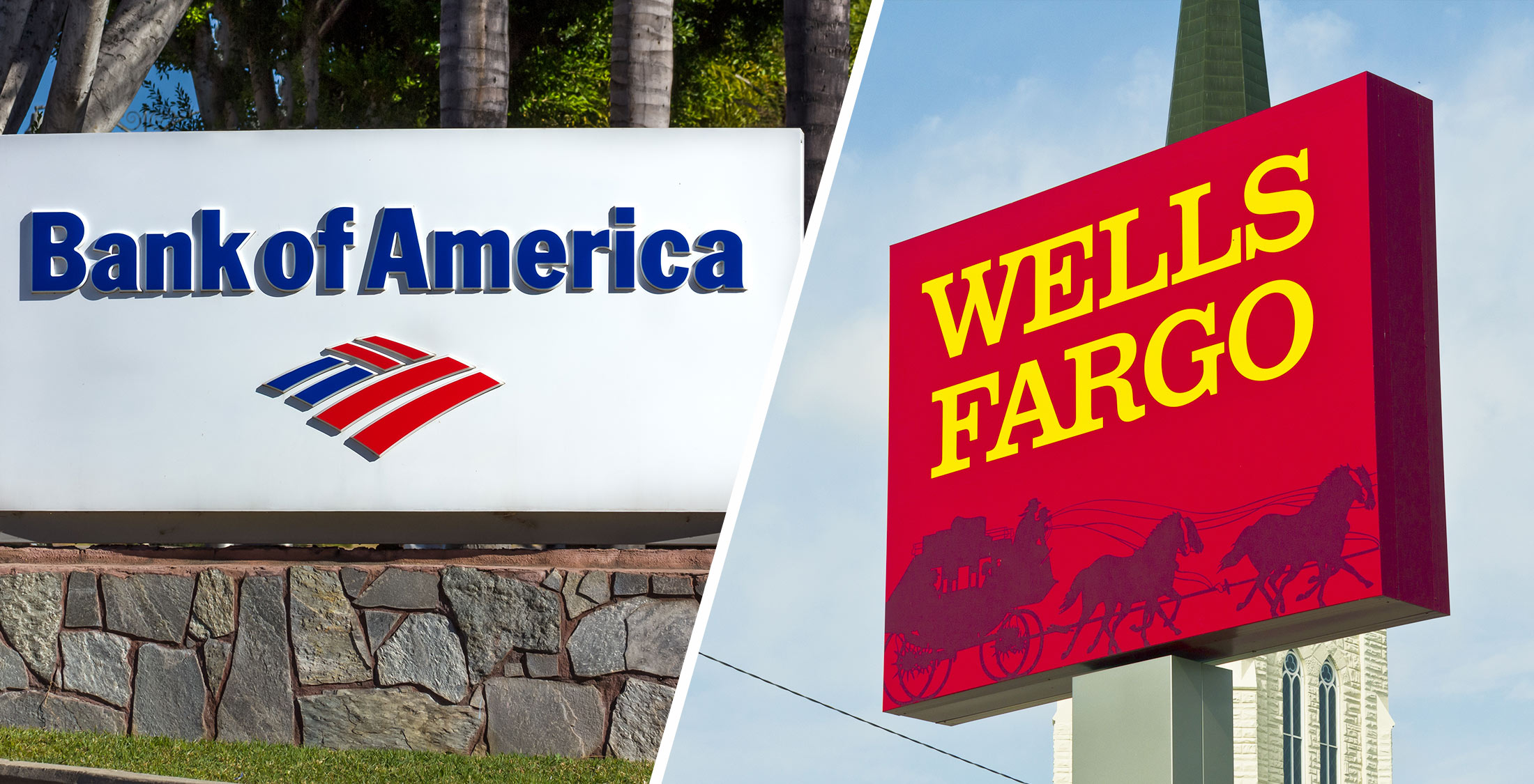 The American people lent $45 billion to Bank of America during the bailout. That bailout came with a hefty $100 billion guarantee against losses on toxic assets.

That money came from American taxpayers. It came from gun owners and non-gun owners.

But Bank of America has warned that it will refuse to lend money to manufacturers of “assault-style guns”. It had previously announced it was edging away from the coal business to fight global warming.

Citigroup got $476 billion in cash and guarantees: the most of any bank. Now Citibank is repaying the generosity of the American people by requiring its clients to impose their own gun control policies on their stores. Impose gun control on your customers or Citibank will discriminate against you.

Next up is Wells Fargo. The stagecoach brand has said that it’s up to the government to impose gun control, but that it is discussing gun safety with its clients. That’s not enough for outraged activists. The American Federation of Teachers, an organization that runs on extorting money from teachers and taxpayers, warned Wells Fargo that it had to choose between firearms manufacturers and the AFT.

Bank of America announced its move to Bloomberg. The eponymous media outlet is associated with the billionaire sugar daddy of the anti-second amendment lobby. That wasn’t a coincidence. Neither was Citigroup making its announcement through Ed Skyler, Bloomberg’s former Deputy Mayor.

This phase of the pressure campaign got its start from a New York Times column by Andrew Ross Sorkin which wondered, “What if the finance industry — credit card companies … credit card processors … and banks … were to effectively set new rules for the sales of guns in America?”

If the banks wouldn’t play ball, then their biggest customers, “McDonald’s, Starbucks, Apple, Amazon, AT&T, CVS and others” would be pressured into pressuring them. That way a few corporations could decide which parts of the Constitution they’ll write out of existence in their Terms of Service.

And then Sorkin began calling up chief execs to discuss his bright idea for corporate government. They included Citigroup CEO Michael Corbat who had served on Obama’s Advisory Council on Financial Capability and had hosted a retreat featuring Hillary Clinton. Citigroup had a long relationship with the Clintons and had warned that Trump’s victory could lead to an economic “slowdown”.

A follow-up article suggested modifying merchant control codes to single out any store that sells firearms and using GPS signals to shut off credit card transactions around gun shows.

The extensive surveillance powers of financial companies would be used to build a police state.

Citigroup’s spokesman claimed that, “we created standards based not on ideology, but on established best sales practices.” But Ed Skyler’s ranting announcement clearly shows that to be a lie.

“Over the same amount of time, we have waited for our grief to turn into action and see our nation adopt common-sense measures that would help prevent firearms from getting into the wrong hands,” Ed Skyler had declared in his role as CitiGroup’s Executive Vice President of Global Public.

That’s an Everytown political campaign ad that could have come from his old boss, Michael Bloomberg.

Citigroup can’t have it both ways. It can’t beat the drum for gun control and declare that it’s non-ideological. You can virtue signal or be apolitical. But you can’t do both at the same time.

“The only reason that Citigroup is even in business today is because American taxpayers bailed them out during the Great Recession,” he noted. The Senator also expressed concern that the country’s financial institutions are being split up into “red banks and blue banks.” Mick Mulvaney, head of the Consumer Financial Protection Bureau, called the actions of the anti-second amendment banks, “troubling.”

The left has come a long way from hating corporations to setting up a corporate shadow government to dismantle the Bill of Rights. Get the banks to ban guns and social media companies to censor conservatives. And the left can divest from democracy and run the country from Facebook.

But behind the big banks is an even bigger government.

Mayor Rahm Emanuel, Chicago’s biggest thug since Capone, is backing an ordinance that would ban banks from doing business with his corrupt city if they don’t implement the same gun control boycott as Citigroup. According to its euphemistic Safe Guns Policy, “No financial institution would be eligible to do business as a City depository, underwrite municipal bond issues, or engage in a myriad of other financial transactions unless they file such an affidavit.” Capone could have said it briefer, but not better.

And Chicago’s gimmick would allow the failed city to impose gun control through the banks.

Chicago has been sliding toward bankruptcy almost as fast as its home state. But Chiraq put out $3 billion in AAA bonds, even though its bonds have been considered junk, through what one analyst called “smoke and mirrors”. But you can’t peddle Chicago junk bonds unless you also peddle gun control.

Not to be left too far behind Second City, New York State Comptroller Thomas J. DiNapoli sent letters to MasterCard among others, urging them to block credit card purchases of firearms and accessories.

New York is facing its biggest deficits in decades, and it has the second-highest debt in the nation. Behind California. But shrinking the Bill of Rights is more important than the financial health of the state.

Banking on gun control isn’t a new development. Under Obama, a covert version of it operated through an Obama DOJ program known as “Operation Choke Point.” Choke Point pressured banks into avoiding relationships with firearms businesses. The program was shut down by Attorney General Sessions.

But Operation Choke Point is being laboriously reassembled by a coalition of activist groups, state officials and corporations. Its rebirth in the private sector follows in the footsteps of similar efforts at building a shadow government that would maintain the initiatives and rules of the Obama era.

Choke Point 2.0 is just a decentralized version of an unconstitutional government program. The banks enforcing it are dusting off the same old “reputational implications” argument from Choke Point.

After losing the White House, the Senate and the House, the left is rebuilding its regulatory infrastructure using some of the same financial institutions that were funded by the bailout. The advantages of this move are that monopolistic institutions don’t need to worry about accountability to the public or the Constitution’s restrictions on violating rights by abusing government power.

Choke Point 2.0 is an ominous development. But it is also an important reminder.

The left is not against big banks. It is against freedom.

Every institution exists only as a means for the left to exercise its power, to impose collective systems and tear down individual rights. It is only opposes businesses to the extent that they represent individual initiative and personal freedom. But it will rule the country and enforce its will on us by any means.