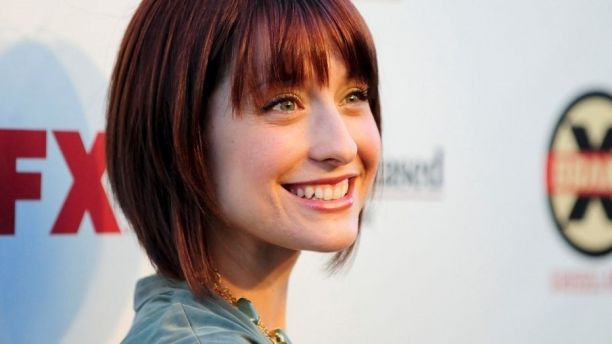 True to his word, President Trump is going after sex traffickers.

Three days ago, on April 20, 2018, federal prosecutors announced that actress Allison Mack, 35, best known for playing Superman’s platonic friend in the TV series Smallville, has been arrested on charges of sex trafficking and forced labor for her role in the NXIVM sex-slave cult.

“The Devil may appear in the vesture of the Angel of Light.”
–2 Corinthians 11:14

More than 12,000 people have attended NXIVM’s seminars between its founding in 1998 and 2010. Among its clients are notables such as actresses Linda Evans (always a sucker for cults) and Smallville‘s Allison Mack and Kristin Kreuk; UK mogul Richard Branson; BET co-founder Sheila Johnson; former U.S. surgeon general Antonia Novello; Stephen Cooper of Enron; Ana Cristina Fox, daughter of former Mexican president and rabid anti-Trumper Vicente Fox; and Seagram heiresses Sara and Clare Bronfman who have plowed millions of dollars into NXIVM. In addition, the director of NXIVM in Mexico is Emiliano Salinas, son of former Mexican president Carlos Salinas.

In 2009, NXIUM gained even more respectability when the Dalai Lama was paid $1 million to travel to America to speak at a NXIVM event in Albany, New York, which NXIUM trumpeted as an endorsement and “victory”.

But former members have exposed NXIVM as a sex cult. According to an exposé by Barry Meier for The New York Times, members of a “secret sisterhood” of 70-80 women within NXIVM, including Allison Mack, are branded with Raniere’s initials (KR) as his “slaves”, blackmailed, and beaten with paddles. Women who wish to join the “sisterhood” are required to provide nude photos or other potentially damaging information about themselves, all the better for future blackmail.

Allison Mack’s arrest came less than a month after NXIVM leader Keith Raniere himself was arrested on the same charges of sex trafficking and forced labor at a luxury villa in Mexico where he had been hiding out.

As recounted by Priscilla DeGregory and Ruth Brown for Page Six:

Mack, 35, was Raniere’s direct “slave” and had a sexual relationship with him — but also acted as a “master” to other slaves, who were forced to have sex with Raniere and get his initials burned into their pubic region with a cauterizing pen, according to the criminal complaint.

As the women were being branded like cattle, Mack allegedly placed her hands on their chests and told them to “feel the pain” and to “think of [their] master,” prosecutors say.

The actress first lured the women into the secret society within Nxivm known as “The Vow” — and cajoled them into providing “collateral” like embarrassing photos and statements to use as blackmail, federal prosecutors allege.

She then allegedly groomed the slaves for sex with Raniere — ordering them to adhere to extremely restrictive diets, refrain from removing their pubic hair, and to stay celibate, according to court documents.

She also forced them to pose naked for photos — “including on one occasion close-up pictures of their vaginas” — which were given to Raniere and also used as collateral, the feds charge.

Mack and other slave “masters” allegedly made their slaves participate in “readiness” drills, requiring them to respond to requests at any time of the day or night so they were “seriously sleep-deprived.”

One of her slaves became so thin and tired that she stopped getting periods….

Mack was last seen chasing after Raniere in Mexico as cops hauled him away.

Both face at least 15 years behind bars and a maximum sentence of life imprisonment.

Interestingly, the last thing Mack tweeted before her arrest was a pic of satanist Marina Abramovic — the so-called “performance artist” whose “spirit cooking” is a form of cannibalism.

According to White House insider Q Anon, Mack is singing like a canary:

Below is a video of Raniere and Mack babbling on about “authenticity”: