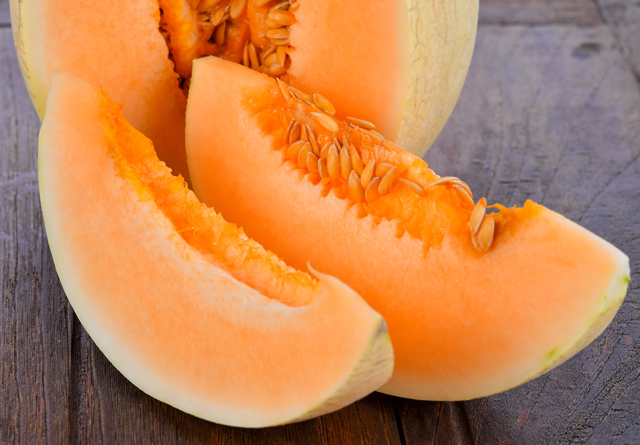 (Natural News) There are millions of reasons not to purchase any product produced with the Monsanto name. Whether it’s a genetically engineered (GE) seed, or a fruit or vegetable that they sprayed with their highly toxic pesticides and herbicides, they have spent billions of dollars lying about the safety of their products. Take, for example, the new cantaloupe they conjured up for Walmart stores called the “Sweet Spark,” which the company claims to be “40% sweeter than Walmart’s current winter cantaloupe,” as reported by ThePennyHoarder.com. But, why?

Shawn Baldwin, Walmart’s senior vice president of produce and global food sourcing, says customers might often skip over the cantaloupes that Walmart sells in the winter because while they may “look good” they probably “taste like a piece of wood.” Well, gee. Maybe, that because cantaloupe is a summer fruit that you’re not supposed to eat in the winter. But we’ve been taught to demand — and expect — whatever we want, when we want it regardless of it being in season or not.

This Sweet Spark cantaloupe isn’t GE; it’s done by cross-breeding, another method that Monsanto uses. It is a more natural technique that farmers have been using for yearsto enhance their crop yields. Monsanto has crafted a few other vegetables using this method — an EverMild onion, Bellafina bell peppers and Beneforte broccoli — to name a few. And while this process is “natural” it is still not widely accepted as safe, and it is certainly not organic.

This is just the latest in a long list of wrongdoings by this mega-corporation. Let’s take a brief look at the history of Monsanto, a company that’s about to merge with Bayer and “will control a third of the world’s herbicide market,” according to Global Network Perspectives.  And don’t forget about those 7676 seed patents that Monsanto owns and the glyphosate that the state of California has finally decided is carcinogenic and will be banned, reports Reuters.

Looking back on the last several decades of Monsanto’s history, it is evident that they have enjoyed quite a “chemical romance,” according to EarthJustice.org. They began in 1901 with the production of saccharin, a dangerous artificial sweetener. They also had a hand in the production of polychlorinated biphenyls (PCBs), which is a poisonous chemical pollutant, the herbicide 2-4 D, which was later used in Agent Orange, and DDT. Rachel Carson’s book Silent Spring, is prescient and heart rendering tale of the disastrous consequences of DDT which is now banned, along with PCBs.

It was in 1980 that the United States Supreme Court allowed the patenting of life in the case titled Diamond V.Chakrabarty. This opened the door to the “ownership” and the genetic engineering of seeds, which Monsanto was keen to benefit from. They recruited a team of scientists — called “molecular biologists” — who were determined to unlock the secrets of DNA and genetic manipulation.

Early warnings that injections of Posilac, also known as bovine growth hormone, could cause mastitis or lameness were quickly dismissed by the FDA, as was the possibility that this GE milk could be implicated in human cancer. Investigations about this controversy were shut down completely when two reporters, Jane Akre and Steve Wilson of WTVT in Tampa, Florida, did indeed discover a cancer link. This incident was the beginning of the end for any possibility the American people had of discovering the dangers of GE food products on mainstream media.

So, let’s get back to those millions of reasons to stay away from Monsanto products. One reason is that Monsanto has spent years lying to the public and hiding any negative information about its products. Another is the fact that so many of its products, like Walmart’s new Sweet Spark cantaloupe, have not been proven safe for consumption.

But possibly the most important reason is the millions upon millions of people, animals and organisms that have been brutally assaulted, and in some cases have died, because of Monsanto’s toxic chemicals and the potential destruction of the food supply itself.