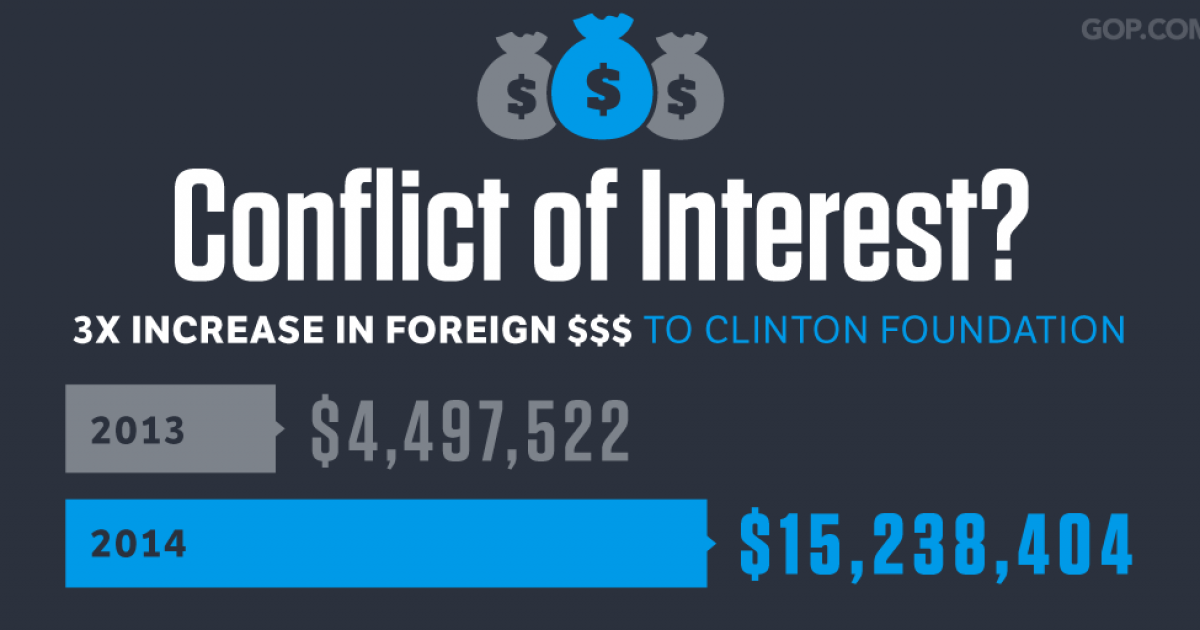 It was widely reported last week that DOJ Inspector General Michael Horowitz recommended criminal charges for former FBI Deputy Director Andrew McCabe. What he lied about, however, has been glossed over. “He lied about leaking a conversation in which the Obama Justice Department pressured the FBI to stand down on an investigation of the Clinton Foundation.”

(It is important to note that in July 2016, the FBI opened an investigation into the Clinton Foundation and McCabe was instructing agents to keep it quiet. The National Review’s Andrew McCarthy, a former U.S. Attorney takes us through the timeline.)

Two weeks before election day in 2016, McCabe’s objectivity was called into question when the Wall Street Journal’s Devlin Barrett reported that a political action committee affiliated with long-time Clinton friend and then-Governor of Virginia, Terry McAuliffe, had donated $675,000 to McCabe’s wife’s campaign for a state senate seat.

At the time, then-FBI Director James Comey had just learned that emails, some of which were classified, had been found on the home computers of Huma Abedin and her estranged husband, Anthony Weiner. (McCabe had known about this new development for several weeks and said nothing.) Comey held a meeting of FBI leadership. McCabe called in to participate and Comey told him to get off the call because he and the FBI lawyer were worried about pro-Clinton bias.

He instructed Page to rebut Barrett’s story with a leak. Specifically, she was to tell Barrett about a tense conversation on August 12, 2016, between McCabe and a high-ranking Obama Justice Department official. The leak would show that McCabe, far from burying the Clinton Foundation investigation, had defended the FBI’s pursuit of it.

But, we know all of that. What is important here is the information that was leaked. The Obama DOJ was “scheming to rig the election for Hillary Clinton.”:

The tense conversation McCabe had on August 12, 2016, was with a Justice Department official the IG report identifies only as the “Principal Assistant Deputy Attorney General (PADAG).” That post was then held by Matthew Axelrod, top aide to Sally Yates, Obama’s deputy AG, eventually fired by Trump for insubordination. Lisa Page told the Wall Street Journal that the PADAG was “very pissed off” because the Justice Department had learned that the FBI’s New York office was “openly pursuing the Clinton Foundation probe.”

DOJ officials knew that if the public learned of another investigation involving Hillary Clinton, she would lose the election.

During their conversation, McCabe told:

Axelrod that the FBI was not using overt measures that require Justice Department approvals; it was being discrete. That is what DOJ policy requires — not that law-enforcement activity be suspended during campaign season, but that investigators avoid open and notorious tactics that could prejudice a candidate in the minds of voters.

If only they had offered the same consideration to Donald Trump:

Axelrod was not satisfied with “discretion.” In his Wall Street Journal article, Devlin Barrett reported that DOJ “officials considered the Clinton Foundation probe “dormant” and were angry that the Bureau was still “chasing” it.

If Obama’s Justice Department wanted the case closed, Axelrod would have to give him a direct order. McCabe put it to Axelrod: “Are you telling me that I need to shut down a validly predicated investigation?” There was then a pause, during which Axelrod doubtless thought about how that would look. “Of course not,” he finally said.

In a footnote, the IG report states that the “PADAG” concedes the accuracy of the Journal’s account of his conversation with McCabe, though he rejects the FBI “spin” creating a “totally unfair” impression of “political interference” — yes, perish the thought. Yet, however steely-spined he may have seemed to Axelrod, McCabe did issue a “stand down” order — at least according to agents down the chain of command, the Journal reported.

The approach of the Obama Justice Department to the Clinton Foundation investigation was the same as with the email investigation:

Call it a “matter” not an investigation; do not use the grand jury; instead of subpoenas, try saying “pretty please” to obtain evidence; do not ask the co-conspirators hard questions because they’re lawyers so that might infringe attorney–client privilege; let the witnesses sit in on each other’s interviews; let the suspects represent each other as lawyers; if someone lies, ignore it; if someone incriminates himself, give him immunity; have the attorney general meet with the main subject’s former-president husband on the tarmac a few days before dropping the whole thing; oh, and don’t forget to write up the exoneration statement months before key witnesses — including the main subject — are interviewed.

Obama DOJ officials likely felt they could be a little “loose” with this investigation because they fully anticipated a Hillary Clinton victory. These investigations would all go away.

Unfortunately for them, Hillary lost. It has been necessary for these officials to cover their tracks in what can only be called collusion. “The executive branch’s law-enforcement and intelligence apparatus were placed by the Obama administration in the service of the Clinton campaign.”

Last week, the DOJ Inspector General’s office notified Trey Gowdy, Chairman of the House Oversight Committee, that their report about the Clinton email investigation would be released in May. Just as the recent report revealed previously unknown information about Andrew McCabe’s “lack of candor,” and about McCabe’s conflict with the DOJ over the FBI’s investigation of the Clinton Foundation, this new report, far larger in scope, is expected to provide new information.

In his new book, “A Higher Loyalty

” and also during interviews to promote the book, James Comey speaks of his mistrust of then-Attorney General Loretta Lynch. Perhaps the IG report will tell us more about her role in this saga. Was she trying to “rig” the outcome of the email investigation? Why did she meet with Bill Clinton on the tarmac of the Phoenix airport? Was she promised to continue in her role as Attorney General in the Hillary Clinton administration if she would see that Hillary was exonerated by the DOJ? Or maybe a nomination to the Supreme Court? What, specifically, was James Comey’s nonpublic information about Loretta Lynch?

Although the scope of IG’s investigation is subject to legal limitations, Michael Horowitz is known to be very thorough. He and his team have been working on this report since January 2017. This report could be a game changer. Conservatives await his report – anxiously!