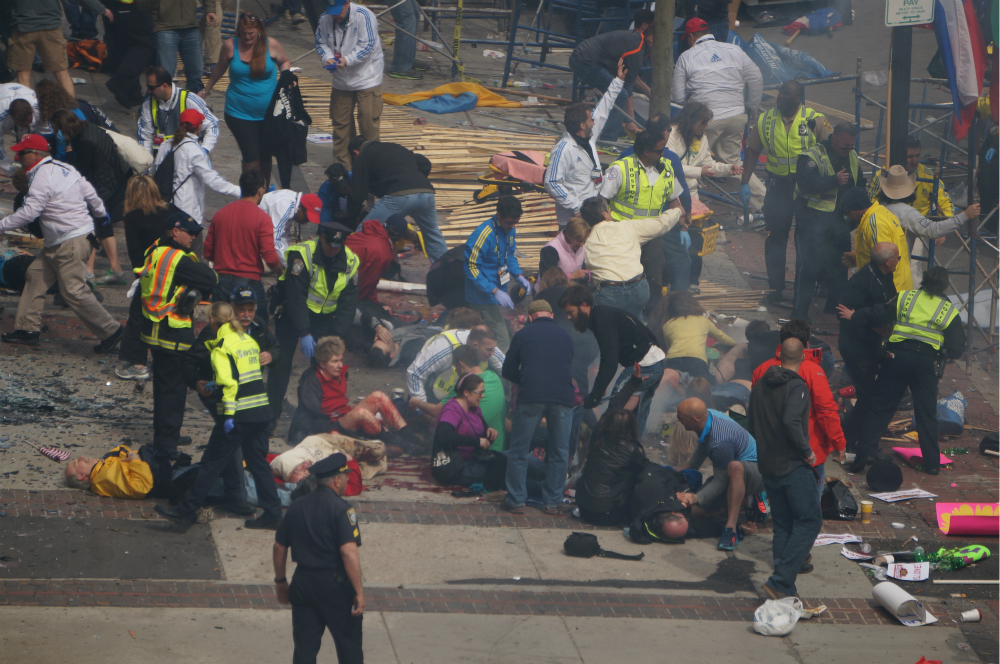 (Natural News) Were the official details as to what took place during the Boston Marathon bombings falsified? According to the findings of a recent investigation into the Boston Globe‘s version of events, the answer seems to be yes.

Boston Globe columnist Kevin Cullen apparently made up all sorts of information about the incident that he published in his columns over the past five years. And sports radio network WEEI recently brought it all to light, prompting the Boston Globe to put Cullen on administrative leave.

According to WEEI, many of Cullen’s supposed recollections of the horrific scenes that he says took place that day were completely fabricated. He’s repeatedly made claims about reliving what he says he saw back in 2013, though we now know that Cullen wasn’t even at the scene when the bombs went off – a fact that Cullen himself admitted in a piece for the Boston Globe that was published just two days after the bombings.

“I happened upon a house fire recently, in Mattapan, and the smell reminded me of Boylston Street five years ago, when so many lost their lives and their limbs and their sense of security,” Cullen wrote in a more recent column, which appears to directly contradict what he earlier stated about his whereabouts that day.

“We take seriously any credible assertion about the integrity of our journalism,” reads a statement by Boston Globe spokeswoman Jane Bowman that was given in response to the WBZ-TV allegations. “We are conducting a review, and if the record needs to be corrected in any way, we will do so forthrightly.”

WEEI morning host Kirk Minihane, during a recent episode of his “Kirk & Callahan” show, explained the incongruencies between what Cullen wrote immediately following the Boston Marathon bombing, and what he’s written in more recent years about the incident. One thing Minihane brought to light was the fact that just days after the bombing, Cullen told BBC News over the phone a detailed story that was later proven to be false.

Cullen told of a man named Bill Richard, the father of eight-year-old Martin Richard, who reportedly lost his life during the bombing. But according to Cullen, Martin supposedly greeted his father at the finish line before returning to the barriers behind the sidewalk while his father went to register his time.

But there’s just one problem: Bill Richard didn’t actually run in the Marathon that day, and he certainly didn’t register his time at the finish line, as that doesn’t actually happen.

Cullen also apparently made up a story about a firefighter named “Sean” who saved Bill’s daughter Jane after she supposedly lost her leg during the bombings. But the firefighter was actually named Matt Patterson, and he was an off-duty firefighter who carried a Jane Richard to an ambulance, but who says he’s never met or spoken to Cullen.

“This guy has inserted himself as a character into a tragedy because he wants to seem like more of a reporter,” Minihane stated on air about Cullen’s Boston Marathon bombing fibs.

This wouldn’t be the first time, of course, that the Boston Globe has been caught publishing fake news. Back in the ’90s, former Boston Globe columnist Mike Barnicle was forced to resign after he was caught making up a story about cancer patients that hospital records later revealed to be false.

“The integrity of each of our journalists is fundamental to our organization. In light of questions that have publicly surfaced, Kevin Cullen has been placed on paid administrative leave while a thorough examination, involving a third party with expertise, is done of his work,” an editor’s note recently published by the Boston Globe explains.

“We will be transparent with the results of the review.”

Read Journalism.news for more coverage of the failures found in modern “journalism.”