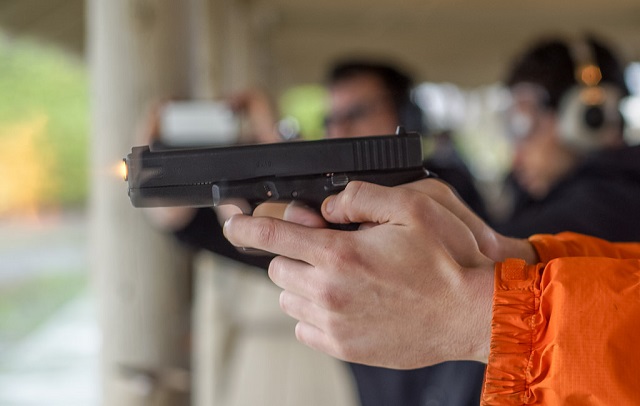 The Centers for Disease Control conducted but never released a bombshell survey which indicated incidents of defensive gun uses in America dwarf those of offensive gun uses.

The CDC’s study backed up a similar study conducted by Florida State University criminologist Gary Kleck one year prior in 1995 which indicated there were over 2.2 million defensive gun uses per year, but Kleck only just learned about it because the results were hidden for over two decades.

Kleck’s new paper–“What Do CDC’s Surveys Say About the Frequency of Defensive Gun Uses?“–finds that the agency had asked about DGUs in its Behavioral Risk Factor Surveillance System in 1996, 1997, and 1998.

are high-quality telephone surveys of enormous probability samples of U.S. adults, asking about a wide range of health-related topics. Those that addressed DGU asked more people about this topic than any other surveys conducted before or since. For example, the 1996 survey asked the DGU question of 5,484 people. The next-largest number questioned about DGU was 4,977 by Kleck and Gertz (1995), and sample sizes were much smaller in all the rest of surveys on the topic (Kleck 2001).

Kleck was impressed with how well the survey worded its question: “During the last 12 months, have you confronted another person with a firearm, even if you did not fire it, to protect yourself, your property, or someone else?” Respondents were told to leave out incidents from occupations, like policing, where using firearms is part of the job. Kleck is impressed with how the question excludes animals but includes DGUs outside the home as well as within it.

Kleck is less impressed with the fact that the question was only asked of people who admitted to owning guns in their home earlier in the survey, and that they asked no follow-up questions regarding the specific nature of the DGU incident.

From Kleck’s own surveys, he found that only 79 percent of those who reported a DGU “had also reported a gun in their household at the time of the interview,” so he thinks whatever numbers the CDC found need to be revised upward to account for that. (Kleck speculates that CDC showed a sudden interest in the question of DGUs starting in 1996 because Kleck’s own famous/notorious survey had been published in 1995.)

Kleck figures if you do the adjustment upward he thinks necessary for those who had DGU incidents without personally owning a gun in the home at the time of the survey, and then the adjustment downward he thinks necessary because CDC didn’t do detailed follow-ups to confirm the nature of the incident, you get 1.24 percent, a close match to his own 1.326 percent figure.

He concludes that the small difference between his estimate and the CDC’s “can be attributed to declining rates of violent crime, which accounts for most DGUs. With fewer occasions for self-defense in the form of violent victimizations, one would expect fewer DGUs.”

Kleck further details how much these CDC surveys confirmed his own controversial work:

The final adjusted prevalence of 1.24% therefore implies that in an average year during 1996–1998, 2.46 million U.S. adults used a gun for self-defense. This estimate, based on an enormous sample of 12,870 cases (unweighted) in a nationally representative sample, strongly confirms the 2.5 million past-12-months estimate obtained Kleck and Gertz (1995)….CDC’s results, then, imply that guns were used defensively by victims about 3.6 times as often as they were used offensively by criminals.

Kleck said the “CDC never reported the results of those surveys, does not report on their website any estimates of DGU frequency, and does not even acknowledge that they ever asked about the topic in any of their surveys.”