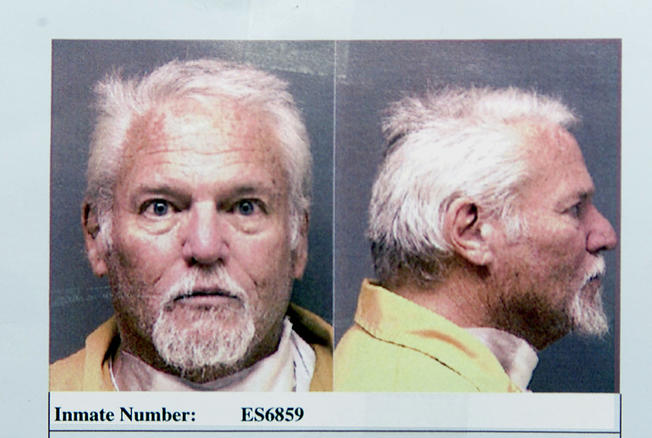 Did you know that the inventor of Kwanzaa — the wholly fictitious African-American holiday observed from December 26 to January 1, all the better to co-opt the West’s traditional holidays of Christmas and New Year — is a Black nationalist with an extensive criminal history, including conviction for torturing women?

And did you know that despite his criminal history, Maulana Karenga (birth name Ronald Everett) is now a professor and chair of the Department of Africana Studies at California State University, Long Beach?

See “Inventor of Kwanzaa, now chair of African studies at Calif. university, is a convicted felon who tortured women“

Even worse, another liberal icon, who claims to have founded Earth Day, actually killed a woman and hid her rotting corpse in a steam trunk in his apartment.

Begun in 1970, Earth Day is an annual global event celebrated on April 22 to demonstrate support for environmental protection.

Environmental activist Ira Einhorn claims to be a founder of Earth Day and participated in the first Earth Day event in 1970 in Philadelphia, although his role is disputed by other event organizers.

Born into a middle-class Jewish family in Philadelphia, Einhorn called himself The Unicorn (the German word for unicorn is einhorn) and was something of a hippie guru in the 1970s. Socialites were drawn to him, including Helen “Holly” Maddux, a graduate of Bryn Mawr College from Tyler, Texas, known to have a “rebellious fascination with the exotic Jewish male”. (Wikipedia)

Einhorn had a 5-year live-in relationship with Maddux. In 1977, Maddux broke up with Einhorn, went to New York City and became involved with Saul Lapidus. On Sept. 9, 1977, Maddux returned to the Philadelphia apartment she had once shared with Einhorn to collect her things after Einhorn threatened to throw out her belongings into the street. She was never seen again. Later, a student in the apartment below told of hearing a “blood-curdling scream” that night.

Several weeks later, the Philadelphia police questioned Einhorn about her disappearance. He claimed that Maddux had gone out to the neighborhood co-op to buy tofu and sprouts, and never returned.

Weeks later, the same student who had heard a scream complained about a disgusting substance dripping from the apartment above. But Einhorn refused to let the landlord, a plumber or anyone in, until homicide detector Michael Chitwood came with a search warrant.

Chitwood noticed “a faint decaying smell, like a dead animal”. He pried open a padlocked closet down the hall and found Holly’s mummified remains in a steamer trunk.

A coroner determined Holly had died from “cranio-cerebral injuries to the brain and skull [with] at least 10 or 12 fractures”. The final blow was so severe that pieces of her skull were embedded in her brain. But she was still alive when Einhorn crammed her into the trunk.

Einhorn was bailed out by Phyllis Lambert, a prominent member of the Bronfman “Seagram” family and one of the many people Einhorn had convinced to support him financially.

In 1981, just days before his murder trial was to begin, Einhorn skipped bail and fled to Europe. He traveled in Europe for the next 17 years and married a wealthy Swedish woman named Annika Flodin. The two settled down in a 5-acre property in Champagne-Mouton, France.

Back in Pennsylvania, Einhorn was convicted of murder in absentia and sentenced to life imprisonment without the possibility of parole.

In 1997, French police arrested Einhorn; he had been living under the name Eugène Mallon. His attorneys fought extradiction for 4 years.