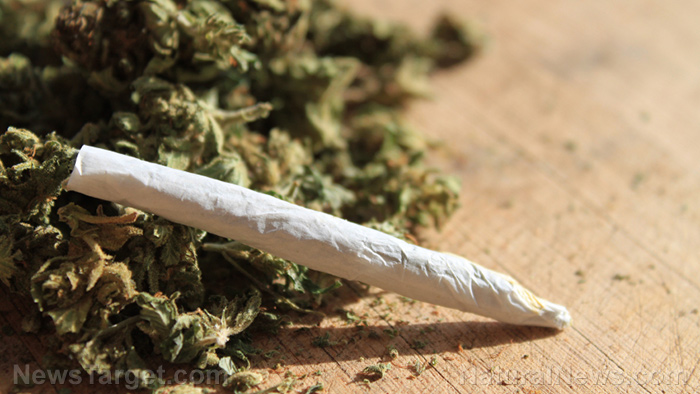 (Natural News) Cannabis’s health benefits have helped it gain approval for medicinal use in several states, but it’s important to keep in mind that this does not mean that it’s perfectly healthy when smoked. In fact, if you’re smoking it, you might want to hear what researchers from the University of California, San Francisco, recently discovered. (Opt for a liquid form of hemp extracts to avoid the risks associated with smoking it.)

According to a new study, marijuana smoke causes the same straining effect on blood vessels that smoke from cigarettes does. The UCSF scientists reached this conclusion after exposing lab rats to secondhand marijuana and tobacco smoke.

After being exposed to either kind of smoke for just one minute, the blood vessel function of the rats was impaired by around 50 percent. Although the effects are short-term in nature, the researchers believe that repeated exposure causes the long-lasting damage and cardiovascular health problems that cigarette smokers often experience. Over time, arterial walls become damaged permanently, which can lead to stroke, blood clots, and heart attack.

In addition, they found that the rats who were exposed to secondhand marijuana smoke still suffered these effects 90 minutes after their exposure. The rats who were exposed to secondhand cigarette smoke, on the other hand, managed to recover their normal blood vessel function in just half an hour. While the researchers aren’t sure why this is the case, they point out the results aren’t entirely unexpected.

One of the study’s authors, Dr. Matthew Springer, said: “When you burn dry plants, you get thousands of chemicals that are very, very similar, whether it is smoke from wood, tobacco, or marijuana, and many of them are toxic.”

Springer said he got the idea for the study after people started smoking marijuana around him in the crowd at a Paul McCartney concert in San Francisco. He ran into a few roadblocks when he tried to launch the study. For example, because marijuana is illegal under federal law and his research is federally funded, he had to use government-approved cannabis and carry out the study on rats instead of humans.

Smoking anything – natural or not – is bad for your health

Unfortunately, many people believe that smoking marijuana is safe because it is “natural.” While it may come from a plant, smoking anything involves inhaling toxins produced by the smoke. In fact, marijuana is grown using herbicides, pesticides and fungicides; is that what you want to put in your lungs? KNBC-TV reported that 93 percent of the samples they collected from 15 dispensaries across four counties in Southern California tested positive for pesticides.

In states where marijuana is legal, most people smoke it at home or in public, potentially exposing those around them to these effects. In California, more than half of consumers use medical marijuana by smoking dried buds in bongs or pipes, or rolled up in papers.

How to get the benefits without the risks

There is a simple way to avoid this problem, of course. Taking it in the liquid form, like CBD oil, gives you all of the benefits of medical marijuana without the risks of smoking it. Liquid cannabis extracts do not contain the carcinogens in smoke, and they also have a more diverse array of cannabinoids. That’s because some cannabinoids, like CBD-A, are destroyed by the heat of smoking. Liquid extracts preserve the therapeutic nutrients found in cannabis, and they are safer and more convenient methods of delivery.

Even if you don’t smoke marijuana yourself, keep in mind that this study involved secondhand smoke exposure. The next time someone lights up around you, you might want to keep your distance. If it’s someone you care about, you might want to mention this study and enlighten them on the virtues of CBD oil.