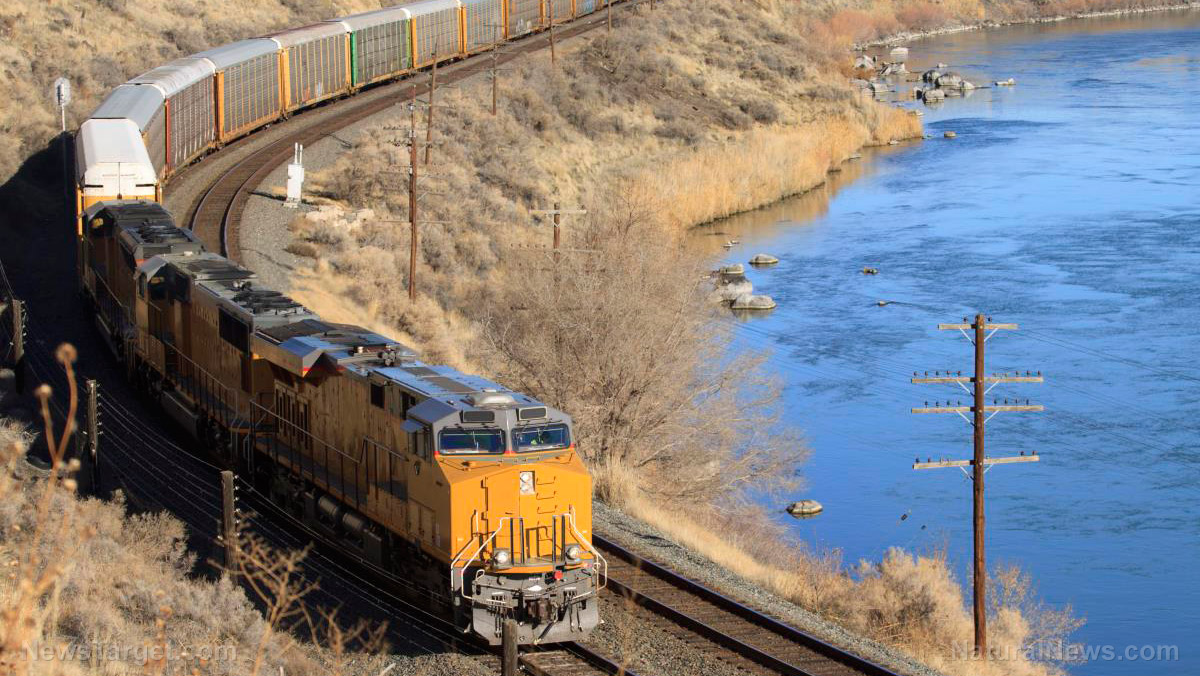 (Natural News) The 982 residents who live in the tiny town of Parrish, Alabama, have been stuck with a stinky, poop-filled freight train that’s been sitting on its tracks for several months now, and nobody seems to know where or when it might be removed.

The train had reportedly been sent from New York City carrying tons of human excrement from the Big Apple, which was destined to be dumped into landfills in the rural south. But an injunction apparently stopped this from taking place, leaving the waste train with nowhere to go.

While the dumping of human waste into southern landfills is nothing new, this particular load seems to contain something that the residents of West Jefferson, its destination, don’t want in their backyard. According to the town’s legal filing, previous releases of so-called “biosolids” results in the town becoming “infested with flies,” accompanied by the “smells of dead rotting animals as well as human waste.”

According to the U.S. Environmental Protection Agency (EPA), biosolids are basically treated wastewater that can either be buried in landfills, incinerated, or “recycled” as “fertilizer,” meaning it ends up getting dumped onto crop fields.

In this case, the waste load was destined to be buried in Big Sky landfill, located some 20 miles east of Parrish. But because of the injunction, it now sits idle with nowhere to go, and with no timeline for removal – and this, despite the fact that Big Sky has been taking New York City’s human sewage waste since early 2017.

“Oh my goodness, it’s just a nightmare here,” Parrish Mayor Heather Hall told the Associated Press (AP), noting that the stinking train, which is currently parked near a grouping of little league ball fields, smells especially horrible around dusk after the atmosphere has reached peak heat.

Much of the south has been used as a dumping ground for human waste in recent years, as places like Alabama, Georgia, and South Carolina all have relatively lax environmental restrictions and zoning laws. But it usually doesn’t sit on trains for months at a time, which begs the question: What will happen in Parrish come summertime when things get really hot and humid?

Since the EPA has decided that biosolids are “safe” for use on crops as a “fertilizer,” there’s a good chance that much of what’s been flushed down the toilets of Manhattanites could end up being dumped all over southern crop fields.

Natural News reported on this as far back as 2012, highlighting a case of toxic biosolids“fertilizer” being spread all over farm fields in Lehigh County, Pennsylvania, a rural area located in the eastern portion of the state.

But until a decision is made, the waste train will continue to remain parked in Parrish, which has many local residents reeling over the negative effects it’s having on their local community.

“Would New York City like for us to send all our poop up there forever?” asked one local resident by the name of Sherleen Pike, who lives about half a mile away from where the train is parked. Pike told the AP that she routinely applies essential oil of peppermint underneath her nose because the biosolids smell is so pungent.

“They don’t want to dump it in their rivers, but I think each state should take care of their own waste.”

In order to not be left with rotting mounds of putrid fecal matter in the future, the town of Parrish is in the process of developing new zoning laws to ensure that this type of thing doesn’t happen again.

See Biosludge.news for more coverage of this alarming issue.