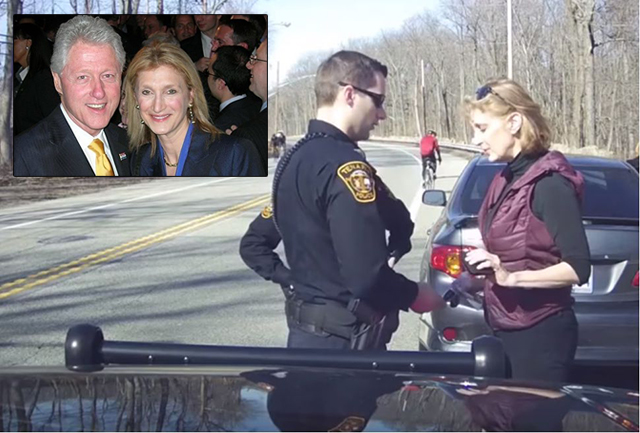 Police released a video Tuesday showing a former financial adviser to Hillary Clinton getting involved in a heated, profanity-laced confrontation with several officers.

Most recently, Turner has been a commissioner with the Port Authority of New York and New Jersey, and was chairwoman of its ethics committee, Politico reported. She was forced to resign last week because of the interaction with police during Easter weekend.

…According to a police report from March 31, Turner’s daughter had been pulled over on Route 9W by Tenafly, N.J., police, but allegedly could not provide proof of insurance or registration. So Turner was called to the scene to help resolve the matter, NJ.com reported.

Police video then shows Turner demanding to know what was going on, and brandishing her credentials as a Port Authority commissioner.