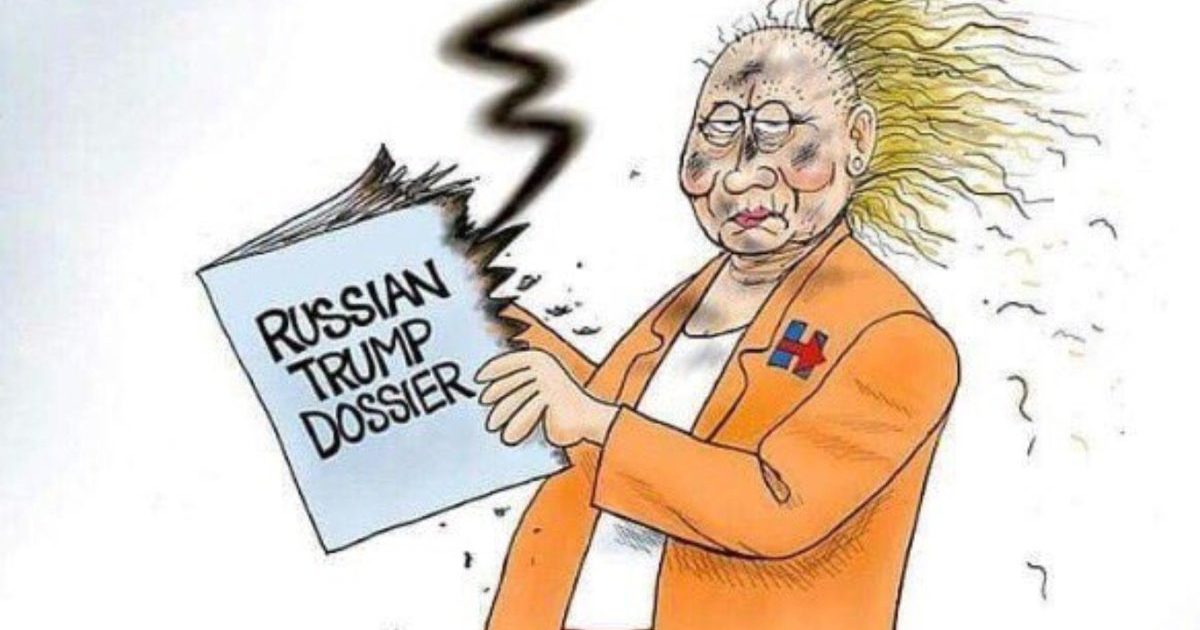 Investigators have been focusing primarily on the roles of the DOJ and the FBI in the framing of President Trump for colluding with the Russians. But, the word is, that it all started with John Brennan, Obama’s CIA Director.

Not that Brennan had just cause to believe that Trump had done anything unlawful, but he is said to harbor intense hatred toward him. George Neumayr of the Spectator, calls it “the probe from nowhere to nowhere, undertaken simply to satisfy the partisan hunches of John Brennan and other Trump haters in the Obama administration.”

Neumayr says that, based upon Brennan’s testimony and his leaks, he started pushing the FBI to open an investigation in the spring of 2016. He would present the FBI with what he called evidence. Neumayr says that Brennan would “shake down” foreign intelligence officials looking for anything to hang on Trump. He would present the information to Peter Strzok and other government officials. Strzok, much as he hated Trump, famously told his paramour, Lisa Page, that there’s no “there, there.”

In fact, the original source of the “intelligence” that Brennan was receiving was British spy Christopher Steele. Neumayr explains:

This is similar to the FBI’s use of reporter Michael Isikoff’s Yahoo News article to corroborate Christopher Steele’s dossier when, in fact, Steele was the source of Isikoff’s story.

Brennan leaked news of his “probe” to then-Senator Harry Reid, who told reporters that “Brennan had an “ulterior motive” in leaking the existence of the probe to him. The very thought of Donald Trump as president made Brennan see red and caused him to lose all judgment.”

The FBI knew they could not start an investigation based on the rubbish that Brennan was presenting to them. They needed to find a reason. When Australian diplomat, Alexander Downer, had drinks in a London bar with low-level Trump advisor George Papadopoulos, who told Downer that he had been approached by a Russian who offered to provide “dirt” on Hillary Clinton, that became a talking point for the FBI. However, according to Devin Nunes, that incident was not mentioned in the Electronic Communication (EC) that originated the counterintelligence investigation.

Nunes and several other Congressmen were allowed to view the document after threatening contempt of Congress charges and possible impeachment votes. The DOJ and the FBI went to great lengths to keep the American people from learning that there was no original intelligence to support the case for collusion. None.

So, now we have Obama’s DOJ, FBI and CIA, and it looks like they had a little help from the State Department, all colluding to influence the outcome of a presidential election. It’s hardly a stretch of the imagination to believe that Obama knew what was happening.

Perhaps, with former FBI Deputy Director Andrew McCabe now likely to face criminal charges, and not feeling much love or loyalty for his former boss, James Comey, it’s possible he might be open to a deal.

When the IG’s report is released next month, others may be incriminated offering new opportunities for deals. James Comey, who is currently under investigation by the IG for leaking classified documents, may find himself in legal jeopardy.

The list of those who may face charges is long. It might include then-Attorney General Loretta Lynch, then-Director of National Intelligence, Samantha Powers, then-US Ambassador to the United Nations and others.

Devin Nunes has confirmed that the House Intelligence Committee is now investigating the role of the Obama State Department.

It’s possible that Strzok and Page may already be cooperating with the IG. Unrelated, Congressional committees are expecting to receive new text message exchanges between the pair on Thursday.

Additionally, Tom Fitton of Judicial Watch reported that his organization received a new batch of emails recovered from Hillary Clinton’s private server, ten of which were classified. They were so highly classified that the entire bodies of several of them were completely redacted. One was addressed to former British Prime Minister Tony Blair with “Mideast Peace” in the subject line. The rest of the email was redacted. Another was entirely redacted; even the address line, and the subject line simply said “Plan.” No wonder Hillary tried to destroy these. Let’s hope that some of the rest of those 32,000 emails are recoverable. Please see video below for an interesting discussion.

The IG report itself, as did their report on Andrew McCabe, will undoubtedly provide some new evidence. And we hope that Trump will exercise his presidential power and demand that the DOJ immediately turn over all of the subpoenaed documents. I don’t understand his hesitation so far.

This is the hangover from the Obama era. America’s most influential institutions were politicized and were used to do Obama’s – and Hillary Clinton’s – bidding. Officials at the highest levels of the DOJ, the FBI, the CIA and possibly the State Department, abused their powers to fabricate a case against Donald Trump because they wanted to marginalize him. Unfortunately for them, Hillary lost the race and America is slowly learning the truth.