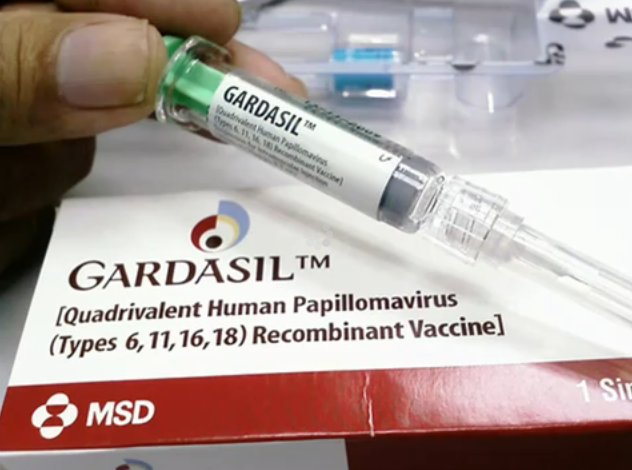 Before getting jabbed with Gardasil, the unnamed child was reportedly very healthy, energetic, and played multiple sports at her school. But she now suffers from a very serious central nervous system disorder known as Postural Orthostatic Tachycardia Syndrome, or POTS, which is characterized by a failure of her body to regulate unconscious, or autonomic, bodily functions such as breathing, regulating her heartbeat and digestion.

Not long after this, the child was diagnosed with a second condition known as small fiber neuropathy, which is characterized by damage to the small unmyelinated peripheral nerve fibers that exist in her skin, peripheral nerves, and vital organs. In other words, she’s now severely debilitated, and it all happened almost immediately after receiving the final dose of Gardasil.

Observing their daughter’s rapid decline following the jab, the young girl’s parents put together a solid case with evidence showing that Merck failed to perform due diligence in showing that Gardasil is in any way safe and effective, both during its pre-approval as well as after the vaccine was fast-tracked onto the market. Further, the company failed to present material and medical investigations and studies as required by the U.S. Food and Drug Administration (FDA), the suit claims.

“Upon approval by the FDA of the Gardasil vaccine, Defendants Merck … commenced and engaged in highly extensive, and aggressive marketing practices, which were designed primarily, if not solely, to increase the sales and profits from Gardasil,” a complaint written by the family’s attorney reads.

More than 85,000 people have been injured or killed by Gardasil, according to the World Health Organization

The young girl’s family put a lot of time and effort into building a solid case backed by undeniable scientific evidence favoring their claims. But the same can’t be said for Merck, which reportedly presented before the judge presiding over the case none of the data from its Phase 1, 2, 3, and 4 pre-licensing vaccination trials. Instead, Merck offered up post-marketing data from the Vaccine Adverse Event Reporting System (VAERS), as well as from the U.S. Center for Disease Control and Prevention (CDC) and the FDA.

Merck also focused a lot of its rebuttal on trying to discredit the vaccine truth website SaneVax Inc., which has been keeping close tabs on the adverse effects associated with Gardasil ever since the vaccine was first approved by the FDA back in 2006.

According to data compiled by the World Health Organization (WHO) in its VigiAccess database, there have been more than 85,000 reports of adverse reactions to Gardasil, as of April 9, 2018. Nearly 38,000 of these are nervous system disorders; 2,450 are cardiac disorders, including cardiac arrest; and 533 are cases of POTS.

There have also been 3,200 reports of seizures and/or epilepsy; 8,453 reports of syncope, which is characterized by a temporary loss of consciousness caused by a rapid drop in blood pressure; and nearly 400 reports of death caused by Gardasil.