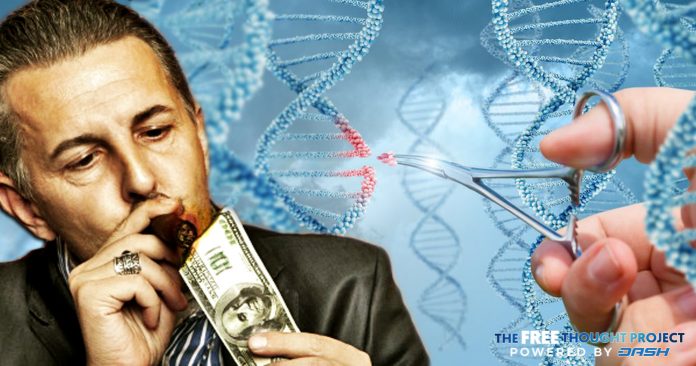 There has always been some suspicion that pharmaceutical companies would rather keep people sick and on drugs than cure them in one shot and lose the ability to create return customers.

Although the massive motive here is easy to see, with the industry bringing in over $453 billion in the United States alone in 2017, many people have a hard time considering that these companies don’t have their customers’ best interest at heart.

The idea that these companies would want to keep us sick is dismissed by many as a “conspiracy theory,” but let’s not forget that these companies and their high-level investors are here to sell drugs, not save lives. This point was brought up openly earlier this month in a memo that Goldman Sachs analyst Salveen Richter sent out to clients of the firm, about the potential of curing diseases with gene therapy.

Richter estimated the market size for gene therapies could be as large as $4.8 trillion as “genes are the foundations of all biological activity,” according to CNBC. However, he has some concerns about how the ability to cure diseases could negatively impact the industry’s bottom line.

In the report, titled “The Genome Revolution,” Richter asks the question, “Is curing patients a sustainable business model?” and the conclusion that he seems to come to is “no.”

In the memo, Richter plainly said, “The potential to deliver ‘one-shot cures’ is one of the most attractive aspects of gene therapy, genetically-engineered cell therapy, and gene editing. However, such treatments offer a very different outlook with regard to recurring revenue versus chronic therapies. While this proposition carries tremendous value for patients and society, it could represent a challenge for genome medicine developers looking for sustained cash flow.”

As an example of how cures can be bad for business, Richter pointed to the case of Gilead Sciences’ a company that developed a treatment for hepatitis C, which had a cure rate of more than 90 percent.

As Richter pointed out, “GILD is a case in point, where the success of its hepatitis C franchise has gradually exhausted the available pool of treatable patients. In the case of infectious diseases such as hepatitis C, curing existing patients also decreases the number of carriers able to transmit the virus to new patients, thus the incident pool also declines … Where an incident pool remains stable (eg, in cancer) the potential for a cure poses less risk to the sustainability of a franchise.”

It seems as if Richter is suggesting that he would rather people have hepatitis and that he has no interest in the prevention of diseases like cancer. Next, he suggested that pharmaceutical companies should only focus on diseases that have a steady stream of new customers, such as common inherited and genetical disorders.

These suggestions seem innocuous enough at first glance, as he is suggesting cures for some very serious conditions. But at the end of the report, Richter said, “Pace of innovation will also play a role as future programs can offset the declining revenue trajectory of prior assets.”

While this statement can be interpreted in a number of different ways, it certainly seems that Richter is suggesting that drug makers should slow the pace of development of cures to allow the growth of these new markets to catch up with the level of their current revenue streams.

On a very surface level, it may seem that this is just some toxic manifestation of a selfish human nature or an example of the greed that exists in the world of business, but there is much more nuance to this situation. Goldman Sachs, along with many other Fortune 500 companies, have a very twisted way of looking at the world and conducting business, because they achieve and attain their success by lobbying for monopoly or cartel-like protections from governments—not by actually providing value to their customers.

Goldman Sachs analysts and big pharma executives have a business model that depends on cornering markets with patents and keeping innovation in their industries as stagnant as possible, which is why we see such cutthroat behavior from companies in these positions, but it doesn’t have to be this way.

If companies were forced to compete to stay relevant and keep their customers happy, instead of just developing and maintaining government-granted patents and monopolies, innovation would be driven by the desires of the customers, which would keep businesses honest, even if their only intention was to make money.