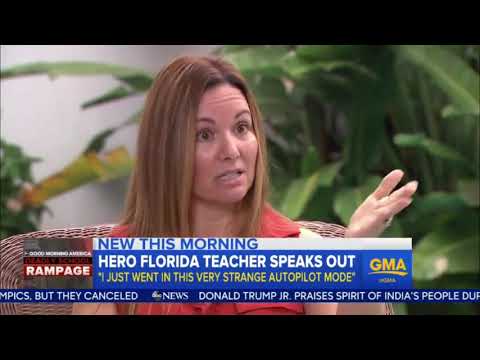 We are told that Nikolas Cruz, 19, is the lone gunman of the Marjory Stoneman Douglas (MSD) High School shooting on February 14, 2018, in Parkland, Florida, who killed 17 and wounded another 17.

Cruz took an Uber to school. An eyewitness saw him arriving at the school in a small, gold-colored vehicle, wearing a maroon shirt, black pants, and a black hat and carrying a black duffel bag and backpack. The eyewitness watched as Cruz walked towards one of the school buildings. Moments later gunshots were heard. (Breitbart)

But Stacey Lippel, the school’s language arts teacher, told ABC’s “Good Morning America” that she’d seen the shooter “actively shooting down the hallway,” and that he was “in full metal garb — helmet, face mask, bullet-proof armor”.

Either Nikolas Cruz is a quick-change artist, or he wasn’t the shooter, or there was more than one shooter.