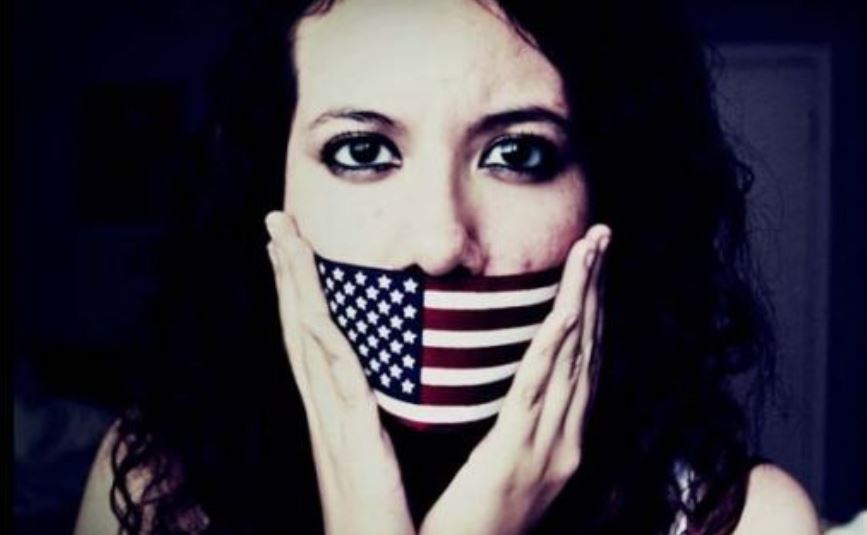 It’s finally happened?  Congress woke up to the problem(s) it helped create with regard to censorship on the Internet by pandering to Internet giants, social media platforms and their lobbyists when on Friday, April 26, 2018, Congressman Darrell Issa [1] questioned two social media stars, who have garnered attention because of the ‘take down’ of their Facebook exposures, which they protest vociferously.

Those brave social media stars are Diamond and Silk, two female African American Conservatives, who probably ought to be in the left liberal camp of the Democratic Party and not support President Trump—if we’re to read the ‘tea leaves’ correctly as to why their social media platform at Facebook has suffered what they contend is dramatic censorship.

Below is a short video of their testimony before Congress, which amounts to a well-earned accolade, “Go, girls, go!”  Let’s hope their candid testimony starts a similar backlash movement about Internet censorship as the “Harvey Weinstein effect” started with #MeToo and other newly-found feminine empowerment strategies and effectiveness.

Rep. Issa says every time we have a plane crash, we are obligated to look into it.  Yeah, but why do they overlook all the important issues that affect life and living like social media censorship, and will not address the health damages caused by the fraudulent vaccine science CDC/FDA put out unchallenged and now has contributed to the Autism epidemic in the USA?

Is the current censorship agenda comparable to the “Nazi book burnings” of the 1930s? Read about that at Wikipedia  to learn what you may not know about censorship.

Ironically, “book burning” or censorship is not new; it goes back millennia into antiquity, as documented by Wikipedia’s website “List of Book-burning Incidents.” Control, control, control!  That’s what it’s all about, especially when one has: paranoia/mania; power or financial resources; or is in a position of control, something control freaks always covet and, unfortunately, always enforce.

Now it’s the corporate world’s turn in the censorship control seat and corporate giants in media, Internet and social programming have gone hog-wild using their abilities with technologies and algorithms to structure a specific rabid social meme, which apparently has ruined many unsuspecting minds, plus ‘devouring’ the lives of those chosen to be censored.

Censorship apparently results in a personal ‘suppression rite of passage’ for those of us who do not think like Big Media propaganda; who have legitimate opposing views regarding science and/or medicine, which has been fraudulently disseminated and perpetrated upon social and network media due to media’s deliberate and overwhelming zeal and cooperation; or have the temerity to keep on, keeping on in spite of their rigid censorship agendas.

It is my personal opinion and belief, as a result of my experiences since 2012, while I was writing the book Vaccination Voodoo, What YOU Don’t Know About Vaccines, when text in Microsoft Word Document system would automatically disappear in front of my eyes not to be found nor relocated!  Trying to recoup those saved files would enlist the prompt that no such file exists, or whatever MS wanted to give as an excuse.

I was and am not alone in that particular predicament.  Former CBS investigative journalist Sharyl Attkisson wrote about her similar experiences and even filed a lawsuit against the federal government about what was going on with her censorship issues.  Here are some of Sharyl’s articles about that lawsuit:

Jon Rappoport wrote this article about the Sharyl Attkisson case, “Actual hacking: Every reporter needs to understand Sharyl Attkisson’s case against the US government.”

All Internet Operating Systems, e.g., Microsoft, Mac, Linux, and those listed by Wikipedia are responsible for building and sharing algorithms that censor and/or target specific persons for the work they do—like me—and others who research and write for the alternative media.

Those censorship systems target the computers of those whom they wish to suppress and neutralize because the information put out is not in ‘lock step’ with the leftist, bizarre, New World Order, Hegelian Dialectic agenda of suppression of factual information; including the exposure of corporate crimes against the environment and humans; the fraudulent research information regarding vaccines and medicine perpetrated by the CDC/FDA/WHO; or political and geopolitical commentaries, etc. the vested-interests like the Deep State, Shadow Government, the Illuminati and that ilk want to keep out of the minds and consciousness of ordinary people (‘sheeple’) whom they want to influence using high tech microwave technologies and smart devices.

Personally, Microsoft’s operating system has taken over my computer.  I have several security packages which do not find any malware intrusion.  All the extraordinary difficulties with my computer have to come directly from Microsoft during their notorious “updates” after which my computer gets more dysfunctional each time.

Coincidentally, I got a new computer in March 2017 and for 2.5 days it ran like “greased lightning.”  When Microsoft finally realized who bought the Windows 10 OS, they sent through a huge update and the computer has never run the same since!  And it gets worse with every update MS sends.

Unfortunately, I hear similar comments from colleagues who do the same type of work I do, so it’s not a figment of our imagination; it’s something that must be investigated as part of corporations denying citizens of the First Amendment rights and other civil liberties.

Currently, I’m working on a monograph the ‘powers to be’ don’t want to see the light of day and I get all kinds of prompts like “that file does not exist” or other insane prompts, e.g., “that file was created on the Internet and can’t be trusted,” when I created it in MS Word Documents and saved it to my personal USB drives!

Before I end this, let me share with you the following personal result of Internet censorship and/or the sanitizing of my presence and work on the Internet.

As I write this article, only a measly 57 thousand 300 results!  Similarly, Google listed my archives at 99 thousand results, today they are 33 thousand 200 hundred results!

Censorship is alive, well and even thriving in the USA, especially on the Internet!

As a supposedly free society, we have a very serious problem with censorship.  As Rep. Issa said to Diamond and Silk, more talks and investigations need to happen to get Internet, media and personal censorship out into the open in what’s supposed to be the United States of America, not some banana republic run by a despot!

That also includes Fake News, aka “Astroturf”, or the CIA task force invention.  Hear what Sharyl Attkisson has to say in this TEDx video.