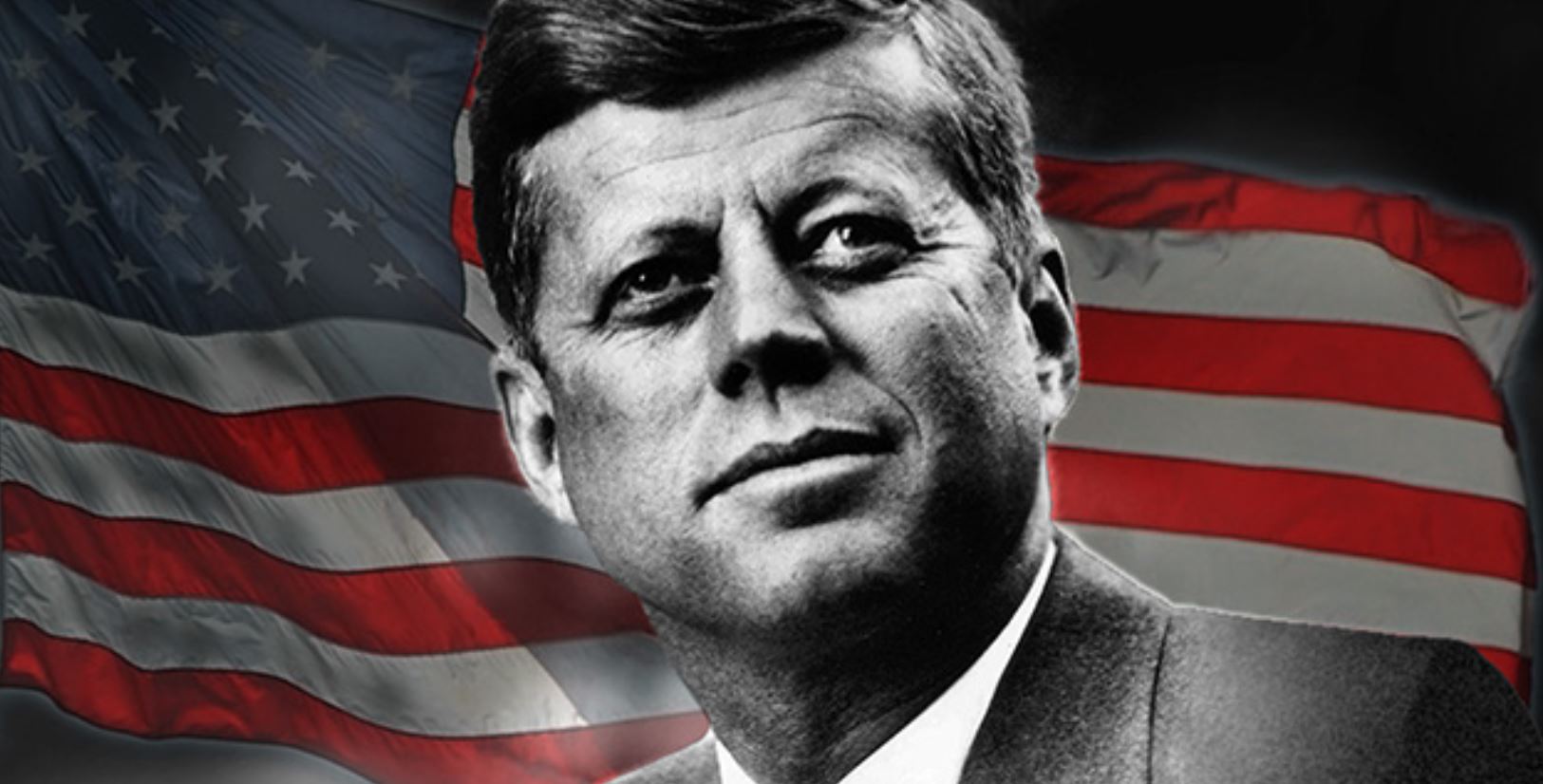 U.S. President Donald Trump has walked back his previous promises to declassify the remaining classified JFK Files out of the CIA until at the latest October 26, 2021.

“I agree with the Archivist’s recommendation that the continued withholdings are necessary to protect against identifiable harm to national security, law enforcement, or foreign affairs that is of such gravity that it outweighs the public interest in immediate disclosure,” Trump wrote in a Presidential memorandum released by the White House.

Trump added that need for the continued protection of the documents, “can only grow weaker with the passage of time.”

Last October, Trump wrote on Twitter, “Subject to the receipt of further information, I will be allowing, as President, the long-blocked and classified JFK FILES to be opened.”

Subject to the receipt of further information, I will be allowing, as President, the long blocked and classified JFK FILES to be opened.

The White House memo corresponded with the National Archives release of over another additional 19,000 documents, the final release of the JFK Files as a result of Trump’s directive from last year.

According to the archives, 520 documents remain withheld in full and were not subject to the 25-year requirement; and 15,834 documents are still redacted, Politico reported.

While the remaining documents are set to be revealed by October of 2021, national security agencies could still continue to postpone the full release.

As this writer reported, there is already enough evidence to suggest that JFK’s death was a sophisticated plot with several forewarnings of Kennedy’s assassination prior to the actual event, which according to E. Howard Hunt was codenamed “The Big Event.”

An exchange happened between Ruby and informant Bob Vanderslice of Dallas on Nov. 22, 1963 but wasn’t told to FBI handlers until 1977 — yet the records don’t explain why 14 years elapsed, CBS News reported.

“The informant stated that on the morning of the assassination, Ruby contacted him and asked if he would ‘like to watch the fireworks,’” reads an FBI document dated April 6, 1977.

“He was with Jack Ruby and standing at the corner of the Postal Annex Building facing the Texas School Book Depository Building at the time of the shooting. Immediately after the shooting, Ruby left and headed toward the area of the Dallas Morning News Building,” the document continues.

According to another document, Oswald and Ruby met in a Florida airport as part of a group heading to Cuba to “cut sugar cane” before the assassination and were heard by another informant airport manager, George Faraldo, discussing “Big Bird” – a reference that many believe is referring to Lyndon B. Johnson who always bragged about the size of his penis and famously nicknamed it “Jumbo.”

The document relays some unusual claims alleged by Potito at a public meeting, held in a restaurant in Saint Petersburg, Florida, on January 16, 1964.

According to the document:

In the course of his speech of some 3 hours following the dinner POTITO touched on the association between LEE HARVEY OSWALD and RUBY.

POTITO identified RUBY, real name RUBENSTEIN, as a Communist Party Member since 1929 and through this connection linked him to OSWALD, He identified OSWALD as a Communist through his association with the Fair Play for Cuba Committee (FPCC).

According to POTITO only two organizations knew the route of the parade in Dallas on November 22, 1963 for any period of time prior to the parade and these two were the United States Secret Service and the Dallas Police Department. RUBY had insinuated himself into the Police Department circle, obtained the route and arranged with OSWALD to take the job at the state school building along the route to carry out the assassination.

POTITO said the “Surgeon General’s report” on the assassination stated the first bullet entered the President’s throat below the adam’s apple clearly showing that two persons were involved with the first shot being fired from the bridge across the park way in front of the car. To further substantiate this, POTITO said there was a bullet hole in the wind shield of the President’s car.

Ruby isn’t the only man who talked to an FBI informant about a plan to kill JFK. A previously released recording of Joseph Milteer shows that the plot was quite sophisticated.

Lawyer Navy Lt. Cmdr. James D. Norvell, alleges that Oswald warned the FBI in writing in Oct., 1963, that there was a plot afoot to shoot JFK if he came to Chicago, Veterans Today reported. If true, why would Oswald then turn on the president?

We may never know what truly happened, but the truth seems to be pouring out as documents from the past ignite new questions to an age-old conspiracy while answering others. Hunt, the convicted Watergate burglar, also named some of the suspected assassins and expressed who was behind the plot, pointing at CIA operative Cord Meyer (whose wife was apparently having an affair with JFK), as well as David Morales and William Harvey, two CIA agents were involved as gunmen. Hunt also said then-Vice President Lyndon B. Johnson and William Harvey hired Frank Sturgis, Bernard Barker and French Corsican gunmen.

The CIA in the last batch of JFK files over the summer revealed that E. Howard Hunt was fingered as being responsible for JFK’s death in a 1978 “tabloid piece.”

In August 1978, Victor Marchetti published an article about the assassination of John F. Kennedy in the Liberty Lobby newspaper, Spotlight. In the article, Marchetti argued that the House Special Committee on Assassinations (HSCA) had obtained a 1966 CIA memo that revealed E. Howard Hunt, Frank Sturgis and Gerry Patrick Hemming had been involved in the plot to kill Kennedy. Marchetti’s article also included a story that Marita Lorenz had provided information on this plot. Later that month, Joseph Trento and Jacquie Powers wrote similar stories for the Sunday News Journal.

The paper was then sued for libel by Hunt but he lost the case. Subsequently on Feb. 6, 1985, a jury in Miami concluded that the CIA was involved in the assassination of President John F. Kennedy, Spotlight reported.

Then there is the fact that an entire volume on Lee-Harvey Oswald went missing weeks before the CIA was mandated to release the files, as TFTP reported.

Five months after the U.S. president’s death, documents suggested that a Dallas police officer was responsible for the assassination of JFK. According to the document detailing the conspiracy theory, JD Tippit – who was killed by Lee Harvey Oswald around 45 minutes after Kennedy’s assassination – was the real trigger man, not Oswald.

Oswald was arrested in a nearby cinema after shooting Dallas police officer J. D. Tippit.

He denied shooting anybody, claiming to reporters that he was a “patsy.”

There may be more truth to this than you think.

While MSM wants to say there is no proof that Oswald was involved in CIA or military activities, he made a strange call from the prison to a counterintelligence officer before he was assassinated by Ruby.  “The Raleigh Call” happened just hours before his death. Lee Harvey Oswald tried to call John Hurt, a former military counterintelligence agent in Raleigh, North Carolina, from the Dallas jail on the evening of Nov. 23, 1963. “For years, this significant information was ignored by assassination investigators and concealed from the public,” Dr. Grover Proctor said.

He also had significant military ties and intelligence from serving in the Marines — where his nickname was “Osvaldovich.”

Former FBI Agent, Don Adams, even says that “thousands of national archives prove that John F. Kennedy wasn’t assassinated by Oswald,” adding that “the Warren Commission was a fraud.” Adams adds another suspect’s name who he said previously threatened to kill Kennedy; that man was Joseph Adams Milteer. Finally, the nail in the coffin that this was a sophisticated conspiracy, not just a lone wolf, was a Miami intelligence audio recording from November 9th, 1963. The recording documents Milteer talking to an informant mere weeks before the shooting occurred where he relays that there is a “threat to kill President Kennedy” by a group of men.

There is much more yet to be exposed on JFK’s assassination in Dealey Plaza, and it seems the details are starting to dribble out. Adding what we now know to other past documents will give us the broader picture of what took place that fateful day in Dallas.

For more on the assassination of JFK see the article I wrote before the new documents were released here, in which I detail the sophistication of the plot and prove it wasn’t a lone wolf act.