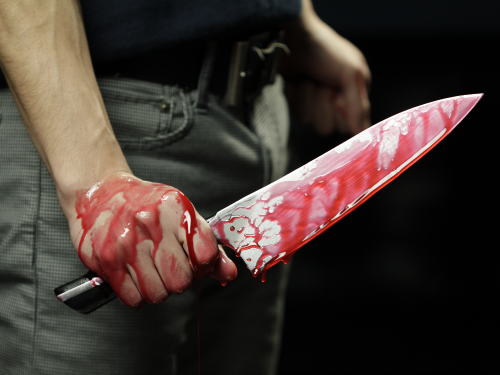 A brutal knife attack at a school in Mizhi County in the Shaanxi province, located in northern China, left seven students dead and twelve more wounded on Friday in the latest of a string of knife attacks in the country.

“Police have detained a 28-year-old suspect, who confessed to police that he had been ‘bullied’ at the same school as a child and ‘hated’ classmates,” Deutsche Welle (DW) reported.

The outlet highlighted several other knife attacks on children in recent years:

“A man stabbed and wounded 11 children with a kitchen knife at a kindergarten in China’s southern Guangxi Zhuang region in January 2017. In February 2016, another man wounded 10 children with a knife on the southern island province of Hainan before he committed suicide.”

Knife attacks in China have been consistent. In 2013, two knife attacks in the capital city of Beijing prompted officials to enact bans on the sale of knives in local supermarkets, the South China Morning Post reported at the time. In 2014, a massive rampage by multiple assailants wielding swords and meat cleavers left at least 28 people dead and 130 injured in the southwestern city of Kunming, China.

Quartz reported after that attack that “it’s unclear exactly how many knife attacks have taken place in China over the years, but the almost regular media reports of the attacks suggest that efforts to regulate the purchase of knives or punish offenders haven’t been successful.”

The outlet cited a knife attack in Xianjian the year before. In 2017, western Xianjian experienced a similar tragedy that killed eight. Citing “patchwork” attempts at knife control — like intermittent bans on knife sales before major events and requiring national identity cards to purchase deadly knives — the outlet noted that punishments for violations are light and that even harsh punitive measures often do not deter violent criminals.

“Following the execution of a 42-year-old man who killed eight children with a knife in 2010, three other separate knife attacks occurred within three days,” Quartz reported.

Though the Chinese government celebrates the country’s low crime rate, local authorities have a record of falsifying statistics, meaning it’s possible even more knife attacks occur than those that make headlines in the media.

Despite efforts to stem the circulation of knives and keep them out of the hands of criminals, the violence continues. The same unfortunate dynamic is also playing out in the west as the knife attacks in London and the U.K. at large are on the rise despite efforts by the government to curb them.

As Quartz observed in 2014, prohibition often fails, and not just with knives:

“In Japan, in 2001 a janitor wielding a kitchen knife killed eight children at an Osaka school where he worked, while a man in Tokyo went on a random stabbing spree with a dagger in 2008, killing four people. In South Korea, a disgruntled man killed eight people in a stabbing spree at his apartment complex in 2008. In Germany, a drunk 16-year-old stabbed 41 people at the opening ceremony of a Berlin train station.”

Considering prohibition fails to curb a wide variety of behaviors, from violence to drug use to prostitution, it is proving increasingly worthwhile to consider other factors that lead individuals to commit atrocities.