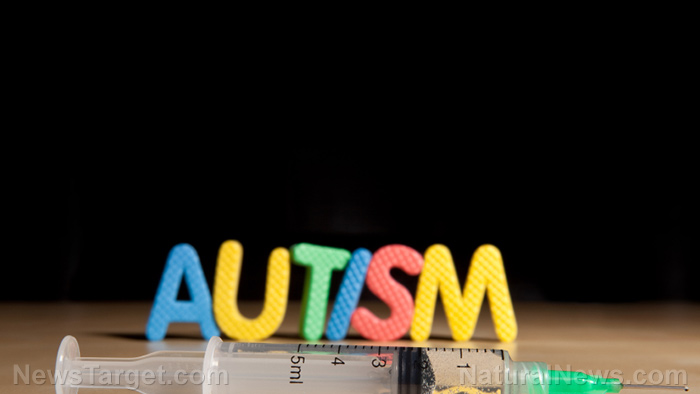 (Natural News) The surge of autism diagnoses in recent years has left many people looking for an explanation. Oft-labeled a “conspiracy theory,” or something to that effect, the suspicion that vaccines are a potential cause of autism is on the rise. New research from the Canadian government has indirectly shown that in highly vaccinated populations, autism rates are noticeably higher. These shocking findings are sure to leave vaccine propagandists reeling while they try to somehow discredit the findings of a government agency.

As The World Mercury Project reports, Canada ranks in the “top 10” countries for autism rates. In 2018, it was revealed that 1 in 66 Canadian children were on the autism spectrum, based on data collected in 2015.

The Public Health Agency of Canada even crafted the “National ASD Surveillance System,” or NASS, to track the number of people diagnosed with autism. The system was intended to provide a look at autism diagnoses “both across regions and over time.”

The agency’s efforts proved successful, showing a steady increase in autism spectrum disorder (ASD) diagnoses since 2003 — as well as substantial differences from region to region.

The three regions with the highest autism prevalence were Newfoundland and Labrador (1 in 57), Prince Edward Island (1 in 59) and Quebec (1 in 65). Comparatively, the Yukon boasted significantly lower rates of autism, at just 1 in 125.

As Dr. Zimmerman, from British Columbia, notes, there was a report on vaccination coverage in Canadian kids published back in 2013 — just two years before the data for the ASD survey was collected.

While correlation does not always equal causation, the fact of the matter is that this is an association worth investigating. Moreover, countless parents have reported a sudden change in their child post-vaccination — which to any scientist worth their salt, should at least be cause for concern.

Sadly, vaccine dogma has become so ingrained in our society that the very notion of even questioning vaccine safety is seen as an outrageous act of total lunacy. Indeed, those who dare to even suggest that vaccines contain harmful ingredients are labeled as “crackpots,” “conspiracy theorists” and deniers of “real” science. In a truly Orwellian fashion, anyone who posits that vaccines have the potential to harm children is labeled “anti-science.”

In reality, the belief that vaccines are completely innocuous is what’s “anti-science,” as it disregards the mountains of evidence that vaccines can and do harm children every year. Who’s really benefiting from all this vaccine totalitarianism? (Related: Stay up to date on the latest vaccine truths at Vaccines.news or AutismTruthNews.com.)