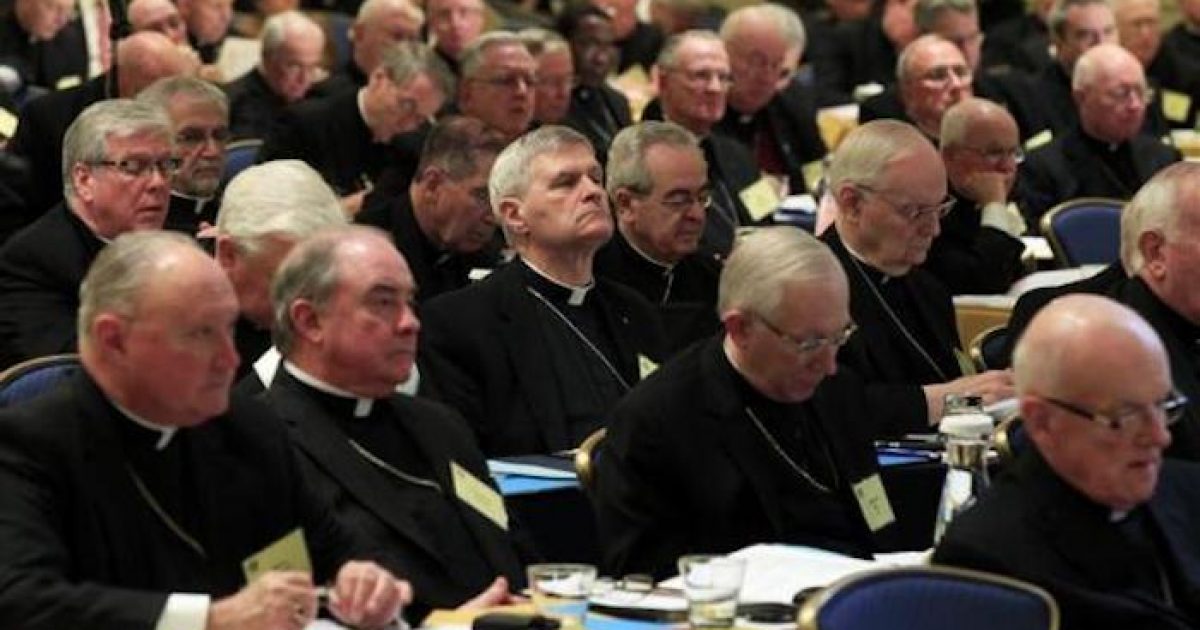 And do the U.S. Catholic bishops feel any obligation to support measures that would protect Americans from jihad attacks? Apparently not.

What’s more, all of the jihadis who murdered 130 people in Paris in November 2015 had just entered Europe as refugees.

In February 2015, the Islamic State boasted it would soon flood Europe with as many as 500,000 refugees.

The Lebanese Education Minister said in September 2015 that there were 20,000 jihadis among the refugees in camps in his country.

The bishops have never expressed any concern about any of this.

They are completely in line with Pope Francis, who has claimed risibly that “authentic Islam and the proper reading of the Koran are opposed to every form of violence.”

This has become a superdogma in the Catholic Church: if you don’t believe that Islam is a Religion of Peace, you will be ruthlessly harassed and silenced by the U.S. Conference of Catholic Bishops (USCCB) and the hierarchy elsewhere as well.

And so what possible reason could there be to be concerned about these “refugees”? It’s a religion of peace!

The bishops, of course, have 91 million reasons — indeed, 534 billion reasons — to turn against the truth and disregard the safety and security of the American people: “In the Fiscal Year 2016, the United States Conference of Catholic Bishops (USCCB) received more than $91 million in government funding for refugee resettlement. Over the past nine years, the USCCB has received a total of $534,788,660 in taxpayer dollars for refugee resettlement programs.”

It was not always thus. For centuries, in fact, as I detail in my forthcoming book The History of Jihad From Muhammad to ISIS, the Catholic Church was at the forefront of efforts to resist jihad aggression in Europe. In it, you’ll discover: