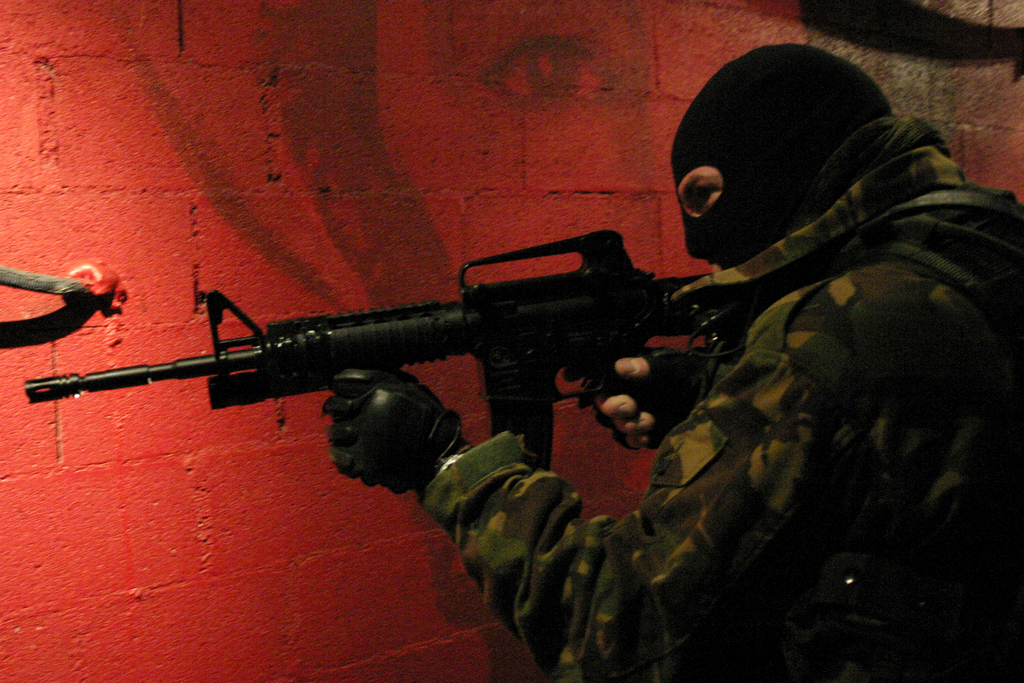 Editor’s note: This article must be sent to every major elected official in the government all the way up to the President, as the American people demand answers.

LAS VEGAS (INTELLIHUB) — As you may already know, according to the FBI’s official narrative regarding the 1 October shooting, the massacre was carried out by a lone wolf shooter named Stephen Paddock from his 32nd-floor Mandalay Bay suite. However, the official narrative fed to the American people by the government couldn’t be further from the truth as irrefutable proof of two shooters has now surfaced, blowing the lid off the FBI, Las Vegas Metropolitan Police Department, and mainstream media’s can of lies which they force fed to the public.

At 4:00 into the following video which was captured as the shooting took place you can distinctly hear a what appears to be a light machine gun firing approximately 100 rounds in the distance at the exact same time a 10 round fully automatic burst of gunfire can be heard near or within the venue in the foreground.

The volleys are obviously being fired from two separate weapons, from two separate positions, proving once and for all that officials engaged in a massive cover-up of what really took place on that dreadful night.

Go to 4:00 into the video and listen carefully.

The 10 round burst is very distinct, and even sounds as if subsonic ammunition is being used, possibly a suppressor of some sort.

This article must be shared with every living soul on the planet, as it proves the government has lied to the American people.

Send this article to everyone you know, this has to come out! And remember, you saw it hear on Intellihub first.

You can read over 200 detailed reports on the Las Vegas Massacre here.