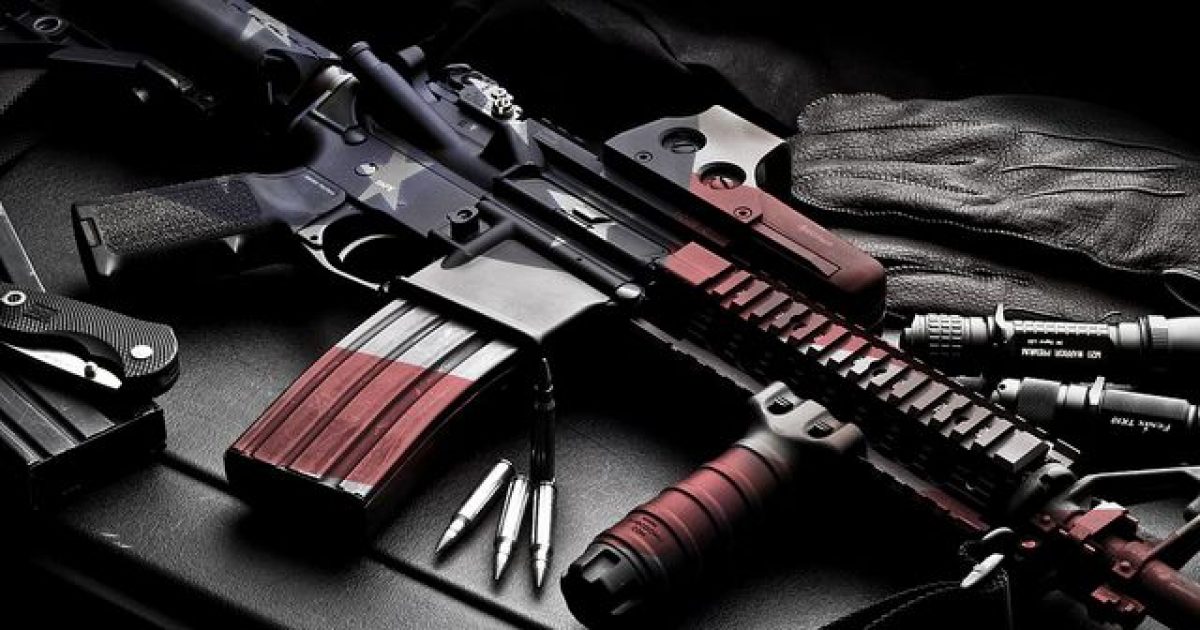 Let me say out of the gate, it is already illegal to ban guns law-abiding citizens anywhere in the united States because our Constitution recognizes a God-given “right to keep and bear arms.”  With that said, too many in our society think they can just willy nilly write “laws,” which are actually pretended legislation, to ban guns.  Well, several counties in Oregon have had enough and are advancing what they call “Second Amendment Preservation” ordinances to make it illegal to ban guns.

The move comes from several counties across Oregon due to Initiative Proposition 43 (IP43), which seeks to ban certain types of weapons and other accessories.

The item may appear on the ballot in November and according to the measure:

This initiative would ban certain firearms defined by the initiative as assault weapons and ammunition magazines capable of holding more than 10 rounds. Specifically, the initiative would prohibit the manufacture, import, sale, purchase, transfer, or possession of the following and make violation a Class B felony:

Of course, government is always looking out after itself and as such, there would be exceptions to government officials, military personnel, and police officers.

Furthermore, the “generous” government would allow its slaves to keep their banned firearms provided they permanently made them inoperable.

In response, counties are fighting back.  Klamath and Deschutes Counties are advancing a county-wide ordinance that would disallow the sheriff from enforcing either state or federal law that infringe on the people’s right to keep and bear arms.

Preserve the right of the People of, on and in Klamath County to:
Keep and bear arms as originally understood; in self-defense and preservation, and in defense of one’s community and country.
Freely manufacture, transfer, sell and buy firearms, firearm accessories and ammunition, which are designed primarily for the same purposes.

In Deschutes County, Jerrad Robinson filed a similar ordinance and in Columbia County another was filed.

Each of those ordinances prevent those in local law enforcement from carrying out state or federal laws that infringed on the people’s rights, like those in IP43.  They effectively ban gun bans.

IP43 essentially turns law-abiding citizens into criminals overnight under the color of law, even though the law itself is criminal in nature.  Any violation of the initiative would be a Class B felony!

Representative Bill Post (R) has been letting citizens of Oregon know about the potential ballot initiative.

“This is completely out of hand,” he said.  “I couldn’t believe it. I’ve been told so many times by people in favor of gun control: ‘no one is coming to take your guns.’ This (IP43) explicitly comes for your guns.”

Well, yeah!  It’s because they are either liars or ignorant and most are not ignorant.

“This got zero comment or help from anybody in Oregon’s Democratic leadership,” Post added.  “The reason they’re not supporting this is that they’re not stupid. They know this would bring out the greatest red (Republican) wave of votes in Oregon history.”

Sadly, stupid church leaders are promoting this in the wake of the Parkland shooting and the March for Our Lives useful idiots’ protest.

Pastor Mark Knutson of the Augustana Lutheran Church in Portland said, “Young people in this country are crying out.  This is the moment in time where we need to step alongside them as adults and do our part with them.”

Our part should be to remind them that tyrants take weapons, slaves have no arms and the results of a disarmed society

.  It should be to remind them of our duty before God, the history of our nation and the history of governments who disarmed their people to the tune of tens of millions of people murdered due to the first steps of gun confiscation.

The National Rifle Association responded to the measure:

This initiative seeks to ban all semi-automatic rifles that fall under its version of the “Assault Weapon” category.  In this case, it considers any semi-automatic rifle capable of accepting a detachable magazine, and also having one arbitrarily determined cosmetic feature, to be subject to the ban.  Such cosmetic features include certain stock configurations that have no relationship to how the firearm operates, as well as other attachments that have no impact on the firearm’s actual function.  By comparison, when the failed federal “Assault Weapons” ban of 1994 was passed, it required two of these features to be banned.

Semi-automatic shotguns would also be banned based on the new one-feature test.

Beyond the firearms themselves, this proposal also seeks to outlaw countless magazines, including those that are commonly sold with any number of rifles, handguns, and shotguns.  At this point, proponents of Oregon Initiative Petition 43 have drawn the line at magazines capable of handling more than 10 rounds, but similar proposal throughout the country have ranged widely in their limits.  At least one restriction “allows” only five rounds.  In the end, anti-gun extremists will always seek to impose whatever magazine limitations they feel they can achieve.  Today, in Oregon, that limit is ten rounds.

Should this proposal become law, and a law-abiding citizen who possesses one of these newly restricted items wishes to remain law-abiding, he or she will be required to either surrender it within 120 days, or register it and commit to storing it according to Oregon’s “safe storage” requirements.  Anyone who moves into Oregon with an affected item (magazine or firearm) would be required to dispose of it.

The truth is that banning arms and accessories to those arms will not stop violent criminals who use guns.  It will be an unlawful move that infringes on the very rights said government is supposed to protect, as that is what the people elected them to do.

One thing we already know and that is many sheriffs in Oregon have already took a stand like this without law beign written because they are duty bound to defend the rights of the people.

Here’s just a few examples from the Obama era.