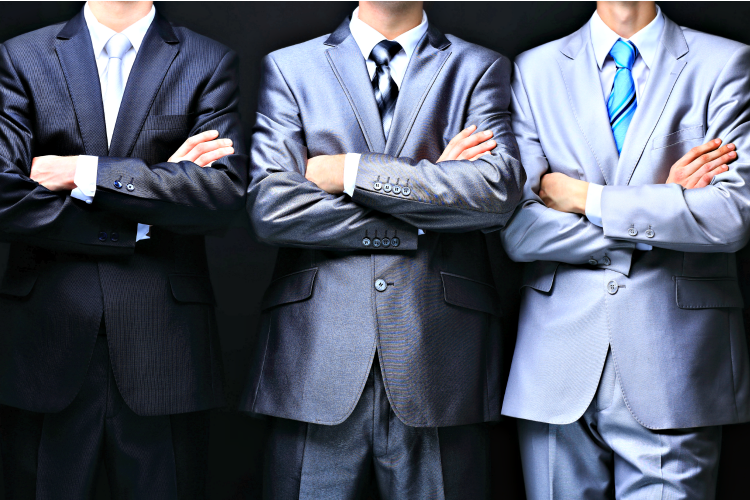 At least according to the University of Texas at Austin.

They’ve rolled out a program called MasculinUT that treats men as though they are violent rapists just waiting for a woman on whom to force themselves. And, you know, slap around a little, because apparently, that is what men do. The project praises a poster of a black man with a flower crown, but mourns that masculinity “should go further than that.” 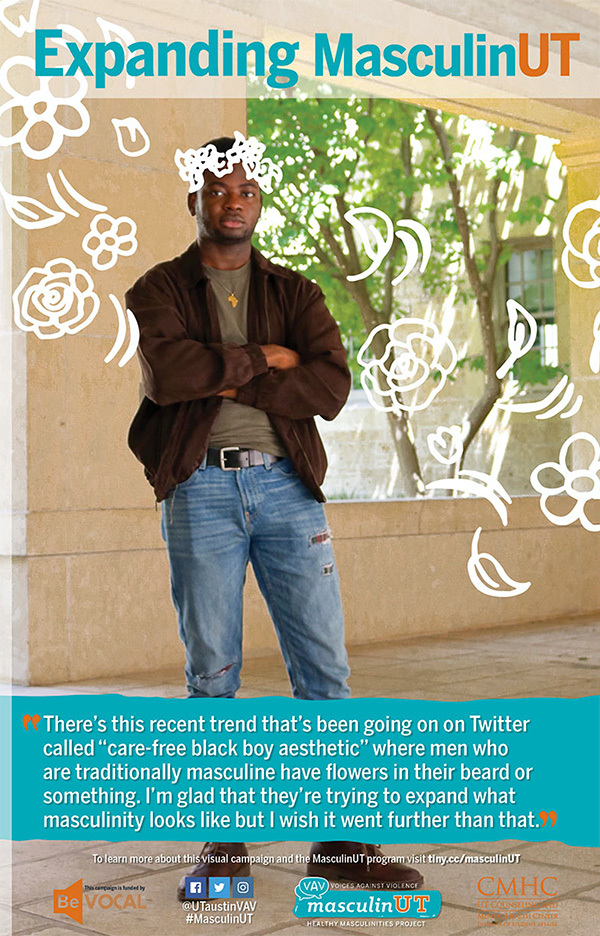 This makes me curious about what “further than that” would look like. Curious in a morbid, car accident on the side of the road kind of way, where you want to see it but you don’t want to see it all at the same time.

Outrage about the mental health aspect

The program is a project of the Counseling and Mental Health Center, and many media outlets immediately objected to this, stating that they were treating traditional masculinity as though it was a mental health issue. American Thinker and PJ Media both voiced their outrage.

In response, UT has rewritten their webpage about the MasculinUT program. (Emphasis mine)

The MasculinUT program does not treat masculinity as a “mental health issue,” and any such statements are simply not accurate. It was established to bring more men to the table to address interpersonal violence, sexual assault and other issues.

Like other UT programs related to sexual assault and interpersonal violence, MasculinUT is housed administratively in the university’s Counseling and Mental Health Center. Its goals include helping men explore ways to reduce sexual violence, helping students take responsibility for their actions, and fostering healthier relationships on campus and beyond.

These are important goals that we strongly stand behind. It has become clear that some of the communication and discussion surrounding MasculinUT did not convey this fully or clearly and was not effective at reaching the broad audiences the program envisioned. As a result, we will be reviewing the website and other content to ensure that it serves the program’s goals and will make any appropriate changes as we receive feedback from stakeholders.

Earlier this year, the UT System Board of Regents approved funding for mental health, student safety, and alcohol-related initiatives including efforts to reduce sexual assaults on campus. The new staff position that will oversee this program, and coordinate with other UT System schools, is part of those efforts funded by the Regents. (source)

I dunno. I mean, maybe it’s just me, but it still sounds kind of mental health-ish, doesn’t it?

And this thing at UT is only the tip of the iceberg in this war on men.

This is part of a war on men.

I hate to sound melodramatic, but this seems to me like another part of the ongoing war on men. Lately, there is little that a man can do without the Social Justice Warriors taking him to task. God help them if they dare to hold the door for the wrong woman. (Not me, though. I’m going to be ticked off if you don’t hold the door, because MANNERS.)

Let me be absolutely clear. Men who behave like Harvey Weinstein and Bill Cosby are accused of doing are indefensible. Harassment as part of a job should never happen and should be harshly punished when it does. Secretly drugging a woman or coercing a woman to have sex is wrong. Treating women like they are stupid is wrong. Paying them less for the same performance at the same job is wrong.

But most men, at least the ones I know, are not like that. My dad was kind, generous, loving, and armed to the teeth.  He was a veteran and a healthcare professional. He showed me the best of both worlds. He would never have let anything bad happen to me, he treated me like a lady so that I knew how I should be treated, and he encouraged me that I could do anything I wanted if I put in the work. He was a gentleman, and that is a wonderful thing for which to strive.

We now live in a world in which some people who promote “gender equality” feel that men should have to cater to women, step aside and let them have the promotions just because they have female parts (or say that they’re female), and refrain from speaking in meetings so that the women can do all the talking. This article has 100 helpful hints for men to help make women’s lives more “bearable.” (I do have to agree with the one about the word “feisty.” Call me feisty and risk getting punched in the throat. But I digress.)

In what possible world is that EQUAL? I personally don’t want some kind of vagina handicap and I’m delighted to compete against men fairly in the workplace because I sincerely believe that my skills, intelligence, and talents put me on equal footing with them. I wouldn’t feel any sense of accomplishment if someone treated me like that. In fact, it’s so condescending that it would infuriate me.

And this isn’t all. There are numerous examples of women discriminating against men. Words like mansplaining and manspreading, for example, are pretty offensive, Tell them to shut up or move over instead of making up words for it. Heck, I have been known to sprawl a bit too much on the subway too, but a polite “excuse me” is all it takes for me to make more room.

One author even went so far as suggesting we don’t need to “redefine” masculinity, but instead, completely “get rid” of it:

It might sound rash, getting rid of masculinity. But it’s really not a crazy thought. We only have to look back a little over 100 years to understand that, in America, the concept of masculinity was constructed to defend white supremacy and white male dominance over black men and women of all races. (source)

To me, the idea of a world so unisex that we can’t tell the women from the men sounds very dull indeed. The differences between us are the things I enjoy the most.

It’s also an attack on the future.

And our boys. Our poor boys.

Like the 4-year old boy who hugged his teacher and got written up for “inappropriate sexual contact.”Does the average 4-year-old boy even know what that means?

Or this list written by a group of 9-year-old boys about why they don’t like being boys.

Boys who are just average kids, you know, the ones who are active, enjoy bugs and have trouble sitting still for an entire day when they’re 6 years old, end up getting drugged and treated for ADHD. Popular culture is urging us to encourage our boys to be girlie. And while I certainly don’t think we should shame little boys if they want to play with a doll, I also think that boys need to be able to embrace being boys and have positive male role models.

The war on men will hurt everyone eventually.

There’s absolutely nothing wrong with a man who is manly and boys shouldn’t be taught that there is. We’re screwing up an entire generation here. We’re politically correcting ourselves into extinction. Many women prefer men that are masculine, and men enjoy being appreciated for who they are. How do you think birth rates are going to be in a generation of soft, sensitive men wearing eyeliner and a pink shirt, and brash, angry women who constantly point out what they’re doing wrong? Think I’m exaggerating? Birth rates among millennials have hit historic lows, and they’re having less sex than any generation in 60 years.

I for darn sure don’t want to be the “guy” in the relationship, going downstairs to check out the source of the crash in the kitchen while my man stays upstairs and calls 911. I mean, I can do it, but I’m not going to have much respect for him after that.  To win my heart, bring me flowers and then open the car door for me when we go to the shooting range for a hot date. Then, let’s talk about politics, philosophy, and the state of the world. I don’t have to have someone to defend me or pay my bills, because I have been a single mom for a lot of years. I want my abilities to be respected, but, the idea that someone would want to do that doesn’t make me angry. I think it’s nice.

And what about defending our nation in a generation or two? These kids being raised to be terrified of guns and violence. They will be completely at a loss if we’re invaded. I shudder to consider the military of the generations to come. To become so weak and homogenous puts our very future is at risk.

It seems like men can’t act like men without the risk of a lawsuit lately, but you guys should know that not all women stridently condemn you for being your wonderful selves.

Once upon a time, feminism was about equality. Now, it’s about anything BUT equality. It’s about denigrating half of the population and forcing them to behave in a way that is completely unnatural to them.

Not all masculinity is “toxic.” Men and women are different, and this is biology. There’s nothing wrong with this. It happens in every single species. And to try and stamp this out is a dangerous experiment that will not end well.