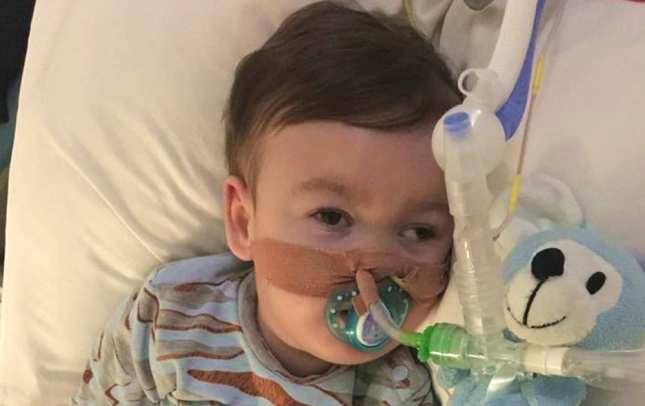 (Natural News) Watching in horror the “health care” murder of baby Alfie Evans over the last few days, I’ve been gathering an array of stories and sources to bring you a detailed, definitive report of what actually went down. Until that full report is ready, however, it seems urgent to share with you the conclusion of my research: I am convinced that Baby Alfie Evans was executed by lethal injection, and the hospital that murdered him appears to be the center hub of a multi-decade baby organ harvesting crime ring that saw 100,000 baby body parts harvested and illegally held in hospitals all across Britain. (See multiple news sources, below.)

It has always been clear that the Alder Hey children’s hospital sought to accelerate the death of Alfie Evans while silencing his parents through a sustained attack consisting of threats and intimidation tactics. Now, Life Site News is report that Alfie Evans was injected with four different drugs by hospital staff just two hours before he died. This, of course, was after several days of being starved to death and denied water. Virtually the entire corporate-controlled media has withheld this information from the public for a variety of nefarious reasons that I will discuss in another post.

[A] nurse entered the child’s cubicle after his father Tom had been called aside and gave him four drugs. A source close to the family told LifeSiteNews that these were injections that were administered to Alfie after Tom had been summoned for an unusual middle-of-the-night meeting with the hospital. The child died two hours later.

Alder Hey hospital doctors had previously conveyed to the Evans’ family in a legal document how they intended to use a drug cocktail that included Midazolam and Fentanyl as part of Alfie’s “end of life care plan.” Side effects of the drugs included respiratory depression. Tom Evans called it an “execution plan” for his son.

Keep in mind that the hospital forced Alfie’s parents to read a so-called “hostage letter” to the press, and they stated that the family would be punished because of the poor attitude of the parents who apparently didn’t go along with the hospital’s plan to murder their baby. As LifeSiteNews reports:

The day prior to Alfie’s death, Tom Evans read to the press outside the hospital what is now being called by many a “hostage letter.” In what appeared to be a forced statement, Tom read out a letter calling all the supporters of Alfie to go home and resume their lives. He thanked the hospital staff for their care of Alfie, even though just hours earlier he had attempted to have them charged with conspiracy to murder his son.

“A subsequent inquiry into the retention of organs from babies and foetuses born at Alder Hey found that more than 100,000 body parts, many of them taken illegally, were being held in hospitals around Britain,” reported the UK Independent in 2004. “[T]he remains of 1,000 unborn infants, discovered during the scandal over organ retention at the city’s Alder Hey hospital, [will be] laid to rest.”

To be clear, we’re talking about a massive campaign of illegal organ harvesting from babies, carried out over decades, involving the very same Alder Hey hospital that just murdered baby Alfie via lethal injection.

That same story goes on to report:

In March this year a High Court judge ruled that 1,300 families of children whose organs were taken without permission had suffered from negligence at NHS hospitals and could be entitled to compensation.

Stacked in columns 10 deep with just a numbered plaque to distinguish them, the bodies of 50 unknown babies were yesterday lowered into a single grave after lying forgotten in laboratory store rooms for at least 25 years.

It seems that baby Alfie Evans is not alone in being murdered by the corrupt medical system in order to harvest his organs. The practice has been going on for decades…

The hospital at the centre of a row over organ retention has admitted for the first time that it gave organs from live children for research purposes in return for cash.

Between 1989 and 1995 these [thymus] glands, found beneath the breast bone, were given to pharmaceutical company Aventis Pasteur for research purposes. In return the company donated money to the hospital’s cardiac department.

Baby organs for cash? Indeed. That’s how the Alder Hey raised money to fund salaries of its doctors and administrators, it turns out. It’s all documented by the BBC and other UK news sources.

Babies might be worth more to Alder Hey DEAD than alive

I’m going to do a full report on this topic, and Alder Hey’s child-murdering lawyers can come to Texas and try to threaten me in person if they want me to stop. But I won’t be stopped for the simple reason that, according to my research, Alder Hey is a criminal medical “front” for routine organ harvesting from human babies. Those babies, it turns out, may be worth more to Alder Hey DEAD than alive.

After all, drug companies and vaccine companies are standing by, ready to pay big money for harvested baby organs: Up to $50,000 alone for a single human heart (see below). And any living baby the hospital wants to target can simply be given a lethal injection to be executed on the spot, all while threatening the parents into silence.

Welcome to the UK’s horrific death panels and its murderous hospital crime cartels, where the value of a human life is measured in cold hard cash rather than warm, living beings.

I’m convinced that Alfie Evans was murdered by the hospital. Even worse, it’s apparent this was not an isolated act.

If you dare, read this astonishing document on child organ trafficking across the globe, which also mentions the Alder Hey hospital by name:

As this document explains:

There is huge demand and a market for body parts especially eyes, hearts and kidneys belonging to children. Estimates indicate that at least one million children have been kidnapped and killed in the past 20 years for organs. A kidney or eyes can fetch up to US $10,000 and a heart could cost US $50,000 or more. Estimates further indicate that money laundering in this deadly trade accounts for up to 10% of the world’s GDP, or as much US $5 trillion. As a result, the black market for children’s organs is expanding and more and more children are kidnapped and killed.

The document specifically mentions the Alder Hey children’s hospital in the UK:

In 2001, Britain was also pressed by allegations of storing hearts, lungs, brains and other organs from children in hospitals. A Dutch pathologist Dick Van Velzen at the Alder Hey Children’s Hospital in Liverpool had confessed to removing hundreds of thousands of organs from children’s bodies and storing them in hospitals all over the country. The doctor told the BBC program ‘Panorama’ that body parts from living children were given to a pharmaceutical company for research in return for financial donations following management’s instructions. An inquiry by a British Medical Officer reported that in addition to over 2,000 hearts, there were a large number of brain parts, eyes taken from over 15,000 stillborn foetuses and perhaps most disturbingly of all, a number of children’s heads and bodies. Professor Van Velzen, who was sacked from a hospital in Canada where he faced similar charges also worked at a hospital in Holland.

All roads lead back to the WHO, Bill Gates and vaccine medical experiments on children

None of this should be surprising to those who are aware of the history of vaccines, medical research and the routine use of human babies and children for medical experiments.

Around 16,000 girls between the age of 9-15 years were given three shots of vaccine, (manufactured by Merck) by the state health department. The girls were told that they were being given “well-being” shots. The incident started getting attention when some months later, several girls’ health deteriorated and the following year, five of them died. Two such similar cases of deaths were reported from Vadodara, Gujarat, where 14,000 tribal children were also vaccinated with the HPV vaccine Cervarix, made by Glaxo SmithKline.

What I’ve published here so far just barely scratches the surface of this story. If you have the stomach for it, read the book The Red Market by Scott Carney, and you’ll come to learn the horrifying truth about organ harvesting, child traffickers, medical research and “blood farmers.”

I warn you, however: Page after page of reading this book, you will absolutely lose any remaining faith you might have had in humanity. Because the so-called “health care” system that dominates our world today is steeped in organ harvesting, child trafficking and the use of human guinea pigs for inhumane medical experiments. Vaccines, abortions, organ harvesting… it’s all intertwined in a cabal of such horrifying, twisted evil that you risk going mad merely by peering into its dark soul.

Check Natural News for more coverage of this issue in the near future. And pray for humanity, and it seems the death merchants are now in charge of the entire medical system (and the media, too).