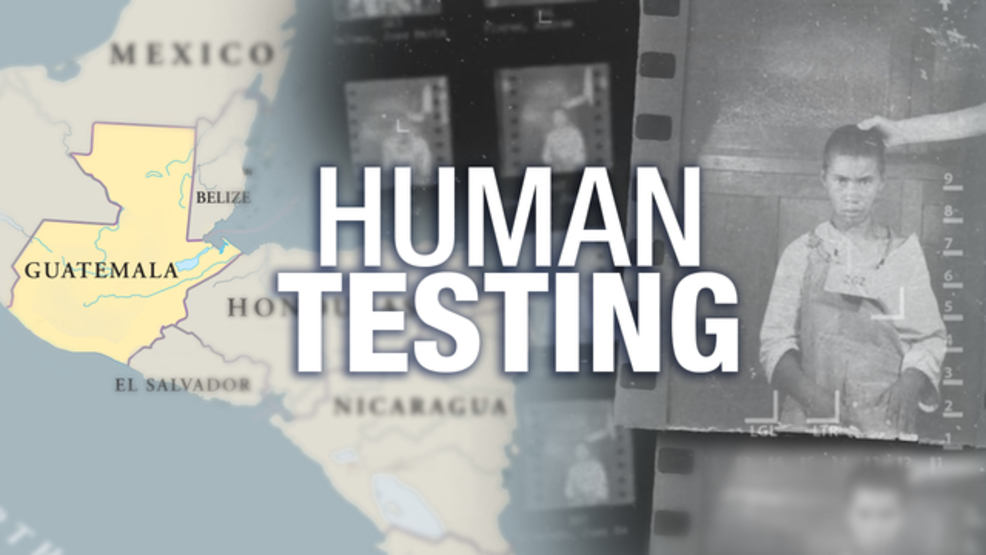 I know, I know, many who have read our reports about the government and military experimenting on its own citizens without their permission for so-called preparation to deal with biological attacks and such have cried “conspiracy theorist” in an attempt to silence voices exposing the truth, but now, even a well renowned investigative journalist like Sharyl Attkisson is reporting on such things.

In here latest Full Measure, Attkisson reports on the US military human testing in Guatemala that resulted in hundreds of people being infected with disease and yet, no one has been held accountable for it nor will they be.

Then, there’s her report.

It’s been 70 years since U.S. experiments purposely infected hundreds of Guatemalans with sexually transmitted diseases. It was an attempt to find treatments for U.S. service members at high risk of catching syphilis and gonorrhea. Full Measure correspondent Joce Sterman traveled to Guatemala and found the human test subjects picked to help find a cure, are still searching for one themselves.

US Archive Video: The greatest risk is that of venereal diseases.

In the 1940’s the United States military was fighting many enemies.

US Archive video: The probability of acquiring syphilis is one in 10.

Sexually transmitted diseases were a real threat to the armed forces. And the US government went to incredible lengths to combat them.

In her report, Susan Reverby, who is a Wellesley College professor who has written on the Tuskegee syphilis experiment uncovered the experiments in Guatemala, was interviewed.

“He’s inoculating people with not only with syphilis but also gonorrhea and chancroid and other sexually transmitted diseases, I’m standing there like my mouth is dropping,” she said, referencing the American doctors who were testing the Guatamaleans for the purpose of protecting promiscuous American soldiers, which was championed and funded by the US Public Health Service and lead by a physician named Doctor John Cutler.  “I’m thinking wow, no one has ever heard of this.”

She’s right.  Many have not heard of this testing.

Reverby was asked after looking at Cutler’s papers if she thought it incredible.

“A little bit but the other thing is I’m a historian of medicine, so there are a lot of horror stories with the history of medicine,” she said.  “This horror story made headlines around the world, detailing the more than 1,300 people infected, including orphans, mental patients, prisoners, and soldiers. Many of the victims were deceived about what was happening and then infected in an agonizing fashion.”

His home consists of 8 occupants, 3 adults, his father and four children.

His father claims it all started some 70 years ago, and that he was infected during his time with Guatemalan Air Force.

Frederico Romas, Benjamin’s father, told Full Measure, “There was a military base with only foreigners. They were administering injections and that’s where they injected me.”

“He had been in the military one year when these Americans came to Guatemala to conducted these experiments,” Benjamin said.  “And they violated these families because it wasn’t just him there were many others.”

“We started discovering that his illness infected the first, second and third generations,” he added.  “More than half the experiment victims went untreated, passing down the diseases like a tragic inheritance. So far all they’ve received is an apology, with President Obama making an unprecedented call to Guatemala’s president.”

“This is the National Palace, essentially Guatemala’s version of the White House. Back in 2010, President Obama called the president here to apologize for those experiments,” continued Ramos.  “The administration called them shocking and tragic. After that, many of the Guatemalans involved in those experiments expected some sort of action, but it didn’t happen.”

When asked if he was angry about the experiments, Ramos said, “Well, sometimes I get angry against those persons but what can we do? The only thing we can do is ask God to forgive them. I try not to be angry because sooner or later things will be solved and we will be able to receive compensation from the United States.”

Reverby commented, “Scientists often think of themselves as generals in a war on disease. And if you’re a general, you get to figure out who dies. You send people into battle and they die for the good of the whatever you think you’re fighting for. And that happens in science too. People are sent in essentially as the foot soldiers of science.”

Attkisson then asked her reporter, Jose Sternum, if there was anything that was actually helpful that came out of the experiments.

“Scientifically, no, not then,” Sternum declared.  “But now there’s a question of whether bio-specimens collected during so-called research in Guatemala have been used more recently. Medical and legal ethicists from two universities are now calling for a full audit of what’s in the U.S. bio-medical archives because right now no one knows. And this raises a new question, about whether the legacy of unethical science, may still be at work today.”

American military conducting these types of experiments is criminal in nature, and call me a conspiracy theorist if you like, but it smacks of German Nazi experiments that could be tied back to George Bush’s father, Prescott Bush, and Operation Paperclip, in which Nazi scientists and doctors were smuggled into the US.