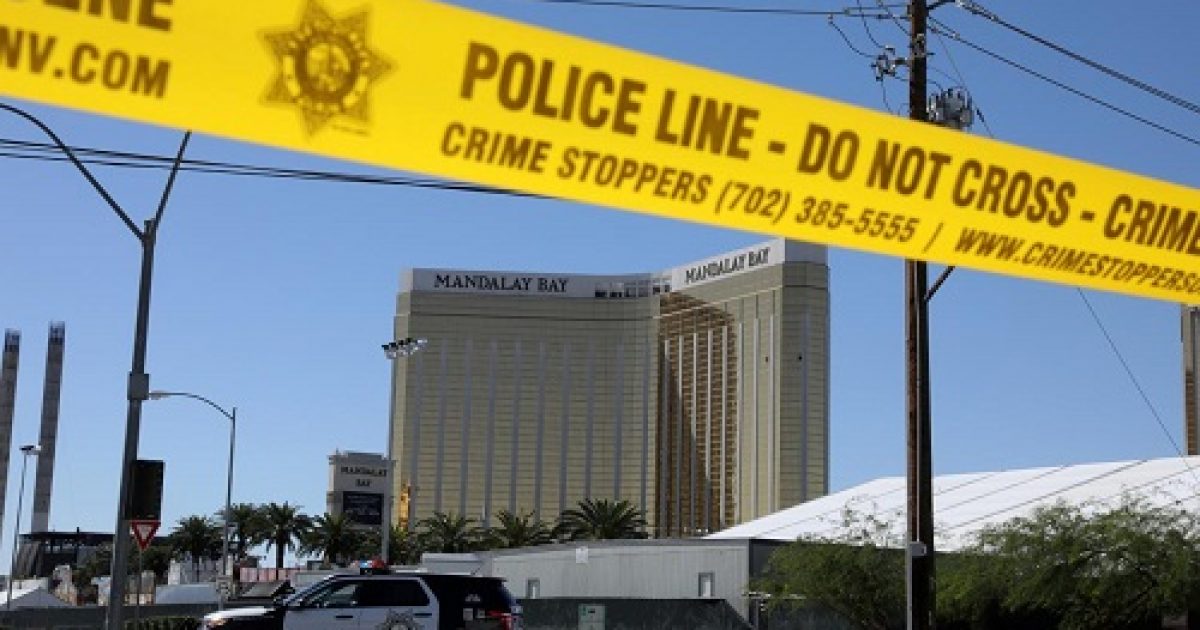 We’ve reported on Natural News’ Mike Adams audio analysis of various videos from the October 1, 2017 Las Vegas shooting.  In that report, Adams pointed out that there were at least two shooters, and that due to the audio analysis of the shots fired.  Now, we have a video where you can actually hear two distinct weapons being fired, one close to the person filming and one that seems a bit further away.

If first stumbled upon the video via Intellihub.  Take a look for yourself, but listen carefully, especially around the 4:00 mark.

This is clearly not an echo as there are longer bursts of fire from one weapon versus the other.

At 4:00 into the following video which was captured as the shooting took place you can distinctly hear a what appears to be a light machine gun firing approximately 100 rounds in the distance at the exact same time a 10 round fully automatic burst of gunfire can be heard near or within the venue in the foreground.

The volleys are obviously being fired from two separate weapons, from two separate positions, proving once and for all that officials engaged in a massive cover-up of what really took place on that dreadful night.

The 10 round burst is very distinct, and even sounds as if subsonic ammunition is being used, possibly a suppressor of some sort.

That could be, or, as Adams points out, it could be coming from a weapon that is not right in the vicinity of the recording.

Here’s the Health Ranger’s analysis of the shooting.

In analyzing the audio recordings of the shooting, Adams maths the results, which are undeniable.  It’s not a conspiracy theory, it’s a conspiracy fact, since the audio demonstrates the presence of two shooters, not one.

“More importantly, when the audio from the Las Vegas shooting is analyzed, it reveals TWO shooters operating at the same time, not just one shooter,” Adams added.  “Shooter #1 is operating at 425 – 475 yards, which is consistent with the Mandalay Bay hotel, but shooter #2 is operating at approximately 250 – 270 yards.”

Adams went on to chart a few locations where the second shooter could have set up to carry out an attack.

So far, we’ve continued to hear that this was simply conducted by Stephen Paddockalone, even though another arrest in the case was made.  However, that arrest was of the man who sold him the ammunition.

This latest video seems to be convincing evidence, if authentic, of a second shooter.  So, why are we not hearing any reporting on this at all?  Why are local police and the sheriff’s office not answering questions with regard to this evidence?  And why are we still waiting on hundreds of hours of video evidence and thousands of calls to 911 to be released to the public from Mandalay Bay Hotel and Casino and other video footage?  What about the claims of drones in the area?  Why have we not seen the FBI interrogate the Australian man who claimed to be in the room next to Paddock but knew things that only those investigating the matter should have known?  These are just some of the questions that are driving inquiring minds regarding this incident.