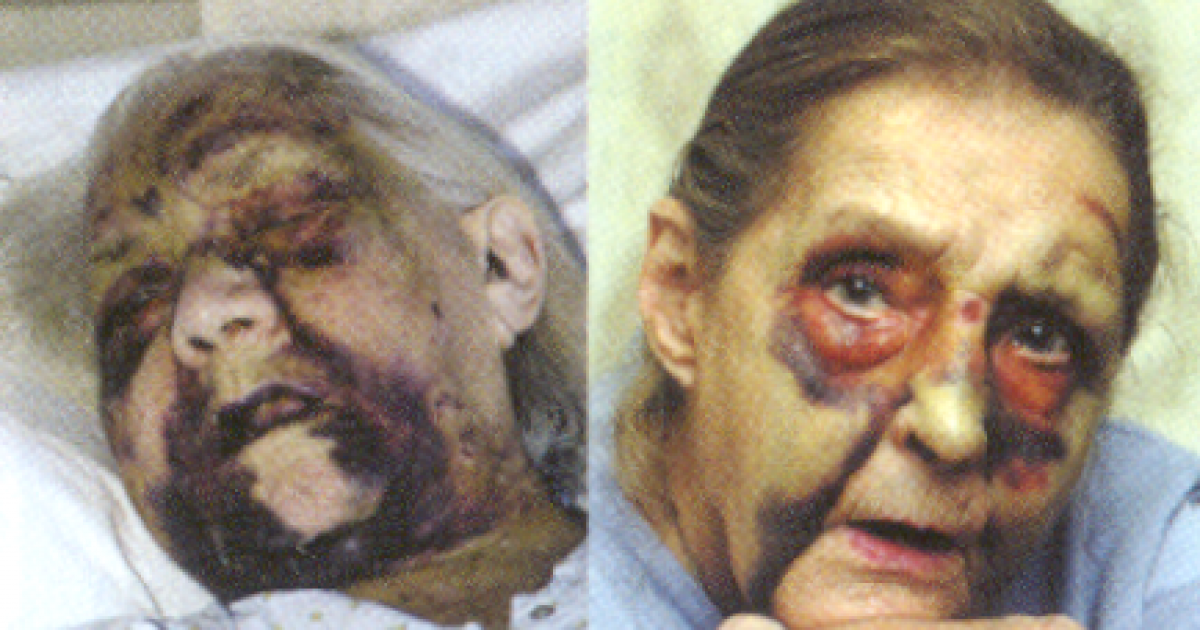 “So it came to pass in the day of battle, that there was neither sword nor spear found in the hand of any of the people that were with Saul and Jonathan.” (1 Samuel 13:22)

Just recently, while taking care of business, I walked into a craft store where a woman was working. At first, I was not sure if I heard an English accent or not.  She spoke again and then I was sure of it.

I asked, “Are you from England?” and she said that she was. I then asked her how disarmament was working out for the people there.

She told me that she has now lived here in America for 40 years and that her mother still lives there. She went on to say that her mother was so brainwashed that she has a wad of money rolled up in a secret compartment so when, not if but when, an intruder breaks in, she can tell them where the money is in hopes of them not bringing harm to her (Luke 11:21).

This all reminds me of Annie Hendrick and Sally Skidmore who are two women that live in England, as well.  They are both in their 80’s and were beaten by intruders.

In fact, one woman was so tired of intruders breaking into her home, that she put chicken wire around her home.  Once the local government found out what she did, they summoned her to court and told her that she must remove the chicken wire, lest it hurt one of the intruders.

What does history teach us when a nation is disarmed?

The woman I was speaking with also told me that now with all of the Muslims coming into their country, knives have now been outlawed due to all of the stabbings and the police were disarmed in England, as well. I could not believe that a people could be so dumbed down to accept this in any country (Hosea 4:6).

I then asked her if she had seen the video of the 11 British police officers vs. one Muslim with a knife.  I have never seen anything so ridiculous.

After viewing the video above, one must understand the reprobate and perverse minds of the system of injustice in England. The reason that they took the course that they did with this madman is because they said that they wanted to rehabilitate him. (Exodus 21:12) You cannot make this up friends.

On the other hand, in 1982, the town of Kennesaw, Georgia passed a law requiring all able adults, except convicts, to have a gun.  They have only had one murder (From an out of state criminal with a gun) and have had no increase in crime or violence in 12 years! (Final Warning, Grant Jeffrey p. 205, 1995)

In the video below, they also interviewed local prisoners (3:12) as to why they never set Kennesaw, Georgia in their sights when committing crimes. They said, “Stay away from Kennesaw because they are an armed people.”

According to www.americagunfacts.com, 3/5 of Felons say they won’t mess with an armed victim. 200,000 times a year women use a gun to defend against sexual abuse and guns are used save thousands of lives every year.  No wonder why the disarmed United Kingdom case study found them to be the most violent country in the EU.

The bottom line is,

“If a violent crime is to be curbed, it is only the intended victim who can do it.  The felon does not fear the police, and he fears neither judge nor jury.  Therefore what he must be taught to fear is his victim.”  -Lt. Col Jeff Cooper

In ending, when you look at the Scripture found in 1 Samuel 13:22, you will notice that the children of Israel after many were killed, due to their disobedience to Gods moral law (1 Samuel 3:13), were enslaved and oppressed before the Philistines, and how did they do that?  They were disarmed.  See how this works?