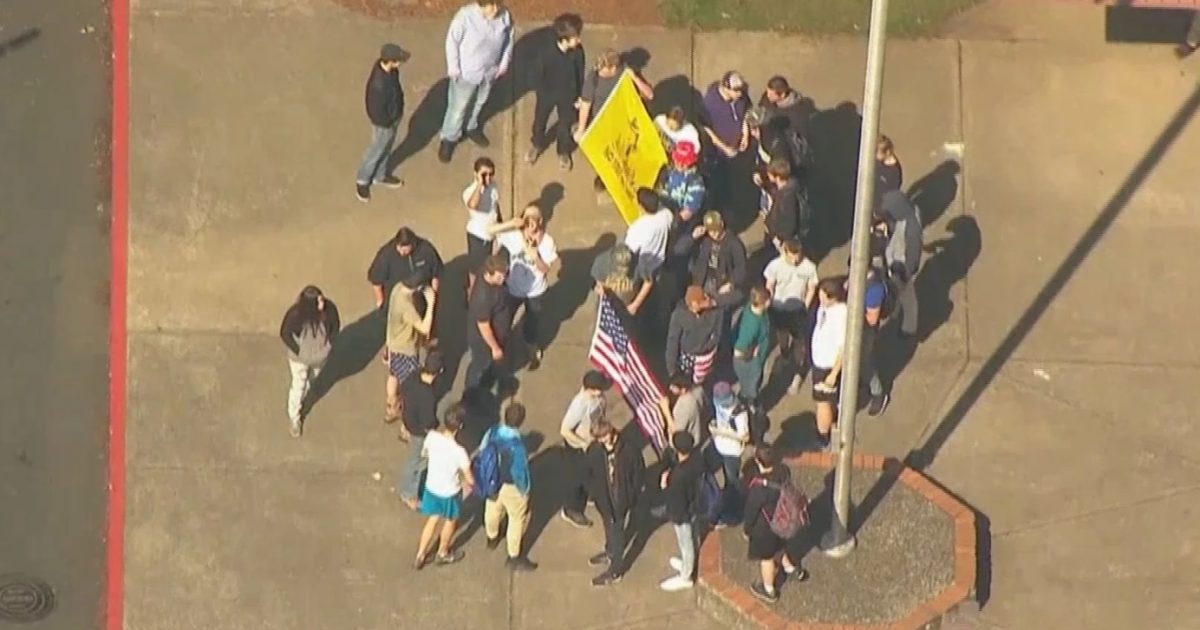 Students from around the country walked out of class on Wednesday, but they weren’t protesting the Second Amendment to the US Constitution.  These kids were actually supporting it!

Eighteen-year-old high school student Will Riley organized the event back in April and this week, students from some 300 schools across the nation engaged in a true student-led movement, not one that was bought and paid for like the March For Our Lives event.

The event was called “Stand for the Second.”

Some students who support gun rights walked out of school on Wednesday in a coordinated event to “Stand for the Second.”

Lane Cooper, 16, is an 11th-grade student in the Schoharie Central School District in New York, and he was one of those who walked out of class.

He was part of a group of 22 students at his school Wednesday morning who recited the Pledge of Allegiance, held pro-Second Amendment signs, and talked about how the Second Amendment was about defending against tyrannical government or any other threats.

“I do think there are way too many gun control laws, especially in New York where I am,” he said.

Meanwhile, in Ohio, some 150 students from a local middle school also showed their support for the Second Amendment.

CALEDONIA – Groups of students from River Valley Middle School briefly walked out on Wednesday to show their support for the Second Amendment.

Around 150 students, according to a head count by school administrators, poured out of the school’s main entrance during the late morning and early afternoon, with each grade holding  its own walkout.

Some students wore stickers reading “stand for the 2nd,” while others held out two fingers. They were greeted by Principal Don Gliebe as they made their way to the school parking lot.

“There are two sides to every issue and this is a great example for you guys to figure out where you stand,” he told the crowd.

The demonstrations were organized by Isaac Saad, Zach Cunningham and Jacob Sayers, who are part of River Valley’s eighth-grade class.

Dennis Fiorentinos, a student at California High School in San Ramon, California, organized a walkout with dozens of students supporting the effort.

“I believe that we have to show that kids of our generation aren’t all represented by those who have been in the media in the past for this issue,” said Fiorentinos. “I wanted to show that there are teenagers and kids out there that support the Second Amendment by saying that banning guns is not the answer.”

KOBI5 reported on students in Oregon and Chicago engaging in their own walkouts.

In Portland Oregon, students gathered outside one of seven Portland-area schools that participated in the walkout. The demonstration was called “Stand for the Second.”

A high school senior in New Mexico initially started the demonstrations and they have grown to include students across America.

Students said they want to show that not all students are in favor of restricting access to firearms.

Walkouts at other Chicago-area schools took place later in the afternoon.

Surprising to some, one very outspoken supporter of the Second Amendment, Kyle Kashuv, who is a student at Marjory Stoneman Douglas High School in Parkland, Florida tweeted that he would not be participating in the walkout.

I will not be walking out today. I don't believe it is the correct thing to do. Disrupting 1000s of classrooms around the country isn't the answer. There's a time and place for civil disobedience, I just don't believe that time is now.

I respect Kashuv’s decision not to participate, but I also wonder whether or not the recent interrogation he received by a school resource officer and Broward County deputy and a teacher referring to him as “the Hitler type” may have had any influence upon that decision.

One thing we can see from this is that the mainstream media hardly covered this at all, and many of them attempted to downplay these students, but when it came to Soros-funded David Hogg and his useful idiots, they were giving them special interviews without any opposition and full coverage of their protests.

Still, it’s good to know that there are still some young people growing up in America that recognize the importance of the Second Amendment and are not intimidated enough to stand down when they should stand up.