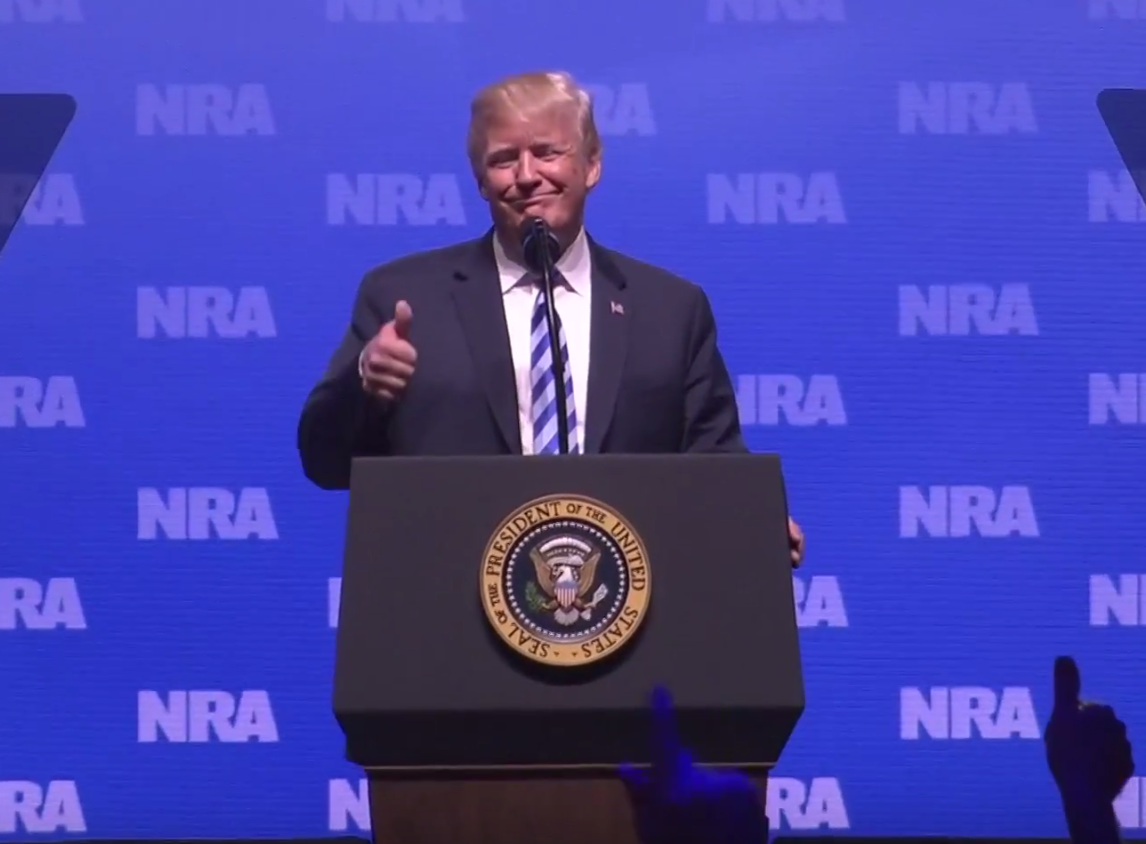 There were any number of pearls in President Trump’s speech Friday to the NRA.

“Your Second Amendment rights are under siege, but they will never ever be under siege as long as I am your president.”

Trump in Dallas:’You know what causes nuclear war? Weakness’
US President Donald Trump addressed the NRA convention with the question ‘Who signs a deal when they’re shouting: Death to America?’
By Hagay Hacohen, May 4, 2018:

Speaking at the NRA convention in Dallas Texas Friday night US President Donald Trump argued against the Iran deal made by the previous administration by arguing that the deal should not have been made as long as Iranians are shouting “Death to America.”

Trump also argued that John Kerry is “not the best negotiator we’ve ever seen.”

While discussing gun laws Trump made the comparison between banning guns and banning cars because terrorists use them to attack civilians.

He lauded the Texan Revolution (1835 – 1836) and the values conveyed by the Texan motto “Come take it” and promised the audience in attendance their rights to bear arms will never be altered. The crowd responded by cheering and shouting USA! USA! For several minutes.

Addressing the issue of school shooting Trump expressed the view that “nothing attracts terrorists more than a sign that says this school is a gun free zone” and repeated a claim he made previously that only men and women armed with guns could protect civilians from terrorists and criminals.