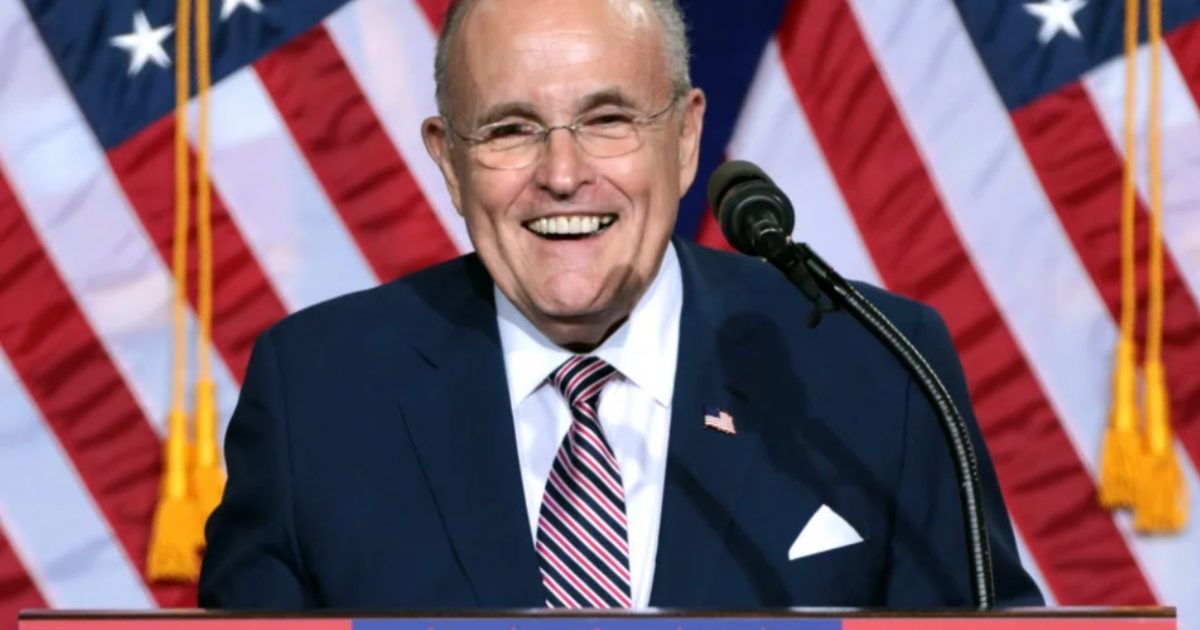 New developments this week seem to indicate, for the first time, that Trump and his supporters may be able to use this whole sorry saga to tarnish Mueller and his team?

A distinct shift in public opinion of the Mueller probe over the past week has occurred. For over a year, the public, especially conservatives, have been resigned to the fact that we have to see it through until the all-powerful Robert Mueller has completed his investigation. But, several new voices, all pointing out the folly of the probe, have given us a reality check.

Former New York Mayor Rudy Giuliani started it and Manafort Judge T. S. Ellis and Congressman Todd Rokita picked it up and ran with it.

Giuliani, in his trademark bold fashion, made his debut as Trump’s newest attorney. Unafraid to call Comey a liar, the investigation a hoax and Hillary Clinton a criminal, he shook up the stagnant, never-ending Mueller investigation.

His admission that President Trump reimbursed personal attorney Michael Cohen for the Stormy Daniels payment caused the mainstream media to react like sharks in a feeding frenzy.

The fallout from the announcement put a smarmy smile on the face of every journalist in the mainstream media, who referred to it as a “stunning development,” a “starting admission,” or a “bombshell announcement.”

Giuliani is a brilliant man. He is not an amateur. Clearly, this was an intentional remark and it is part of a larger strategy, which will soon be revealed.

One reason he may have said this was to show there were no campaign violations involved in the transaction. Whatever his reason was, he managed to stir things up. He was a breath of fresh air.

Congressman Todd Rokita (R-IN) has introduced a resolution for Robert Mueller to end his witch-hunt in the next month unless he can show evidence that Trump colluded with the Russians. Neither James “Mueller Lite” Comey’s yearlong investigation nor Mueller’s special counsel probe has turned up any evidence of wrongdoing.

“The resolution demands Mueller report the status of the investigation to members of the lower chamber and provide a timeline on when he expects the investigation to conclude.” This request is entirely reasonable. Mueller has been accountable to no one. We all know that Deputy Attorney General Rod Rosenstein isn’t holding him to account. Mueller has assumed far more power than his position warrants and it’s become clear to most Americans that he’s now overplayed his hand.

“No one in government should be without accountability, and for many Americans, this investigation looks more like an attempt by the Washington elite to destroy President Trump with innuendo, leaks, and baseless allegations than to provide justice,” said Rokita.

He estimates that the investigation has cost taxpayers $17M so far.

More importantly, it has been an enormous distraction for the President.

In an unusual development, the federal judge presiding over the Paul Manafort trial, Judge T. S. Ellis, a Reagan appointee, has aimed some withering criticism at members of Mueller’s team:

“You don’t really care about Mr. Manafort’s bank fraud,” Ellis said to prosecutor Michael Dreeben, at times losing his temper. Ellis said prosecutors were interested in Manafort because of his potential to provide material that would lead to Trump’s “prosecution or impeachment.”

“We don’t want anyone in this country with unfettered power. It’s unlikely you’re going to persuade me the special prosecutor has power to do anything he or she wants,” Ellis told Dreeben. “The American people feel pretty strongly that no one has unfettered power.”

NBC, Gleeful Over What Their ‘Explosive Scoop’ Had To Offer Embarrassing Retraction

NBC, always looking for a way to hurt Trump, jumped the gun and reported that Michael Cohen’s telephone lines had been wiretapped prior to the raid on his office, home and hotel room, and that a phone call between he and the White House was recorded. After the press ran away with this delightful news, NBC was forced to retract the story. It turns out that investigators had only a phone log, rather than recordings of conversations. NBC’s statement follows:

But three senior U.S. officials now dispute that, saying that the monitoring of Cohen’s phones was limited to a log of calls, known as a pen register, not a wiretap where investigators can actually listen to calls.

NBC News has changed the headline and revised parts of the original article.

Here’s a sample of the headlines from the mainstream media that followed news of the leak of Mueller’s questions for Trump.

Trump’s Not an Idiot, He’s Something Worse, Paul Begala, CNN

Mueller’s Questions Point to What Trouble Trump Is In, Renato Mariotti, NY Times

Under Oath or Not, Trump Owes the Country Answers, Washington Post

Quite a leap, are they not?

These headlines are the product of a mainstream media that has clearly lost its perspective. These writers have repeated these same lies so often and for so long, they’re convinced they are the truth.

In their minds, these leaked questions have become evidence of Trump’s guilt. The press has latched onto them, as a drowning man would cling to a life ring.

The whole situation has become a real-life example of mass hysteria.

(Also known as collective hysteria, group hysteria, or collective obsessional behavior) is a phenomenon that transmits collective illusions of threats, whether real or imaginary, through a population in society as a result of rumors and fear (memory acknowledgment).

This hatred and fear of Trump have taken on a life of its own, but it is merely a psychological phenomenon initiated and perpetuated by the left.

(Note: If you did not watch clip above– at 4:50 – please watch because it’s a perfect illustration of collective hysteria.)

As with all psychological phenomena, it can be countered with the proper treatment or antidote. Rational voices need to continually publicize Mueller’s real agenda and the fact that two years of investigations by the FBI and the special counsel, as well as two Congressional investigations, have produced zero evidence. This message must be repeated over and over again until the patients recover.