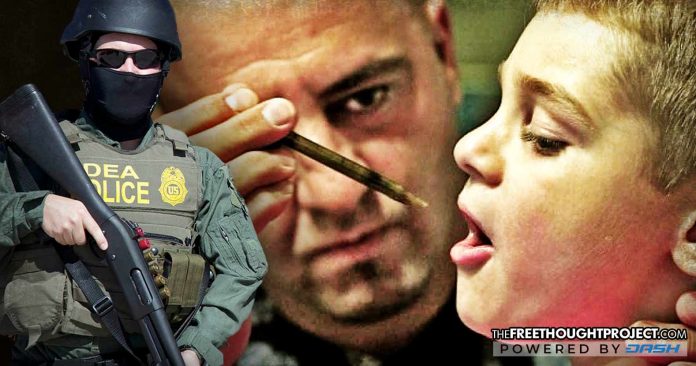 Washington, D.C. – The United States hemp industry was dealt a major blow on Monday after the federal U.S.  9th Circuit Court of Appeals upheld a decision by the Drug Enforcement Agency to list cannabidiol, commonly referred to as CBD, which is a non-psychoactive cannabis derivative, as a Schedule 1 controlled substance under the Controlled Substances Act.

The hemp industry brought a lawsuit against the government in 2016, when the DEA issued a “clarifying rule” that claimed CBD was an illicit drug, due to it being a byproduct of cannabis flowers. A report in the Denver Post explained:

Represented by Denver-based cannabis law firm Hoban Law Group, the Hemp Industries Association and other hemp businesses challenged the DEA’s rule and alleged the agency overstepped its bounds by essentially scheduling substances — notably cannabinoids — that were not classified as illicit in the Controlled Substances Act. Additionally, they argued, the hemp-derived extracts rich in CBD, or cannabinol, are protected under state laws and Farm Bill provisions.

The rule could be misinterpreted by other federal and local agencies, lead to unlawful product seizures and chill a booming multibillion-dollar hemp products industry, Hoban attorneys had said.

The DEA countered by claiming that they had simply provided clarification to existing law, stating that their move “makes no substantive change to the government’s control of any substance.”

Rather than acknowledge the distinct difference between industrial hemp, which contains virtually no psychoactive properties, and THC-laden marijuana that produce strong psychoactive effects, the DEA argued that CBD is made from the flowering parts of the cannabis plant, and cannabinoids “are found in the parts of the cannabis plant that fall within the … definition of marijuana, such as the flowering tops, resin, and leaves.”

The 9th Circuit Court of Appeals agreed that the DEA had the authority to clarify CBD as a “marijuana extract,” but CBD producers vowed to appeal the decision.

“We will be appealing, and we will be funding that appeal,” said Michael Brubeck, CEO of Centuria Natural Foods and a plaintiff in the case. Centuria was joined in its challenge by the Hemp Industries Association.

In the decision, the three-judge panel said the plaintiffs had failed to take the opportunity to comment during the DEA’s rule-making process, thus nullifying the majority of their challenge to the classification.

Additionally, the court said the rule was not in violation of the Agricultural Act of 2014 (Farm Bill), which contained industrial hemp provisions that defined hemp as cannabis sativa L. plants with less than 0.3 percent concentration of psychoactive THC.

“The Agricultural Act contemplates potential conflict between the Controlled Substances Act and pre-empts it,” the judges wrote.

Attorney Bob Hoban, in a statement on Wednesday, said his clients are weighing whether to request a rehearing due to concerns about the safety and security of those who make and sell hemp extracts, including CBD.

“Though we appreciate the court’s finding in favor of the legitimacy of the Farm Bill’s hemp amendment, we are still disappointed with the court’s findings that the final rule does not interfere with lawful, hemp-related business activities, as even 29 members of Congress confirmed in their Amicus Brief to the Court,” Hoban wrote. “Given the pervasive confusion and irreconcilable conflicts of the law that have led to product seizures, arrests and criminal charges against those involved in the lawful hemp industry, the petitioners believe that the final rule must be invalidated, absent the court clarifying and further resolving these conflicts and their severe consequences.”

There is a clear movement afoot to take a natural product like CBD oil and turn it into an FDA approved drug—something that clearly has the potential to limit the access people have to a natural medicine. Motherboard reported last year on the drug industry lobbying for legislation that would outlaw CBD oil by classifying it as a drug.

The report also noted that “corporate lobbyists in more than 20 states are currently pushing to make sure the pharmaceutical industry has the only legal supply of CBD.” Thus, it appears the Big Pharma takeover of CBD is well underway.

Last month Senate Majority Leader Mitch McConnell announced legislation that would legalize hemp as an agricultural product. The Hemp Farming Act of 2018 would also remove the product from the federal government’s schedule of controlled substances while authorizing it to be sold as an agricultural commodity. The bill is co-sponsored by Sens. Ron Wyden and Rand Paul.

Forward-thinking lawmakers in cannabis-friendly Colorado have already passed a bill to regulate hemp products, including CBD, like food products. The bill currently awaits the signature of Gov. John Hickenlooper.