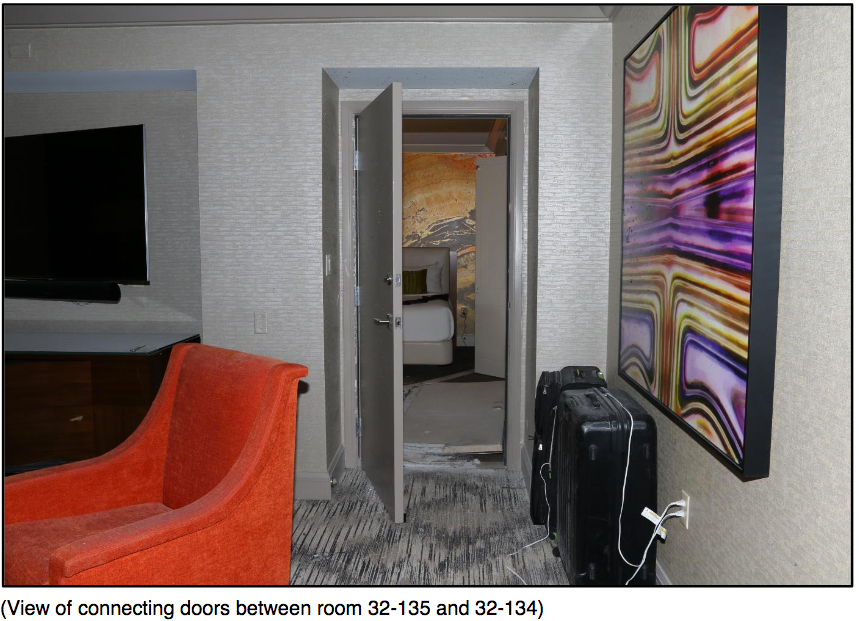 LAS VEGAS (INTELLIHUB) — Las Vegas Metropolitan Police Officer Joshua Bitsko’s body camera captured a rather unusual conversation about what police found inside of a suitcase which had wires hanging out of it after officers made entry into Stephen Paddock’s 32nd-floor Mandalay Bay hotel room suite on the night of the 1 October massacre in which 58 people lost their lives.

After a thorough search of the room officer Bitsko suggests that someone from the bomb squad look inside a suitcase in which wires were visibly hanging out just to be safe but found that the bag had already been opened by a fellow officer.

“We need to get armor [up here] for those bags over there,” Bitsko said right as he noticed the bag with wires running into it had already opened.

“Oh, you opened them,” he asked. “What’s inside with the wires going in it?”

Fellow officer: “Um huh — and the other one is just a power cord.”

The officer’s comments beg the question: Was Stephen Paddock’s girlfriend Marilou Danley around and in Vegas at the time of the shooting or did paddock have another lover (i.e. hooker)?