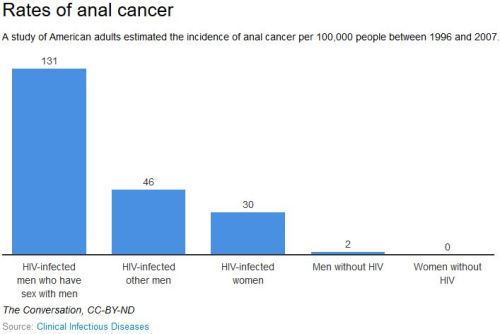 There are consequences to behaviors.

(1) Being HIV-positive, the virus that leads to AIDS:

But the American Cancer Society does identify certain sexual activities as risk-factors: