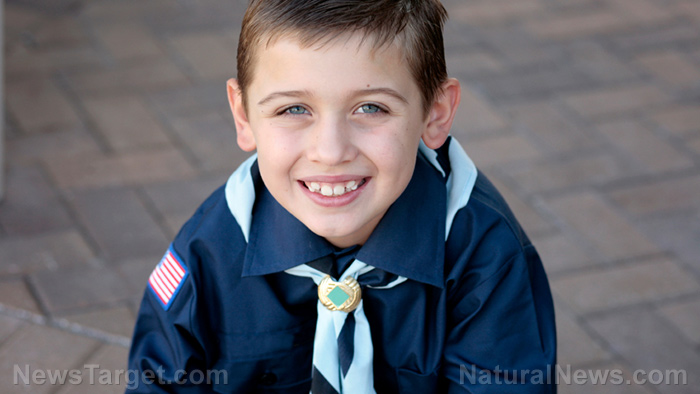 (Natural News) For more than 100 years, the Boy Scouts of America (BSA) organization has been helping to enrich the lives of young men by teaching them useful life skills in the context of all-male fraternization. But all of that is soon to change, as the Boy Scouts are officially changing their name, as well as their all-male tradition, seemingly in an attempt to appear more “progressive.”

After a series of lengthy and “incredibly fun” deliberations, to quote Chief Scout Executive Mike Surbaugh, the Boy Scouts of America has decided that it will soon just be called “Scouts BSA” – with no more mention of males as the group’s primary focus. Starting next February, Scouts BSA will fully embrace its new gender-nonspecific existence by accepting female scouts along with male scouts, completely undermining its historical roots as an organization devoted specifically to the growth of young men.

“We wanted to land on something that evokes the past but also conveys the inclusive nature of the program going forward,” Surbaugh stated about the change in the most politically correct language he could muster. “We’re trying to find the right way to say we’re here for both young men and young women.”

It remains unclear precisely why the former Boy Scouts of America organization felt the need to start accepting females, seeing as how there’s already a Girl Scouts of America that, as most people know, have been actively selling cookies and enriching the lives of young women for many decades. In fact, the Girl Scouts organization is perplexed as to why the Boy Scouts are seemingly trying to make them obsolete.

“Girl Scout leaders said they were blindsided by the move, and they are gearing up an aggressive campaign to recruit and retain girls as members,” explains the New York Post, adding that the Girl Scouts have since made it publicly known that they remain “the premier leadership development organization for girls.”

Also commenting on the decision was Michael Williams, a Republican candidate for governor of Georgia. Williams told The Hill that removing the word “Boy” from the Boy Scouts of America name represents the “latest example of culture rot.”

“For many decades, the Boy Scouts helped turn boys into men,” Williams said in a statement. “Unfortunately, they have taken a big step toward the eventual destruction of the very elements that made them such an influential organization.”

If this isn’t bad enough, the Boy Scouts of America made another shocking move back in January when it announced that it would begin accepting transgender applicants. Boys pretending to be girls, and girls pretending to be boys, will now be able to join the Boy Scouts simply by checking a box on their applications indicating their preferred genders.

All of this is part of a concerted attack on one of the last remaining all-male institutions that was originally intended to teach young men how to become adult men, embracing their masculinity along the way. Masculinity seems to be enemy number one in the leftist paradise known as the United States of 2018, and thus has to be eliminated at all costs.

“They caved to left-wing social engineers who want to remove the concept of male masculinity from society,” further reads the statement issued by Williams, who served as former co-chairman of Georgia’s Donald Trump for President campaign.

“Imagine the outcome of World War II if the Greatest Generation had been raised by these politically-correct bedwetters. You’d be reading this in German … Our great nation desperately needs more John Waynes and fewer pajama boys.”