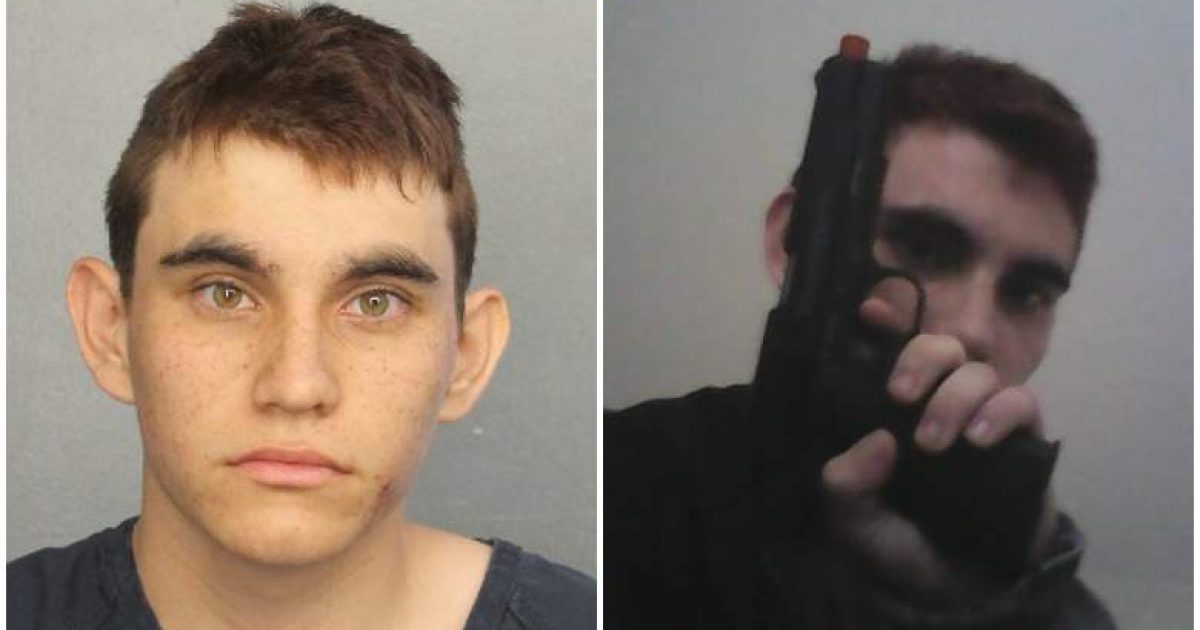 If you’re looking for a reason for why the shooting in February at a Parkland, Florida high schoolwas allowed to occur, it wasn’t just that Nikolas Cruz was carrying guns, and not just that those entrusted to enforce the law failed to do so, but the school assigned him to Barack Hussein Obama Soetoro Sobarkah‘s deferred disciplinary program.

Broward County schools confirmed Sunday night that Cruz had been assigned to a deferred disciplinary program supported by Obama.

Two sources with knowledge of Cruz’s discipline records told WLRN he was referred to the so-called PROMISE Program for a three-day stint after committing vandalism at Westglades Middle School in 2013.

When asked for a response, a spokeswoman for Superintendent Robert Runcie stated on Friday that district administrators were aggressively analyzing Cruz’s records. Then Tracy Clark said on Sunday afternoon the district had “confirmed” Cruz’s referral to PROMISE after he vandalized a bathroom at the middle school on Nov. 25, 2013.

However, like pretty much everything that came out of the Obama administration, there was apparently no follow up to see whether Cruz actually completed the program.

Clark said he appeared at Pine Ridge Education Center in Fort Lauderdale — an alternative school facility where PROMISE is housed — for an intake interview the day after the vandalism incident.

But, she said, “It does not appear that Cruz completed the recommended three-day assignment/placement.” She said she did not want to “speculate” as to why.

“The school board reports that there was no PROMISE program participation,” BSO representative Jack Dale said during a recent meeting of a new state commission tasked with investigating the shooting.

However, Runcie wants to protect his backside and those of his conspirators in the coverup of their negligence, as pointed out by Dr. Susan Berry.

Both Runcie and the Broward Sheriff’s Office (BSO) said publicly that Cruz did not attend the controversial program that likely inspired the Obama administration’s plan to shrink the “school to prison pipeline.”

The Obama administration threatened school districts with the possibility of federal investigation and loss of funding if their statistics showed disproportionately more minority students arrested and suspended.

When the controversy erupted over the fact that, despite an alleged extensive history of violence, assaults, and threats, Cruz evaded arrest and was able to obtain a firearm, Runcie actually denied his PROMISE program was at all instrumental in Cruz’s shooting.

“Contrary to media reports, the district has no record of Nikolas Cruz committing a PROMISE eligible infraction or being assigned to PROMISE while in high school,” he wrote in March.

“Runcie’s careful formulation contains a falsehood, several omissions, and obfuscations,” he said at the time. “It doesn’t cover middle school, where Cruz racked up about two dozen offenses and was transferred into an intensive behavior management school – without ever getting an arrest record.”

Will someone please point this out to useful idiots like David Hogg and Emma Gonzalez, who scream and cry and whine about guns in America while neglecting the fact that at least one of their fellow students who was shot did point out and that is that both law enforcement at the local, state and federal level, along with the school district failed to deal with a problem child who ultimately murdered 17 people.

Berry went on to add:

The PROMISE program allows students who commit any of 13 misdemeanors at school to avoid arrest and, instead, receive “restorative justice” counseling such as “talking circles” and other forms of therapy. The PROMISE collaborative agreement specifically mentions that “students of color, students with disabilities and LGBTQ students are disproportionately impacted by school-based arrests for the same behavior as their peers.”

The PROMISE program, and others like it that many cities throughout the United States adopted following the coercive “guidance” from the Obama administration, is now under close scrutiny by the Trump administration in the wake of the death of 17 people and the injuries of 17 others at the Parkland high school during the February 14 shooting.

For his part, Runcie said he remains committed to the PROMISE program.

I have to ask exactly what the PROMISE program is promising, more school shootings?  More criminal activity from students that will go without justice and put innocent students and teachers in danger?  It certainly looks like it, and here is a superintendent on record saying that he continues to support it.

Parents of Broward County, why do you still send your kids to these indoctrination centers where they are in danger from not only not being educated, but possibly losing their lives?  Try teaching them yourself at home, and you can start for free.