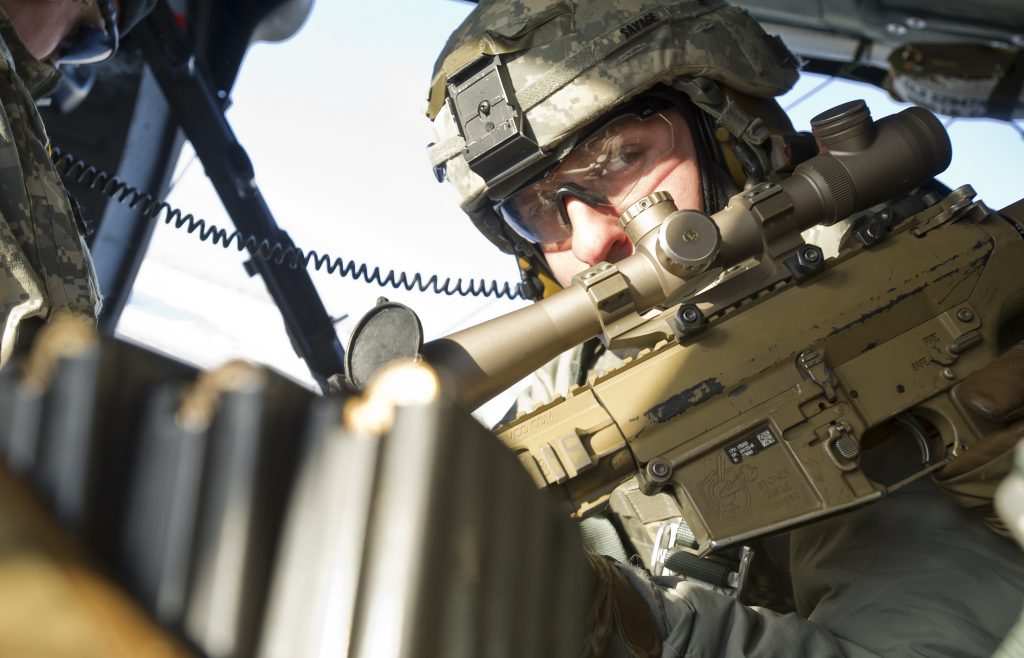 LAS VEGAS (INTELLIHUB) — An elite FBI hostage rescue team and the Las Vegas Metropolitan Police Department trained back in 2011 for a high-rise active shooter scenario much like the 1 October massacre in which a highly-trained FBI sniper made the proverbial kill shot by striking a rubber dummy that was placed inside a broken hotel window from a tactical helicopter that was hovering over the strip, according to a new report published by the Baltimore Sun.

The rather unusual aerial training exercise was conducted in the Sahara Hotel after it closed before the property became the SLS Resort and almost mimicked the 2017 Route 91 Harvest Music Festival attack in which lone gunman Stephen Paddock allegedly fired into a crowd of country music concertgoers killing 58, and wounding over 500 others.

During the training exercise, a mannequin was placed inside one of the high-rise tower rooms near a window, to simulate an attacker.  An FBI HRT sniper inside an FBI helicopter hovering over the Las Vegas Strip successfully made the shot and hit the mannequin.

According to the law enforcement sources who spoke to the Baltimore Post-Examiner, then Clark County Sheriff Doug Gillespie was unaware that the maneuver was going to be part of the exercise and was livid when he found out what happened. Another ranking member of the LVMPD at the time, according to one source, stated that they would no longer train for such scenarios and if an incident similar to the training exercise should happen in the future they would accept liability for the outcome.

On the night of the 1 October massacre, a helicopter sniper was deployed around 11:50 p.m. but the pilot apparently failed to engage the 32nd-floor target out of fear.

“The BPE was told that the LVMPD sniper inside the police helicopter had a rifle with optics capable of looking in the room and asked the pilot to get as close as possible to the broken-out window in Paddock’s 32ndfloor suite however the pilot refused because he was unsure if anyone in the room would start firing again and endanger the aircraft.,” Poppa reports.

Although the training exercise was real, it is believed by Intellihub that the information was leaked to the Baltimore Sun in an effort to cover up the actual air assault via helicopter that took place on the night of the massacre if the information reported by Shepard Ambellas were to ever emerge in the mainstream press.

A semi-retired accountant named Dennis Karlovassi pointed out in a recent Tweet: “The Body in 32-135 is FAKE, it’s a dummy with a 1/2 head corpse/mannequin. This is from LVMPD body cams.”

Please stay tuned to, and bookmark Intellihub.com for more information.

You can read over 200 original reports on the Las Vegas shooting here.