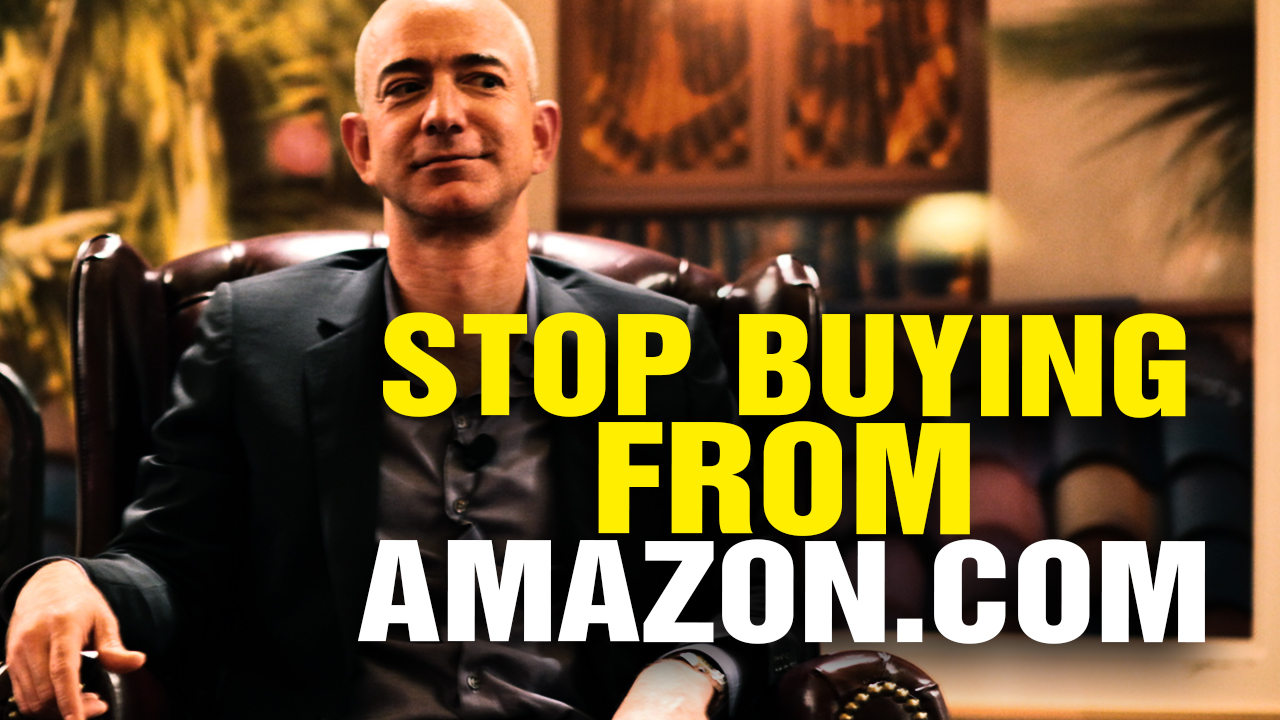 (Natural News) I don’t expect the billionaire founder of Amazon to be in on every single marketing and product decision made by his massive company, but I do have to question Jeff Bezos’ judgment when it comes to hiring the decision-makers.

How else can you explain why Amazon would ban a prominent Christian legal organization while allowing brazen, openly anti-Semitic groups to remain part of the Amazon product inventory?

As reported by The Daily Caller, the gargantuan online retailer has barred Alliance Defending Freedom (ADF) from participation in the Amazon Smile charity program, permitting non-profits to recoup a small portion of money supporters spend when they buy products through the company.

ADF, a Christian-based group, specializes in First Amendment law. The organization has won numerous cases at various federal court levels all the way to the Supreme Court. But for some reason, the organization is barred from the program despite the fact that the Left-wing Southern Poverty Law Center is allowed to participate, though it has labeled ADF a “hate group.”

Why the company relies on an organization with a well-established, demonstrable, documented hatred of conservative, Christian groups is known only to the decision-makers — who were hired by Bezos or Bezos ‘people.’ (Related: EXPOSED: The SPLC is a hate group pretending to be an anti-hate group.)

On May 3, ADF chief executive Michael Farris sent a letter to Amazon noting that he was “surprised and disappointed” by the decision to cut his organization off from the charitable program. He went onto critique the online retail giant for empowering the SPLC, a “discredited partisan organization.”

The SPLC, as stated earlier, has a long, well-documented history of irresponsibly labeling Christian and conservative organizations as “hate groups.” In fact, The Daily Caller noted, “SPLC deleted four articles in March and April alone, after the articles were challenged as inaccurate, and the SPLC threatened with lawsuits.”

The Amazon spokesperson noted further that “in order for us to remove ourselves from the decision-maker and send away, because we don’t want to be biased whatsoever, so we’re using the SPLC to establish the criteria for those organizations.”

But a decision-maker at Amazon had to make the decision to find a supposedly “unbiased” decision-maker to decide who gets to participate in the Amazon Smile program, so that explanation is a cop-out.

The fact is, whomever up the line chose the SPLC very likely knew exactly what kind of organization they were getting. And if they didn’t know, there are plenty of good search engines online including this one where they could have done some research.

But it gets worse. As The Daily Caller notes, unlike the ADF there are hardline Islamic organizations — real hate groups — that are allowed to take part in the program including the Islamic Center of Jersey City, whose imam called Jews “apes and pigs,” as documented by the Anti-Defamation League. He also requested Allah’s help in killing them“down to the very last one.”

There are many other examples, but you get the drift. The SPLC is a radical Left-wing political operation, nothing more and nothing less, and it’s being utilized by Amazon to further victimize conservative, Christian organizations.

They say that a company’s overarching philosophy, which is driven by social, cultural, political, and geographic factors, is displayed in the way it operates, as demonstrated, primarily, by the performance of its executive staff.

We can see with this example what kind of company Bezos has built, one that thrives on discrimination.

Read more about this kind of Jeff Bezos bias at JeffBezosWatch.com.