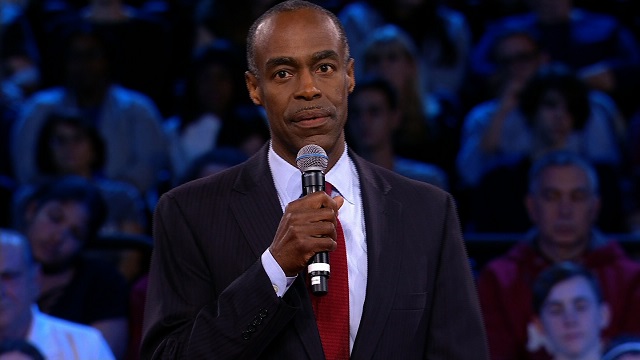 Runcie and other Broward officials repeatedly insisted Cruz was part of no such program and claimed reports saying otherwise were “fake news.”

The Broward School District repeatedly lied to parents, students, and to us when NRATV questioned them whether the Parkland murderer was in the Promise Program. He was. The school and Sheriff Israel — who championed this program — are liable. https://t.co/8jMlK2BMJ3

I was repeatedly told that the Parkland shooter was never in the Promise Program I was asking questions about. Now it turns out that in fact he was. https://t.co/q1JTbDXoU3

Runcie, who championed the program in the past, defended it again on Tuesday, Local 10 reports:

“The better we take care of our youth, the better will be our community and society,” Runcie said.

Runcie spoke Tuesday about the necessary changes he said need to be made to PROMISE, a behavioral program in the district

“I think we need to do school board workshops; discipline practices,”Runcie said.

[…]“All discipline incidents must be reported, and appropriate interventions and support must be provided to the victims and offenders,” Runcie said.

According to the Miami New Times, Runcie blamed “messy records” for his “misinformation” on the PROMISE program.

The “students,” many of whom are 18-year-old adults, need to be arrested for the crimes they commit.

Cruz was able to buy a gun because he didn’t have a huge criminal record as he should have. Even though it’s not clear if he was even Hispanic (he claimed his mother was Jewish and his father’s background is unknown), the system likely assumed he was because of his last name and let him off easy to avoid the “school to prison pipeline.”

This leftist egalitarian nonsense is what got these kids killed. Taking three so-called “PROMISE” classes (which he didn’t even attend) is not going to turn a criminal into a saint. If it could, we wouldn’t have the massive problem of recidivism we do now. It’s truly remarkable how Broward County officials failed on all fronts to stop this shooting and yet they were rewarded with police getting expanded powers and law-abiding gun owners and the NRA getting blamed.