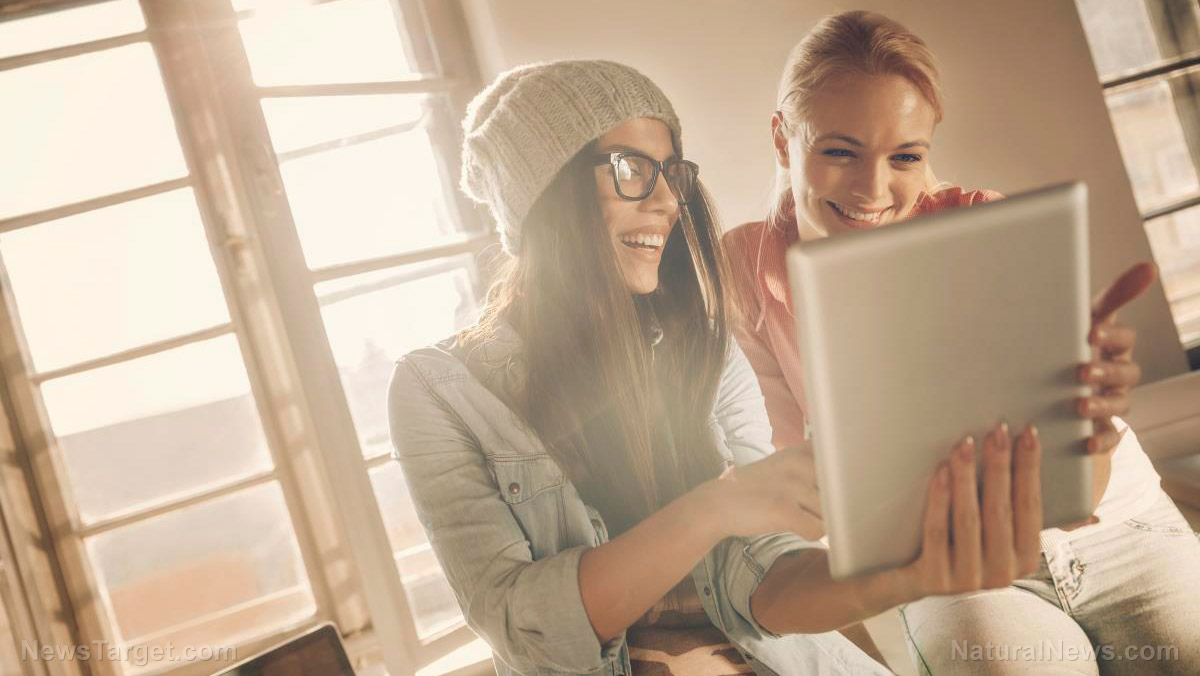 (Natural News) Most parents insist that their children wear sunglasses for a day at the beach, but they give little thought to allowing kids to damage their eyes using electronic devices. In fact, some experts say that using cell phones, TVs and tablets isn’t much different from looking at the sun when it comes to the damage it can cause your eyes.

The blue light that is emitted from the screens of these devices happens to be precisely in the range where it can cause the most damage: around 430 to 440 nanometers. It may have a short wavelength, but its high energy means it penetrates right through the lens of the eye and the cornea to reach the retina in the back of the eye. This can cause macular degeneration and eventually blindness. Doctors warn that Millennials, who tend to spend lots of hours looking at screens all day, risk starting to go blind once they approach 50.

Many people experience frequent headaches as a result of digital eye strain, and it’s not unusual for their vision to become blurry. According to ophthalmologist Dr. Alan Mendelsohn, looking at a screen for more than half an hour a day is risky.

Dr. Mendelsohn told 16-WNDU about a simple way to lower your risk: distance yourself from the screen. He says there’s just one quarter of the exposure when you hold the device two feet away from you compared to one foot away. However, he says that children need to look at screens from a minimum of three feet away to avoid endangering their vision.

The American Optometric Association reports that 80 percent of kids experience tired, itchy or burning eyes after using electronic devices for a long period. That’s because people blink less often when they stare at electronic screens; blinking lubricates the eyes and reduces eyestrain.

How can you protect your eyes from damaging light?

Experts recommend that people make use of apps that filter out the blue light. In fact, some devices have this feature built in, and users only need to activate it to make the most of it. The Night Shift feature on Apple devices, for example, allows you to have blue light filtered automatically at night, when it is more harmful and can interfere with sleep, or you can leave it on all day or tell it to turn on at sunset, for example.

Another good option is wearing glasses that can filter out the bad parts of blue light while letting the good ones come in. They’re highly affordable, and it’s not hard to find a comfortable pair for those extended periods in front of a screen.

People’s eyesight is also suffering from not spending enough time outdoors, and children are being hit especially hard. Indeed, a study by Ulster University found that the rate of being short-sighted among young people has doubled during the past 50 years, with nearly a quarter of British pre-teens suffering from myopia. In East Asian countries, that figure is 90 percent. A Chinese study revealed that just an extra 40 minutes outside per day is enough to reduce short-sightedness.

With the average kid aged 8 to 11 spending 4.5 hours per day in front of a screen – 6.5 hours for teens – it looks like this generation is on the road to some serious vision woes. When this age group reaches 50, there could be an unprecedented amount of blindness if precautions aren’t taken now – and it’s up to parents to protect their children’s vision.