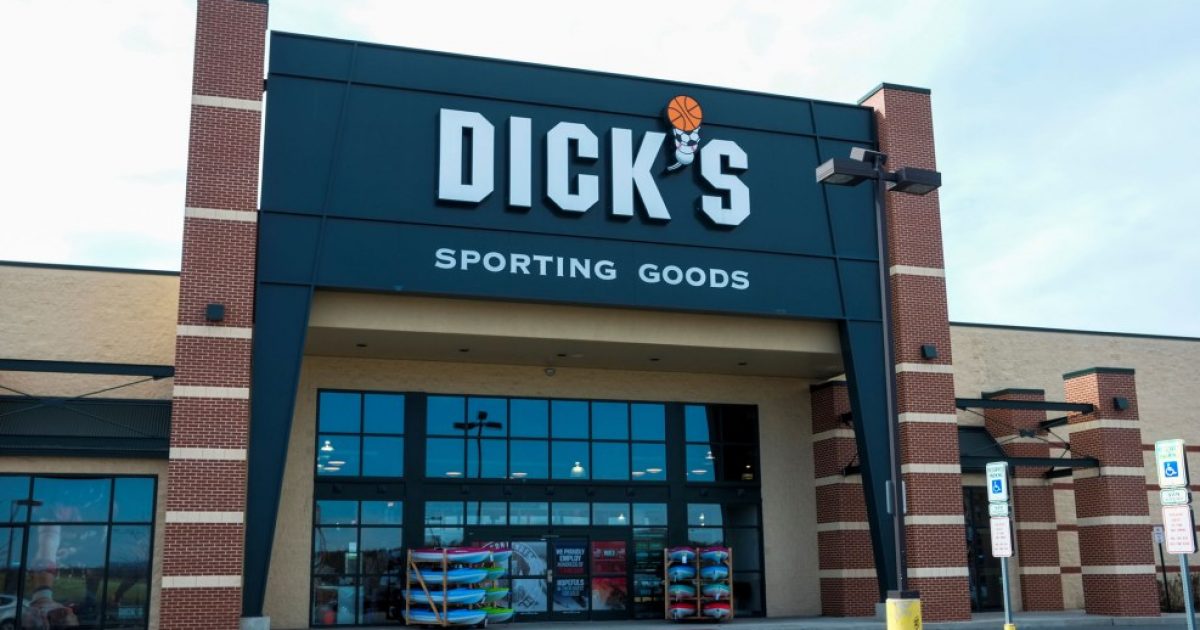 What goes around comes around.  That’s the old adage.  For Dick’s Sporting Goods, their politically correct stance of removing a large portion of their firearms for sale in their stores and destroying those guns, as well as not sell firearms to adults of legal age have not only resulted in a backlash against the company, but now firearms manufacturers are cutting their ties to the overpriced retail store.

MKS Supply, which makes Hi-Point firearms, decided it would pull out of offering its products to Dick’s.

“We believe that refusing to sell long guns to adults under age 21, while many young adults in our military are not similarly restricted, is wrong. We believe that villainizing modern sporting rifles in response to pressure from uninformed, anti-gun voices is wrong,” MKS Supply president Charles Brown wrote a statement. “We believe that hiring lobbyists to oppose American citizens’ freedoms secured by the Second Amendment is wrong. Dick’s Sporting Goods and Field & Stream, in purportedly doing all of these things, have demonstrated that they do not share our values. [We’re] standing by the American people by refusing any further sales to Dick’s Sporting Goods & Field & Stream.”

However, MKS is not the only manufacturer to sever ties with Dick’s over their anti-American policies.

A week prior to the announcement by MKS, Springfield Armory issued a statement via Facebook.

In responding to the ridiculous and Communist fashion which Dick’s was engaging in to destroy their perfectly good inventory of firearms, Springfield Armory wrote, “It is clear where Dick’s Sporting Goods and its subsidiary, Field & Stream, stand on the Second Amendment, and we want to be clear about our message in response.  Their position runs counter to what we stand for as a company. At Springfield Armory, we believe in the right and principles fought for and secured by American patriots and our founding forefathers, without question. We will not accept Dick’s Sporting Goods’ continued attempts to deny Second Amendment freedoms to our fellow Americans.”

On the heels of these gun manufacturers, comes the latest from O.F. Mossberg & Sons Inc., the parent company of Mossberg guns.

The company announced Wednesday they would no longer be doing business with the sports retailer.  And why?  It’s because Dick’s not only made a policy change and engaged in illegal discrimination against buyers, but they hired three DC lobbyists to push for gun confiscation efforts, according to National Review.

“It has come to our attention that Dick’s Sporting Goods recently hired lobbyists on Capitol Hill to promote additional gun control,” Mossberg & Sons CEO Iver Mossberg wrote in a press release. “Make no mistake, Mossberg is a staunch supporter of the U.S. Constitution and our Second Amendment rights, and we fully disagree with Dick’s Sporting Goods’ recent anti-Second Amendment actions.”

The company then called on its customers to “visit one of the thousands of pro-Second Amendment firearm retailers.”

Ammunitions suppliers, as well as other vendors who are not related to guns, should follow suit and part ways with anti-American retailers like Dick’s too.

I say anti-American because you know when a person like Senator Dianne Feinstein calls the company’s president a “great American” for his anti-Second Amendment stance that they are merely comrades, not patriots.

The Second Amendment protects a right, not a privilege.  As such, it is not open for a debate in the same way free speech, freedom of religion and the free press are not open for debate.