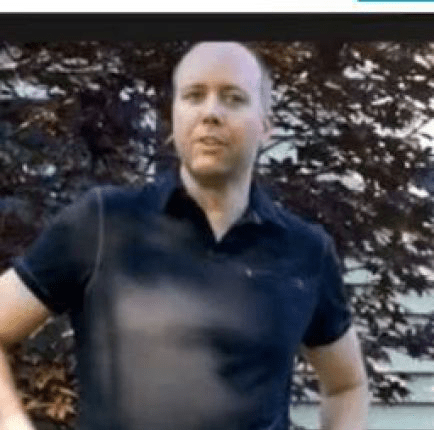 Flush with money — of a reported $150 million from Seagram heiresses Sara and Clare Bronfman — NXIVM founder/leader Keith Raniere wielded the same method of another cult, Scientology, by aggressively going after apostates and critics with bankrupting lawsuits.

But NXIVM has done even Scientology one better in another grotesque method used on followers — NXIVM physician Dr. Brandon Porter, 44 — an internist in Albany, NY, affiliated with St. Peter’s Hospital — conducted “fright” experiments on NXIVM women, all the better to intimidate and cower them into submission as mindless sex-slaves.

The New York Post reports, May 5, 2018, that Porter has been charged by a state oversight board, NY Office of Professional Medical Conduct (OPMC), with illegally conducting human experiments.

The action comes 8 months after the New York Health Department had refused to act on a complaint in August 2017 from former cult member, Canadian actress Jennifer Kobelt, who claimed that Dr. Porter had forced her to watch disturbing rape and dismemberment videos for a “fright study” he was conducting. Kobelt says Porter may have performed his “fright study” on as many as 100 people, and that he began showing her violent images without warning:

“He continued to film my reaction for at least 10 minutes as I just sat there, dry heaving like I was going to puke and crying very hard. He failed me, not only as a friend but as the medical practitioner I had trusted on numerous occasions with my health while I was in New York.”

But in a Sept. 6, 2017 letter, the state’s OPMC told Kobelt they would not investigate Porter because “the issues you have described are not medical misconduct.”

Now that the federal government has arrested Raniere and his second-in-command, actress Allison Mack, OMPC is accusing Porter of moral unfitness, gross negligence and gross incompetence among other charges, including: