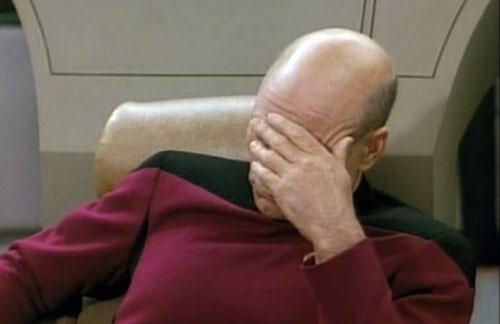 Is the world getting weirder, or are we just more aware of strange happenings due to the 24/7 news cycle courtesy of the Internet?

I suspect it is a bit of both. Either way, a quick scan of the news this week makes one wonder what exactly is happening to humanity.

A heartbreaking video shows young children throwing rocks at a four-year-old preschool classmate…allegedly at the direction of a TEACHER.

A teacher at the daycare went to police on April 26 and filed a report.

According to the woman, she and other workers were outside with kids when she noticed another teacher tell a child to sit down. The four-year-old allegedly picked up some rocks and threw them on the ground.

The complainant told police the other teacher then told students to throw rocks at the boy to teach him a lesson. The kids listened and the troubling video shows at least a half-dozen kids pelting the child with rocks.

A new Kansas law makes it a crime for police to have sex with people they pull over for traffic violations or detain in criminal investigations.

You are probably wondering the same thing I was when I first heard about this: Was this actually LEGAL before this new law was passed?

The answer to that question is quite shocking: Kansas was one of 33 states where consensual sex between police and people in their custody wasn’t a crime.

The new law bans sexual relations “during the course of a traffic stop, a custodial interrogation, an interview in connection with an investigation, or while the law enforcement officer has such person detained.”

Getting away with sex on the job would be a lot harder for police officers now, because most stops are recorded on body cameras, said Rep. John Whitmer, R-Wichita, and also a member of the Judiciary Committee.

A man says his dog inadvertently shot him while they were roughhousing Wednesday, reports CBS News:

Fifty-one-year-old Richard Remme, of Fort Dodge, told police he was playing with his dog, Balew, on the couch and tossed the dog off his lap. He says when the pit bull-Labrador mix bounded back up, he must have disabled the safety on the gun in his belly band and stepped on the trigger.

The gun fired, striking one of Remme’s legs. He was treated at a hospital and released later that day.

Florida man is at it again…

John Robert Carr Jr. tried to hide his girlfriend, Krystle Lee Anderson, from the cops by putting her in a plastic storage container. Anderson was wanted for failure to appear in Orange County in a 2015 case in which she was accused of trying to rob a Burger King with a BB gun, according to The Lakeland Ledger. Anderson was shot and lost her legs in the incident.

Brace yourself for this story out of Arizona…

A woman who allegedly sent over 65,000 texts to the object of her desire was arrested Tuesday on charges of threatening, stalking and harassment.

According to SF Gate, 31-year-old Jacqueline Ades, of Phoenix, flooded the man’s cellphone with text messages — sometimes up to 500 in a day — after they met online and went on a date last summer.

“The police report alleges that a single date turned into a fatal attraction nightmare for the unidentified man, which culminated in Ades allegedly showing up at his home with a butcher knife in her car, praising Adolf Hitler, and claiming she was his wife,” reports Heavy. Ades said she wanted to bathe in her unnamed victim’s blood.

Oh, and she reportedly broke into the man’s house and took a bath in his tub.

According to the police report, the text messages were vile and disturbing.

“U do whatever u have to do to get here…but don’t ever try to leave me…I’ll kill you… I don’t wanna be a murderer!!!” read one message the man received, according to the report.

“I’d wear ur fascia n the top of ur skull n ur hands n feet” and “oh what would I do w ur blood…Id wanna bathe in it,” police claim other texts stated.

And, perhaps the most disturbing story of the week…

Brandon Lecroy, a white man from South Carolina, offered $500 to a hit man to kill his black neighbor, hang his body from a tree, and burn a cross on his lawn.

Thankfully, the hit man was really an undercover officer.

From the Winston-Salem Journal:

Lecroy sent the undercover officer pictures of the neighbor he wanted killed in the small town of Hodges in Greenwood County, according to court papers.

The affidavit did not explain why Lecroy allegedly wanted to kill his neighbor, but he did tell the officer “$500 and he’s a ghost.”

According to the affidavit, reports Fox 8, an FBI informant told investigators in March that Lecroy contacted a white supremacist organization, and “indicated that he wanted to seek assistance with the murder of his African-American neighbor.”

The next day, Lecroy talked by phone to an undercover FBI agent in Virginia, and allegedly made an arrangement with the undercover agent “to pay for the murder of his neighbor,” according to court documents.

In a phone call two days later, Lecroy reaffirmed the agreement and gave the undercover agent “further intelligence on when to best … commit the murder as well as plans to take over the victim’s property,” the affidavit says.

On April 9, Lecroy met the undercover agent in Greenwood, South Carolina, discussed “future targets,” and gave the agent “a $100 cash down payment with acknowledgment that this payment was for the murder of his neighbor,” the affidavit says.

If convicted on all charges, Lecroy could receive up to 10 years in prison and be fined up to $250,000, prosecutors said.

There is probably a lot more good going on in the world than bad, but stories like this stand out – and can serve as cautionary tales.