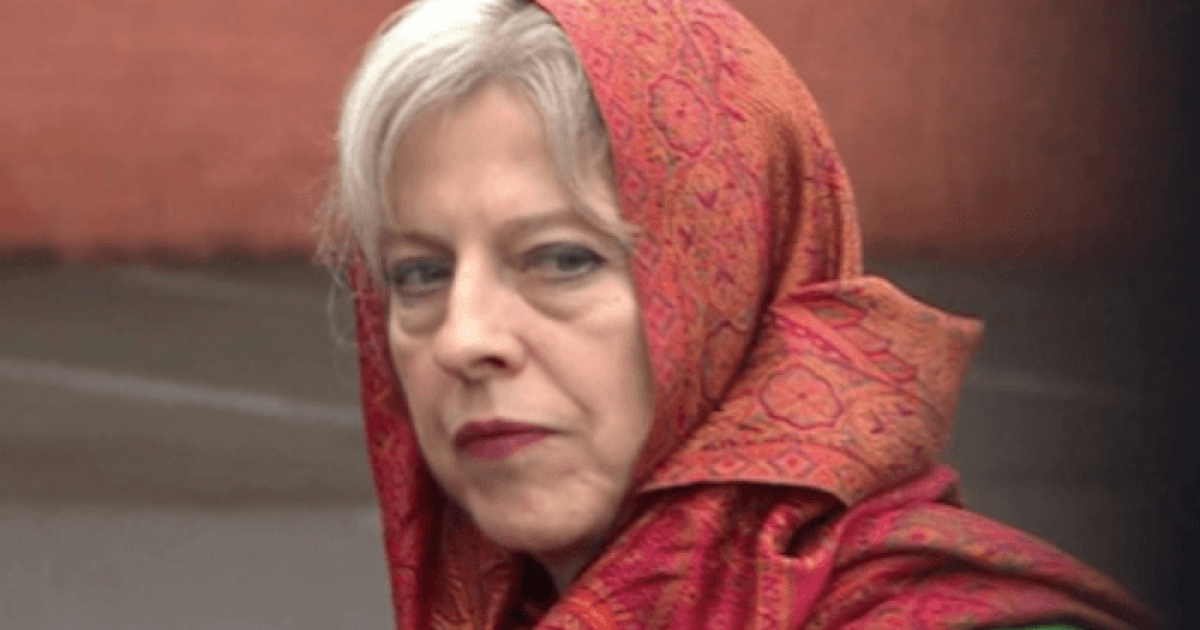 The draft law speaks only about criticizing “religion,” but everyone knows which religion is meant.

No one is going to go to prison for criticizing Christianity or Judaism.

This is more of Britain’s gallop toward Sharia and ruin.

People promoting “hostility” towards a religion or the transgendered online could get much harsher sentences, of up to six years in jail, especial if they have a large online audience according to new proposals.

The Sentencing Council for England and Wales has drafted changes to public order offences, including anyone perceived as targeting online a “protected characteristics” including “race; sex; disability; age; sexual orientation; religion or belief; pregnancy and maternity; and gender reassignment.”

The most severe punishments will be handed to those “in a position of trust, authority or influence and abuses their position to stir up hatred,” such as political leaders or figureheads and anyone whose offences are “persistent.”

If an “offender was a member of, or was associated with, a group promoting hostility based on race or religion,” their sentence will also be harsher.

The Sentencing Council believes that the use of social media, YouTube, and other “websites” to stir hatred is a growing problem – despite the number of prosecutions remain relatively low.

“Volumes of these offences are extremely low and there have been no offenders sentenced for some offences,” the Sentencing Council said.

“However, given the recent social climate and an enhanced focus on this type of offending, the council considers it would be useful for sentencers to be equipped with guidance on sentencing these offences,” they continue.

Adding: “Among the cases analysed there were a number of ‘hate speech’ type offences, where inflammatory speeches were given by influential figures with the intention of stirring up racial hatred.

“Other cases involved publication on YouTube of content inciting serious violence towards particular racial or religious groups, websites being published including abusive and insulting content, with some activity continuing over a long period of time and intended to reach global audiences.”…