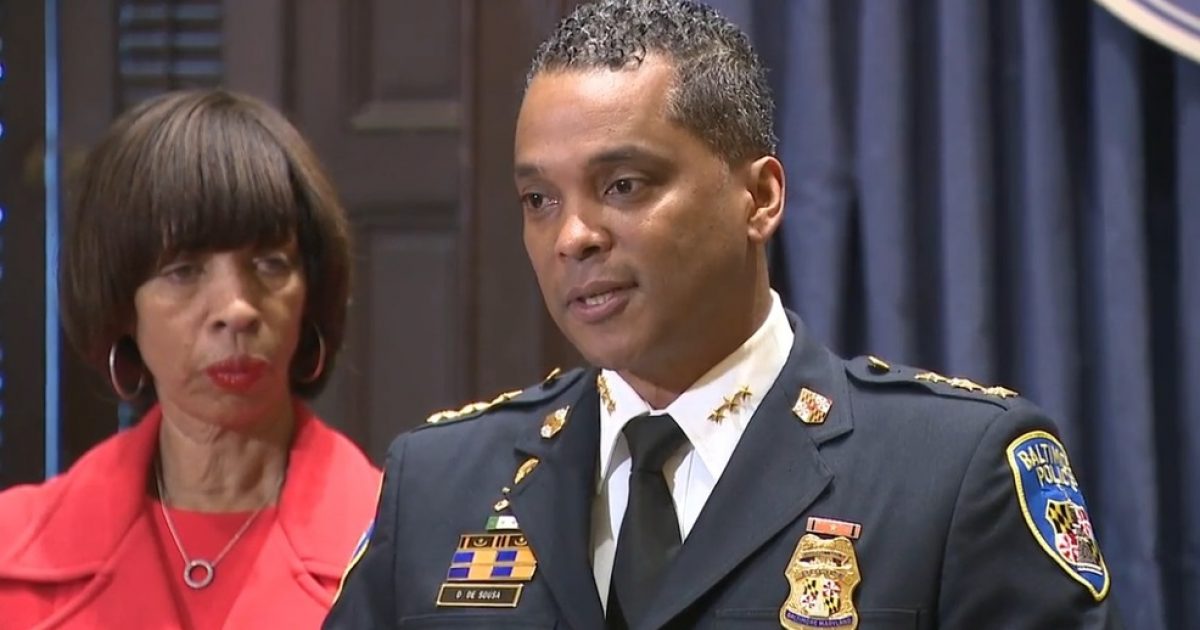 Baltimore Police Commissioner Darryl De Sousa has been charged with failure to file his federal taxes and faces jail time.

DeSousa, 53, has been charged with three misdemeanor counts of failure to file a US tax return and is facing a maximum sentence of one year in prison and a $25,000 fine for each separate charge of the three counts.

Federal prosecutors announced Thursday that De Sousa failed to file a federal return for 2013, 2014 and 2015, while he was employed by the Baltimore Police Department.

“I fully admit to failing to file my personal Federal and State taxes for 2013, 2014 and 2015. I did file my 2016 taxes and received an extension for my 2017 taxes. I have been working to satisfy the filing requirements and, to that end, have been working with a registered tax advisor.

To be clear, I have paid Federal, state and local taxes regularly through the salary withholding process.

While there is no excuse for my failure to fulfil my obligations as a citizen and public official, my only explanation is that I failed to sufficiently prioritize my personal affairs. Naturally, this is a source of embarrassment for me and I deeply regret any embarrassment it has caused the Police Department and the City of Baltimore. I accept full responsibility for this mistake and am committed to resolving this situation as quickly as possible.”

The Baltimore City Fraternal Order of Police released a statement that urged De Sousa to “relieve himself of his duties, effective immediately, until this matter is resolved.”

As Commissioner De Sousa has explained, he made a mistake in not filing his taxes for the years in question. He is working to resolve this matter and has assured me that he will do so as quickly as possible. I have full confidence in Darryl De Sousa in his capacity as Commissioner of the Baltimore Police Department and trust that he will continue to focus on our number one priority of reducing violence.

Wait, what?  Full confidence in him?  How can this be?

De Sousa is the same Police Commissioner who oversaw six members of the city’s elite Gun Trace Task Force (GTTF) plead guilty to stealing from civilians and selling confiscated guns and drugs back onto the streets. They, in turn, testified against the two other members who claimed innocence. A five-man drug crew, a bail bondsman, and two other civilians were also convicted.

At that time, De Sousa said, “We recognize that this indictment and subsequent trial uncovered some of the most egregious and despicable acts ever perpetrated in law enforcement.  Let me make it clear: I have ZERO TOLERANCE for corruption.”

Apparently not at the top, eh Commissioner Sousa?  Because of that corruption, a Maryland State Delegate called for a disbanding of the Baltimore Police Department and starting over from square one.

Consider that Baltimore is still trying to find out why one of their officers, homicide detective Sean Suiter, who was to testify in this case, was shot dead just one day before his testimony, and many people believe there is a coverup going on in that “investigation.”

Let’s see what sort of deal Commissioner Sousa strikes with the feds.  I’ll bet it will be a good one, one that keeps him out of jail.

To tell you the truth, I abhor income taxes and think it is a form of thuggery as it assumes government has a right to the fruit of the people’s labor, which they don’t.  It is a form of organized crime against the people.  However, one has to consider if there is something more going on here than mere failure to file income tax forms over the course of those years.  Was he somehow corrupt himself concerning money he was taking in?  One should ponder that considering the overall corruption of the BPD.